3 Ways Retail Can Embrace Mobile to Profit and Thrive

I spent the weekend shopping for groceries, a wedding gift and waiting while my wife shopped for a dress for an upcoming wedding and in the process discovered several ways retailers can embrace mobile technology to attract customers and increase profits.

In order to save time and money I shop for many items online, but when needed I head to local retailers to find a last-minute item or when purchasing something that needs tried on. Retail stores have rolled out apps en masse, but most fail to capitalize on the potential of mobile in retail stores.

The experience of shopping is not something I find enjoyable, but retailers can do their part to draw me back into local stores and get more of my money. 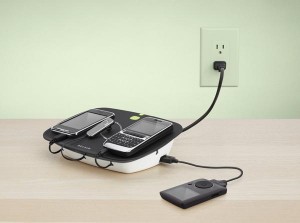 This trip was rather short, but everyone spends time waiting for a spouse to find the right dress or suite while shopping. I spend this time reading ebooks, surfing the web and playing games on my iPhone.

This presents two problems. Cell phone signals in malls are awful, which means no web surfing and horrible battery life from the bad signal and gaming

Instead of providing an uncomfortable chair and a few 3-year-old fashion magazines, clothing stores could offer 3 or 4 iPhone and Android chargers and in store WiFi.

A $30 smart charger from Belkin could serve the needs of a small clothing store like Maurices. 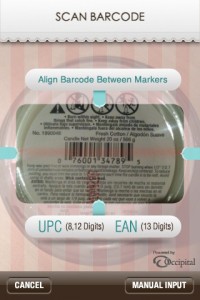 Better integration of apps and retail.

My next stop was Kohl’s, a department store which my cousin and his fiancé used as a wedding registry. If you want to take a trip down memory lane, head to Kohl’s and try to shop a wedding registry. Not only is there an antiquated touch screen kiosk with a printer, there’s no integration of what’s in stock. Did I mention the wedding registry kiosk still uses an ABCDE keyboard layout instead of QWERTY, even though its safe to say that most users have used a keyboard at some point in their life.

Instead of wasting money on printing pages of wedding gifts, Kohl’s and other retailers need to integrate the wedding registry with their apps. This would have saved paper and time on Sunday, especially if they integrated in stock information.

After printing off the list we tried to find a clock, but had no luck. Eventually two employees tried to help us find the clock, but gave up, even though their back-end system said that two were in stock.

Apps like WeddingScan are part of the wedding registry app solution.

Finding a specific item in a store is a challenge. The problem is especially bad in grocery stores and department stores where there are several logical places for an item.

Meijer’s new app claims to show me where to find items, but the app lists no locations for any items at my local store and the maps are ridiculously vague. Most users can tell that the half of the store with food signage is the grocery side, what we want is to know which aisles have spices or hard to find items.

The wedding registry app I mentioned could even direct users to the right section of the store to find specific items, instead of relying on employees that are already busy.

Aisle411 offers in store item locations in many grocery stores, but unfortunately my local grocery store is not one of them. If you need to find a specific item at your grocery store, download Aisle411 for iPhone or Android.

How would you improve the retail shopping experience?