The iPhone is a great phone with plenty of great features, but Apple’s darling falls flat in several key places.

After using the iPhone 4S since launch, there are a number of things I hate about the iPhone platform.

(Read: 5 Things I Hate about Android)

Email on the iPhone 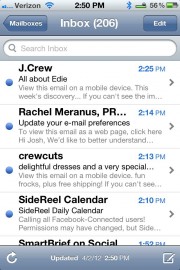 After using Gmail on Android, it’s hard to find an app that compares on the iPhone.

The Mail App is useless for someone who receives upwards of 4,000 emails a month and relies on Priority Inbox just to tread water in a sea of email.

The Gmail app for the iPhone is a joke.

Sparrow for iPhone offers a better solution, bringing the iPhone closer to Android’s ability to handle multiple email addresses and priority inbox, but it’s still not as good at taking me straight to my important messages.

I can finally use the iPhone for email, but I still hate trying to email on the iPhone. 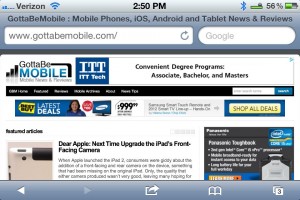 If I had a nickel for every time I tried to enter a URL in search and a search in the URL bar I wouldn’t need to play the Mega Millions lottery this week.

Why Apple continues to stick with this antiquated dedicated box setup is beyond me.

There are alternative browsers available, but unlike Android I cannot set Dolphin to be my default browser.

This means anytime I open a link from email or any app I will be back in Safari. If I need to search further based on that link, jumping out of Safari to Dolphin is a pain.

Safari for OS X Mountain Lion has a single bar, so hopefully the next version of iOS will too.

Apple loves to tuck settings away into a neat little Settings icon. That’s great for some settings and users, but what about people like me who want to toggle settings swiftly.

I have to tap four times to toggle Bluetooth on the iPhone, three times to turn WiFi on or off and more to change other often used settings.

Even the cheapest lowest end phones running Android have a widget or a pull down menu that lets you turn these settings off and on with one tap.

Why Apple hasn’t incorporated something similar into the Notification center is beyond me. 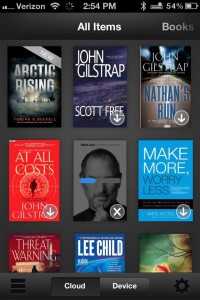 When you want to buy a new Kindle ebook or any other type of media in an app on Android, it’s right there. On the iPhone Apple charges 30% of the purchase price.

This means that Amazon doesn’t let you buy books within the Kindle app. Neither does Audible and a collection of other apps.

Instead, you need to go to the web to make your purchase. Sure, this can be done on the iPhone, but it’s a pain for me and a roadblock for less experienced users.

If you don’t think this is an Apple issue, you’re missing the whole reason behind this. I know that Apple wants to push iTunes and iBooks, but that doesn’t mean I have to like it.

The Need to Jailbreak

Before you comment to tell me that i can do everything I want on the iPhone if I jailbreak, stop.

I’ve jailbroken my iPhone before and it wasn’t as awesome as rooting my Android phone. Instead of worlds of awesome, I experienced weird behavior and bad battery life. Go ahead and tell me I was doing something wrong, but I just wanted to try a few basic jailbreak apps.

Even the apps I really wanted ended up failing half the time, so I didn’t bother purchasing full versions.

I hate that I have to jailbreak my iPhone to get access to the features and apps I want.

Most of Apple’s issues can be addressed in software, while many of my complaints about Android are tied to the hardware.

What do you hate about the iPhone?