Is FIFA 16 more than a roster update and a new skin on new teams? After playing nearly two-dozen games on Xbox One and PS4 it is clear that EA is ready to deliver changes.

Use this overview to see how these changes impact FIFA 16 gameplay in this comparison of FIFA 16 vs FIFA 15. 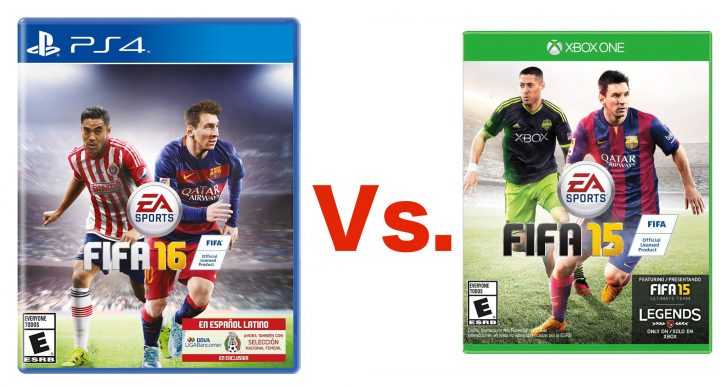 The new FIFA 16 release delivers the biggest changes to users who play the new game on Xbox One, PS4 and PC — while FIFA 16 on older consoles does not get all these new features and options.

The FIFA 16 release date arrived in September, and there is still a free demo that you can use to test the game out for yourself on Xbox One, PS4 and PC.

We will not see FIFA 17 until around September 2016, so if you want a soccer game you will likely be comparing last year’s FIFA 15 and the new FIFA 16. With deals dropping the price of FIFA 16 to $39.99 on sale, there are clear benefits to buying the newest version.

There are FIFA 16 vs FIFA 15 graphical upgrades that are very clear in replays, with improved player likeness. During gameplay FIFA 16 graphics do look better than FIFA 15, but the biggest changes are in the real gameplay.

Gamers who want to play a smarter game of soccer will appreciate what FIFA 16 brings to the table. It may not be a perfect soccer game, but there are changes from FIFA 15 that I appreciate and I think you will too.