The Samsung Galaxy S4 32GB, which has remained an elusive device, will be hitting the United States starting on May 10th when it will be arriving on AT&T’s 4G LTE network.

AT&T confirmed to Gotta Be Mobile that the Samsung Galaxy S4 32GB, which was announced as coming soon for $250 on-contract, will be hitting shelves on May 10th for $250 on-contract. This means that AT&T will likely become the first U.S. carrier to offer a Galaxy S4 with anything other than 16GB of internal storage space, something that has come under intense scrutiny over the past few days. 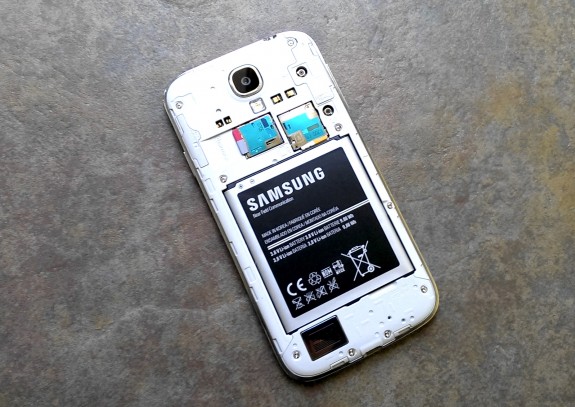 Since launch, prospective and current Galaxy S4 owners have been complaining about the fact that the 16GB Galaxy S4 model only comes with about half of its internal storage space available, forcing users to buy a microSD card to expand their total amount of storage for things like photos, video and more. And as we’ve pointed out, the microSD card itself is worthless, meaning those who truly need the extra storage, really do need a 32GB or 64GB model.

Thus far, AT&T is the only carrier to confirm a 32GB Galaxy S4 with Sprint and T-Mobile remaining silent about the prospects, U.S. Cellular leaving the door open and Verizon telling us outright that it does not plan to carry a 32GB model.

This means that at the moment, AT&T is going to be the only option for those that need extra storage space on their Samsung Galaxy S4 in the United States. We imagine that it’s possible that other carriers will latch on to the idea thanks to demand but thus far, no one is showing their hand, other than AT&T.

The release of the 32GB Galaxy S4 comes just a few days after AT&T released the 16GB model which checks in with a price tag of $199.99, $50 cheaper than the Galaxy S4 32GB. Like the 32GB model, the 16GB also has a 5-inch 1080p display, quad-core processor, 13MP camera, Android 4.2 Jelly Bean and all of the software features that Samsung has fastened aboard the device.