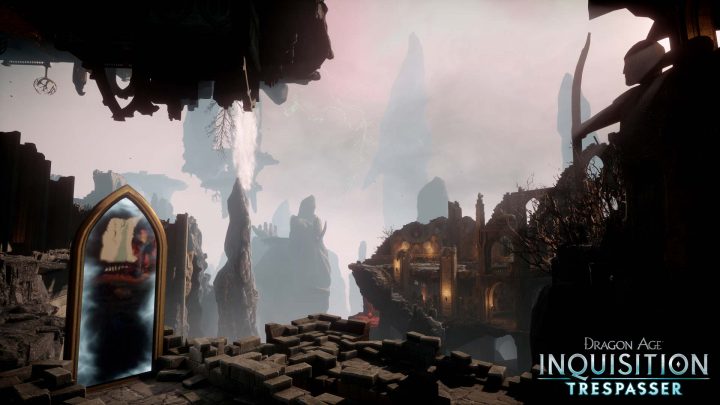 Before the Dragon Age: Inquisition Trespasser DLC can arrive, Bioware has a pretty decent title update coming to add more new features that users have requested. Coming for Xbox One, PS4 and Windows PCs sometime soon, this Dragon Age Inquisition update will add a few house keeping items that users wished were in the game at launch.

A special Golden Nug statue within the player’s castle will let them sync the collectibles they’ve earned across different game saves once they’ve completed the main story. Trinkets are added to an online collection of collectibles, which are accessible to new characters whether they’ve finished the game or not. Crafting schematics, downloadable content packs, mounts, Skyhold decorations can be synced using the Golden Nug statue. Unfortunately, potion upgrades can’t be. Bioware is billing the feature edition as something akin to adding a Game+ mode for those who want to keep their items even when they start a new character. For example, Batman Arkham Knight lets players go through its story again with all the gadgets they earned in their previous play through.

Skyhold is the castle that players have as their home base in the game. Weapons are created there and different characters send the player on new quests from there too. Soon Skyhold will include a changing room complete with some pre-made outfits for players. “It comes pre-loaded with about a dozen outfits of varying colors.” Bioware says that the new Skyhold wardrobe will be accessible from the player’s bedroom at the top of the castle.

Dragon Age Inquisition Trespasser will let players meetup with old friends and uncover one last threat before they’re done with the game. Also included are looks at the future of Thedas, the land the Inquisition initially rises to protect. Today’s post on the Dragon Age Blog indicates that players themselves will decide the fate of their Inquisition. That’s a nice touch considering Dragon Age Inquisition is a role-playing game meant to give users a choice as to which direction their play-through goes in.

Today’s post ends with Bioware declaring that it’s done with Dragon Age Inquisition. “This content marks the end of our time with the Inquisition.” That makes sense as Electronic Arts recently added the game to its EA Access subscription service. That’s the $4.99 monthly Xbox One add-on service that lets users download as many games as they want from EA’s Vault, complete with downloadable content. Dragon Age Inquisition launched on November 18th for the Xbox One, Xbox 360, PS3 and PS4.