The WeTab tablet is getting a lot of attention here at IDF 2010. Inel is using it to showcase its AppUp store on the show floor, it was used an example of a good tablet experience during today’s keynote and the man behind WeTab even took the stage. 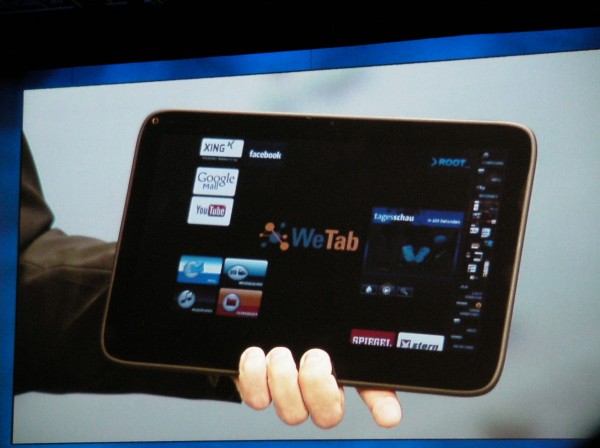 The WeTab’s touch centric is very attractive and I hope to get some hands-on time with the device later today. The WeTab rep said it will go on sale next week in Germany, but there’s no word on pricing or U.S. Availability.  Keep an eye on the WeTab store and sign up for alerts if you hope to snag one.