Cut the Rope 2 updates one of the most inventive and fun games to hit the iPad and iPhone. The original boosted the physics game category that featured the cute Om Nom. This creature needed peppermints and the player helped deliver them via some physics puzzles where the user cut ropes to drop candy into his mouth to move on to the next level. Cut the Rope 2 continues the fun, but the ridiculous in-app purchases derail what many believed was one of the most enjoyable physics games on iOS.

In-app purchases allow developers to offer apps for free, sometimes with limited functionality, and then ask buyers to pay for extras. The system began as a way to offer upgrades, or produce a kind of trial version that buyers could then pay to unlock extra features. Today, it’s a way for developers to nickel-and-dime their customers, sometimes out of hundreds of dollars. Even more insulting, Cut the Rope 2 sells for $.99 in the App Store and still charges for tons of in-app purchases. Charging a fee for an app used to signal that in-app purchases would not dominate the app, but that’s no longer true. 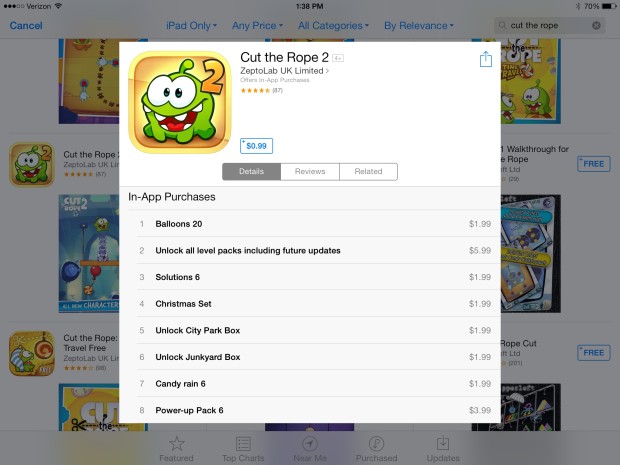 Avoid Getting Burned by In-app Purchases

Buyers can see a list of top in-app purchases before hitting “Buy” in the App Store. Never buy an app without looking at the list towards the bottom of an app’s page in the App Store (see above).

If the list looks long or the numbers seem low, that’s not a good sign. It usually means the developer requires repeated small in-app purchases that can total more than one big one fee. If the list includes things like “coins” or “powerups,” then that’s a sign the app will pilfer gamers with silly purchases needed to get the most out of the game.

These small in-app purchases keep gamers waiting for minutes, hours and sometimes days before they can continue. They serve as a kind of extortion or ransom the player must pay to get through to the next level. Others require players to buy a certain tool to complete a task.

Sometimes in-app purchases work. For example, a drawing app called Paper (free) uses in-app purchases to offer advanced art tools. No one ever had to pay more for these tools if the basic tools satisfied their artistic use of the app. Plenty of people created nice drawings without paying anything extra. However, to get the advanced drawing tools, an artist could pay up to $7. This added more colors and a wider variety of pens or brushes.

The in-app purchase works great in the case of Paper and similar apps because the app offers useful functionality from the start and never stops the user from enjoying the app in its basic form. However, those who want or need the advanced features can get them at a reasonable price. If the Paper developers charged double what we pay now for the advanced tools, they’d still offer a fair price.

Using in-app purchases for feature upgrades also works. Some developers upgrade their app and let users download this version for free. They keep all the previous features intact but add new features and let users pay to unlock them. Unreasonable iOS users often slam developers in the app reviews for doing this. That’s because an unwritten rule said all app updates should come free forever. That’s unreasonable since developers need to make a living. There’s no incentive to add features in this system. We don’t mind a small fee to get useful new features if we can still use the app the way we used it before the upgrade and if the upgrade fee isn’t unreasonable. 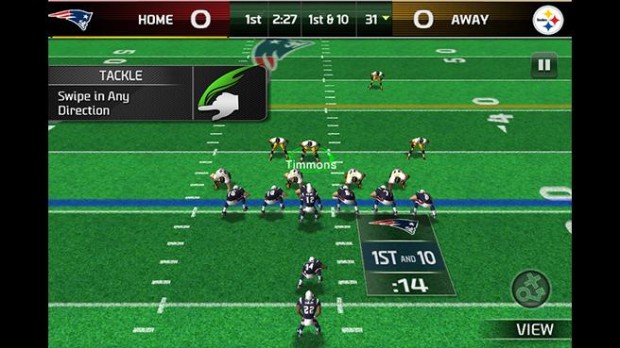 Here’s a third valid use for the in-app purchase. What if EA Sports charged nothing for Madden 25, but only let users play quick games leaving things like campaigns or career modes for those willing to pay extra? That seems like a fair use of in-app purchases, so long as EA Sports only charges one time until the next season comes around. Then they can keep the current features free in the update, but add a new season or new features for an extra fee. That’s like buying the new version of Madden each season for a decent price. Madden fans did that for years before the App Store.

We understand that developers couldn’t keep making games at the same prices introduced when the iPad launched in 2010. Most games cost $5 or less. Either charge what it takes to make a fair profit at the outset or use the above models to pad profits enough to keep development going. Stop charging for every little thing over and over making it feel like I need to pay a buck or two ever time I play the game. Doing so kills the fun of iOS gaming.

Developers ruined a bunch of games over the last couple of years due to the dreaded in-app purchase. They will let players play for a round or two, but force users to hit “Buy” almost every time they fire up the game. 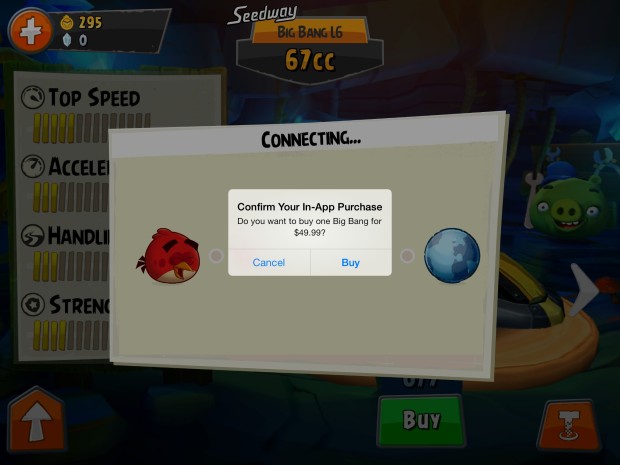 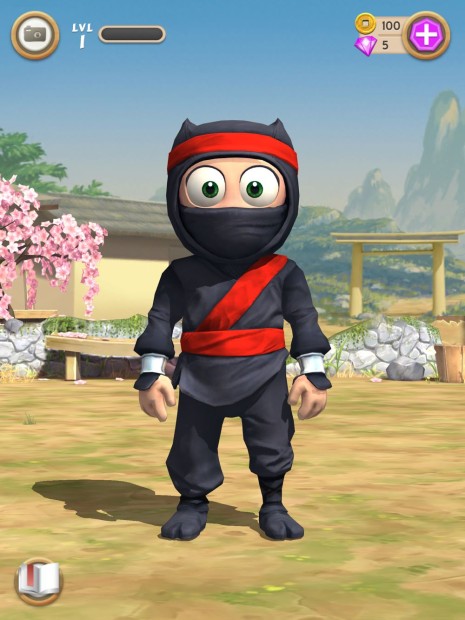 My iPad used to serve as my primary gaming platform. Thanks to in-app purchases, I seldom bother.

The dreaded in-app purchase stops only when gullible players quit buying coins, donuts or whatever ridiculous digital currency required to continue a game. If you’re one of those people, please stop. If we could all just quit playing these kinds of games, then developers would quit ruining iPad gaming.