The impressive new HTC 10 with its sleek metal curves and powerful front facing speakers is coming soon, with the release date set for early May. Once it arrives from carriers in the United States buyers will need cases, chargers, headphones and other accessories for the new flagship phone. Here are some exciting accessories for the HTC 10 made exclusively by HTC or their partners.

On April 12th HTC took the stage for an online event to announce a successor to the mildly popular HTC One M9 from 2015. That of course is the beautiful new HTC 10 with a fresh new look, cleaner and simpler version of Android, a great camera, fingerprint scanner and more. It’s HTC’s best smartphone in years and has a lot to offer.

During the announcement of this bold new smartphone HTC made sure they talked about a few accessories for the phone. Two being the new Dot View case, which has been popular in the past, and some unique new JBL headphones that connect via USB Type-C rather than a 3.5mm headphone jack. HTC has multiple exciting accessories, and below is everything buyers need to know. 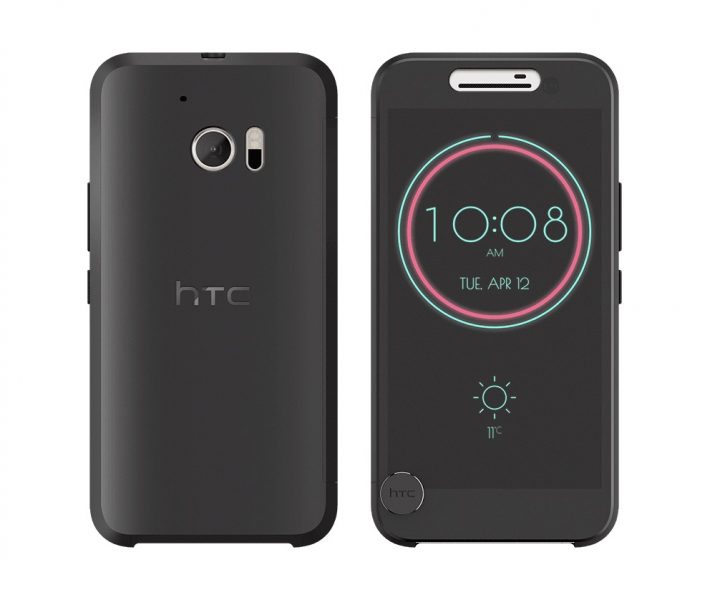 The HTC 10 is stacking up to be their best phone in years, and one of the best Android devices of 2016. With a beautiful 5.2-inch display, powerful speakers with one front-facing, a fingerprint scanner, all aluminum design, with tons of power and an impressive new camera. It’s rounded out with the latest version of Android 6.0.1 Marshmallow and a large extremely fast charging 3,000 mAh battery.

This is what HTC needed to get back into the smartphone game and compete with Samsung or Apple, and they’ve done exactly that.

When it comes to buying accessories, cases, chargers, and more for smartphones we have a lot of options. However, being an HTC device the options won’t be as endless as Samsung or Apple users, which is why HTC made a few great choices themselves.

Almost everything detailed below is brand new, designed for the HTC 10, or relatively new from HTC and will compliment the smartphone wonderfully. Without further ado, here’s some official accessories for the HTC 10, made by or in partnership with HTC. Click the arrow below to enjoy a slideshow of all the official accessories, and links to buy anything of interest. We’ll add more as other options become available.