It’s been exactly 30 days since iOS 7 was released to the masses, which has given app developers plenty of time to update their respective apps to support the newer iOS version. However, a lot of apps have yet to fully support iOS 7, and it’s not just the less-popular apps we’re talking about. Even the most-popular apps around still have yet to see full iOS 7 support.

While many apps have sent out updates that add features that take advantage of iOS 7, many of them don’t actually fully support the latest iOS version. An easy way to tell is if an app still uses the older iOS 6 keyboard. If so, the app hasn’t been updated to fully support iOS 7 yet. Here are 10 popular apps that have yet to see such an update. 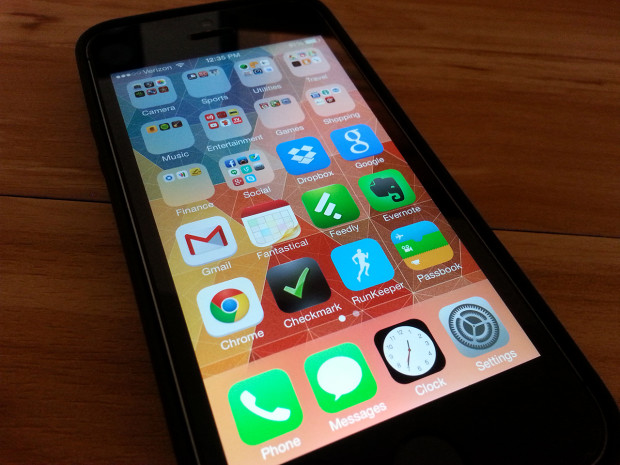 Tweetbot is one of the most popular Twitter clients on iOS and OS X, and yet, it still lacks any kind of iOS 7-esque redesign. The only updates the app has received since iOS 7 was released are simple bug fixes that make the app play nice with the new iOS update.

Other than that, the look has remained mostly the same since the iOS 5 days. This wouldn’t be a huge deal if the app was free, but seeing as how users are paying $2.99 for Tweetbot, it wouldn’t be too much trouble to ask for an iOS 7 redesign.

UPDATE: The developers of Tweetbot announced that they submitted an updated version to Apple for approval, so it looks like an iOS 7 version of Tweetbot is right around the corner.

These are all Google apps, so we shouldn’t be too surprised that the company isn’t updating them to fully support iOS 7, but seeing as how they all have iOS 7-like user interfaces, it wouldn’t be a huge deal to go ahead and add support for the iOS 7 keyboard. All of these apps look great on iOS 7; they have the minimalist, simplistic and flattened look of iOS 7, but it all goes to hell once the bubbly iOS 6 keyboard pops up when you go to search for something or start writing an email.

Feedly has been the most-popular RSS reader alternative since Google Reader shut down earlier this year, so many iOS users have been flocking to it over the past few months. However, its full iOS 7 support has been lacking. Like Google’s set of apps, Feedly sports a really sleek user interface that goes well with iOS 7, but it still uses the older keyboard. Granted, you don’t really use the keyboard that often in the app, but it’s a bit of a bummer that it’s using older code.

If there were two iOS apps that couldn’t have any uglier user interfaces, it would be these two. Spotify and Dropbox are one of the ugliest looking apps when compared to other apps that have been updated and redesigned for iOS 7. I still use both, but I puke in my mouth a little bit whenever I launch them. 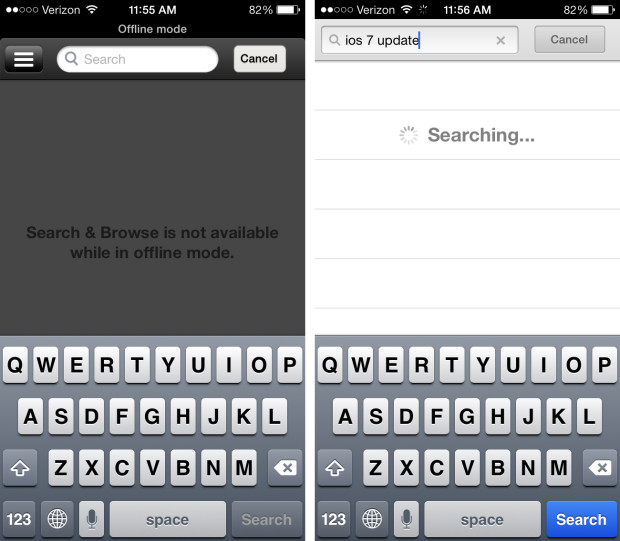 Spotify’s overall look and feel has remained mostly the same for a while now, and Dropbox also hasn’t seen a drastic redesign in a long time. However, when Spotify does redesign, they absolutely need to add more sorting features; how users aren’t able to sort by artist or track title in their playlists is beyond me.

SkyDrive certainly isn’t the most-popular cloud storage service, but it’s used by a lot of Microsoft and Windows users for obvious reasons, and it’s one of the few solutions that’s available on every platform natively. However, the iOS app needs updating. The company need to bring the same next-level file syncing that Flickr for iOS offers, as well as a redesign that blends in with iOS 7’s look and feel.

The largest coffee shop franchise in the entire universe hasn’t touched its iOS app in months. Of course, I’m talking about Starbucks. The last time the app was update was back in May, and the company hasn’t laid a finger on the app the entire summer when iOS 7 was in beta. Perhaps Starbucks’ priorities aren’t on its mobile apps, but tons of users take advantage of it every day to pay for their coffee, so what’s the holdup?

Travis Pope contributed to this article.