The iPhone comes with a handful of stock apps right out of the box. A handful of them are pretty good, but there are plenty of third-party options that are perhaps better than some of the stock apps on the iPhone.

Safari is one example of an exceptional app that doesn’t really need an alternative. There’s Google Chrome that could replace it, and it’s a really good mobile web browser for iOS, but it’s not really any better than Safari.

However, the same can’t be said for other iPhone apps. Calendar, Reminders, Notes, Weather, etc. are all apps that are mediocre at best, but with well over a million apps in the iTunes App Store, there are plenty of alternatives for these stock apps, and usually they’re way better.

If you’re tired of the default apps that come with your iPhone, here are ten alternatives that offer an improved interface and better features over their stock counterparts.

The Calendar app on iPhone isn’t bad at all. In fact, it has a really nice interface, but Fantastical has an even better interface, and its swipe gestures make it really easy to navigate around the app and to quickly switch between different calendar views.

The app’s DayTicker feature is something that you don’t see in calendar apps very often, providing you with a view of your daily events, with a horizontal red line that shows the current time, giving you an idea of how close your next event is on the calendar.

Fantastical is a bit on the pricy side when it comes to iPhone apps, as it’s $4.99, but you can usually find it on sale during holidays and it’s a price worth paying for.

The stock Mail on iPhone is rather bland, and if you use Gmail, you can’t take advantage of all the features if you use Apple’s email option. Therefore, we’d recommend using the actual Gmail app, as you can take advantage of tags, starred email, and switch between up to five different Gmail accounts.

Gmail can also auto-complete contact names as you type from your Google contacts or from your iPhone’s local contacts as well, and you can respond to Google Calendar invites right from the app (and it should get even better when the Google Calendar iOS app eventually releases).

The default camera is great for taking photos when you need to, but if you wish you could get more out of the iPhone’s camera, this is where Camera+ comes in handy.

Camera+ includes all sorts of features, including the ability to shoot full manual, which means you can adjust the focus, shutter speed, exposure, etc. all manually in order to get that perfect photo.

There’s also a horizontal leveler included so that your photos don’t come out crooked when taking photos of landscapes and such. Camera+ is $2.99, but it’s featured-filled to the brim.

The built-in Notes app on iPhone is pretty basic, giving users just a simple notepad to jot things down on, but with Evernote, you can do that as well, plus much more.

Evernote acts as a quick note-taking app, as well as a very basic word processor for typing longer-form stuff. Plus, a recent update to Evernote now gives the app the ability to offer reminders for those who forget things easily.

Yahoo Weather is way more feature-filled than the stock Weather app, coming with hourly temperatures and forecasts, as well as radar maps and when the sun will rise and set for the day. It’s also a beautiful-looking app that’s hard not to stare at.

The stock Videos app on the iPhone comes with the basics that can play a movie when you need it to. That’s great and all, but many users like more flexibility. PlayerXtreme HD is a video player on steroids. 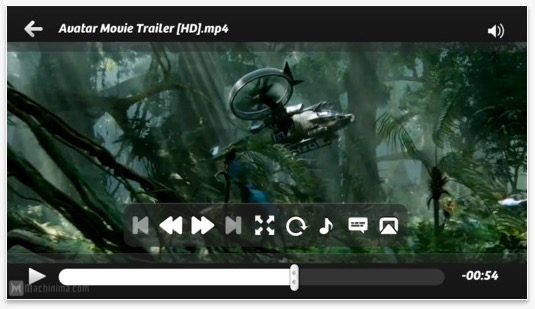 PlayerXtreme HD will play pretty much any video file you throw at it, and you can even access videos over your network, as the app comes with support for streaming from a network storage drive or another computer that’s connected to the same network.

When it comes to a hard-and-fast direct alternative to the stock iPhone Reminders app, Checkmark is about the best it gets.

Checkmark is still a bit more complex than many simpletons may like, but it takes way less time to create reminders than the stock Reminders app. It’s mostly the location-based reminders that can get a bit complex, as you have to add a location either by entering in an address or dropping a pin onto a map, and then create the reminder.

It’s a little pricy at $9.99, but it’s one of the best direct alternatives to the stock Reminders app that we’ve seen.

The stock calculator app is fine for pretty much any user, but Numerical is a third-party calculator app that looks good and it’s quicker to use than the stock app.

The biggest feature of the app is that there’s no equal button, which means that when you enter in a math problem, it will automatically provide the answer instantly, which speeds up the time it takes to come up with an answer.

It’s definitely a clever and awesome app in one, and the best part is that it’s completely free.

The Music app on iPhone is actually pretty good at what it does, but if you’d prefer more features (especially features that revolve around social), then Spotify is the best option by far.

With Spotify, you can stream any song that’s available in Spotify’s catalog whenever you want, as well as import your own music library so that you’ll never have to go without your own music. You can the $9.99 per month to get unlimited on-demand music whenever, or you can use it for free and simply just have access to the Radio portion.

iCloud Drive is Apple’s attempt taking on Dropbox, Google Drive and other cloud storage services, but Dropbox still remains one of the best options.

With apps for pretty much every platform, you can access your files from anywhere and on any of your devices, including the iPhone. It acts as its own file system, allowing you to create folders and put files into those folders and share them with anyone if you’d like.

The service is free, but you can pay a monthly fee to get more cloud storage if need be.