Windows 8.1, the free update that adds another layer of customizability and usability changes to Microsoft’s Windows 8 operating system, address many of functional issues that plagued the operating system early on. Gone are the one-size-fits-all Live Tiles and drab Start Screen options. Users can even open as many as seven different Metro-style applications at the same time Microsoft has already confirmed that Metro versions of its popular Office productivity suite of applications are coming to the Windows Store in native touch-friendly versions. Really, the problem is they need to get here sooner than later.

Windows may have the Weave newsreader application but sometimes you just need the segment leader to come in and take ownership of a particular category. Feedly does this for news readers on other platforms. No it isn’t perfect, but it’s what the rest of the world is using now. 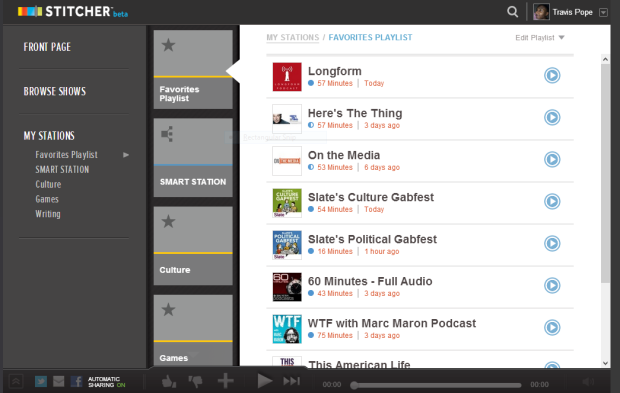 Just so we’re clear, there are absolutely, no quality podcasting applications in the Window Store. At least, there aren’t any that connect to other podcasting services on other platforms or sync to anything other than the Windows Store apps. Stitcher is quickly becoming the standard podcasting application on other platforms. Windows podcast support missing from Microsoft’s own Windows apps, Stitcher is badly needed. Microsoft made a lot of headlines for publicly announcing that it’d asked Apple to create a version of iTunes created specifically so that users could sync their iPhone to Windows machines running Windows 8.1. Of course, it’s unlikely that Apple will ever do this, the company has been pretty straight forward about not accidentally enhancing the platforms of competitors. Still, people use iTunes and there’s no established competitor available in the Windows Store aside from Xbox Music and Xbox Video. Gmail is one of those applications that isn’t really necessary, but really is essential to establishing Windows Store applications as legitimate alternatives to Windows. Users can add their Gmail accounts and Google Calendar information through the native email and calendar clients. However, neither of these applications offer the breadth of features that Google would make available in a native application.

Of course, there are more. In order for Windows Store applications to really begin acting as counterparts to Desktop applications, Microsoft will need to continue pushing independent developers to create more applications that enable new experiences.