Are you a Google Chromecaster? Sort of sounds a bit magical. But slinging digital content from a mobile device to your TV isn’t as magical as it used to be. If you own a Google Chromecast dongle and like to view content from your mobile device or from your Chrome browser then Google has just announced new support for 10 Apps that allow you to view more digital content on your bigger screen. 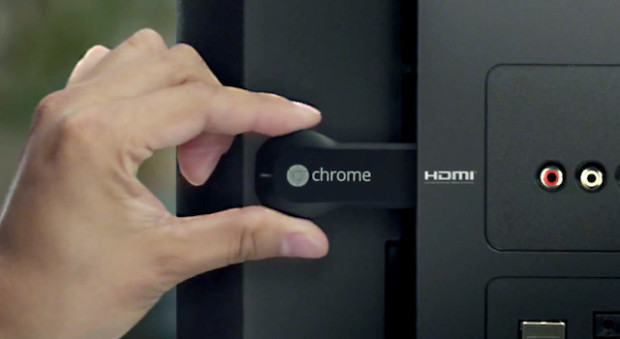 The list of new Apps include: VEVO, Red Bull.TV, Songza, PostTV, Viki, Revision 3, Beyond Pod for checking out streaming video and music content for those services. For those who want to take a look at their own content new Apps from Plex, Avia, or RealPlayer Cloud are also becoming available in this new wave.

Google Chromecast is a $35 dongle that attaches to a HDMI port on your TV. With Chromecast Apps available on Android or iOS, you can tap a button that sends the content to your big screen. Prior to this roll out of new Apps, other content Apps that supported Chromecast included Netflix, HBOGo, Hulu+, Pandora, YouTube, Google Play Music, and Google Play TV and Movies.

The Google Chrome Blog says that updates to the new Apps supporting Google Chromecast should be rolling out in the next few days and that you need the latest versions of Android and iOS installed. I’m not sure what that means for Android users, but I assume that means 7.0.4 for iOS users. Those interested in Plex should know that you need a PlexPass subscription. Using the updated Plex App you can only cast video at the moment. Support for music and photos is promised for the future.