10 Things to Do Before Installing iOS 9.2

The iOS 9.2 release for iPhone, iPad and iPod touch is here and it brings new features and a laundry list of bug fixes for iOS 9 problems. Before you download it on your iPhone, iPad or iPod, you’ll want to make sure you and your device are prepared. These tips will help. 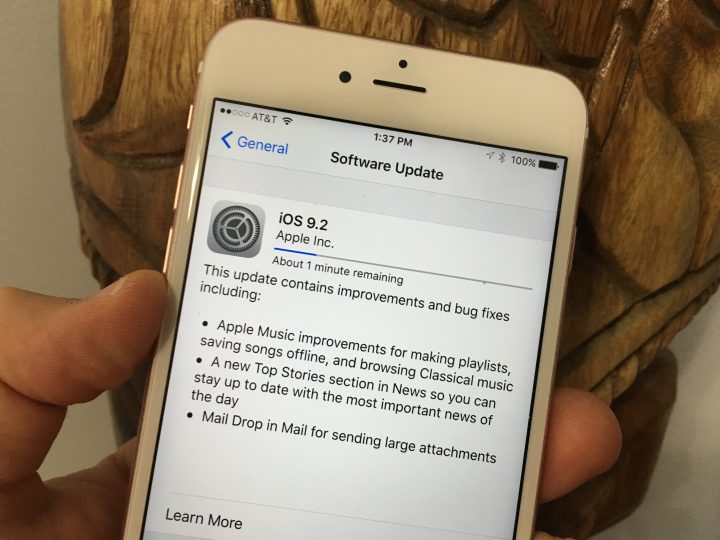 The iOS 9.2 update replaces iOS 9.1 and it will be a tempting upgrade for those looking to add Arabic support to Siri and fix lingering iOS 9 bugs and problems found on iOS 9.0 and the iOS 9.1 update from October.

It’s a tempting update but you must remember that there’s also a potential for problems. Apple’s iOS updates, particularly milestone upgrades like iOS 9.2, can hurt performance and cause headaches. That’s why we recommend doing some prep work before you install iOS 9.2 on your device.

If this is your first major iOS update or you just want to play it safe with iOS 9.2, follow these pre-installation tips. They’ll help you get you, and your device, ready for the jump to the iOS 9.2 update and and its changes.