Microsoft’s Xbox One is a constantly evolving machine. Months after the device launched, Microsoft kicked off the Xbox Preview Program, a controlled way for it to get out a steady stream of new updates. The program was a big shift for Xbox gamers that grew used to the company saving up big software upgrades and rolling them out in the spring and fall.

Last fall Microsoft dropped its biggest upgrade to the software running on the Xbox One by far. Called the New Xbox One Experience, it moved the console beyond the trappings of its original software. For one, the New Xbox One Experience places less important on the console’s Snap multitasking feature. You can still snap an app to the side of your screen if you want, but that isn’t necessary to do most common tasks. Instead, Party management, achievement tracking, reading messages and browsing your list of friends is available in the Guide. The New Xbox One Experience also brought community to the forefront, with a new Activity Feed built directly into the software so that everyone can see it. 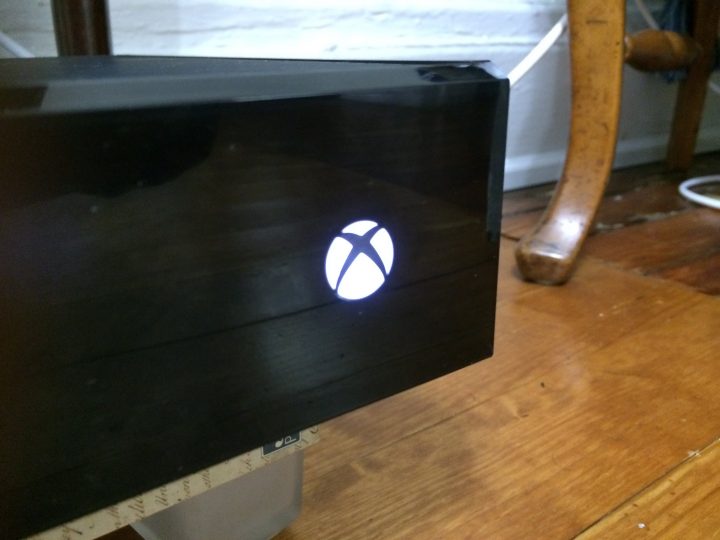 The Xbox One Experience was a great way to build momentum for future software updates. In fact, it was such a big leap that it makes me lust for other features that Microsoft can include now that it has a solid foundation to build on. Some of the features I want are practical. Admittedly, others are just me dreaming about the Xbox One’s direction and what Microsoft will think of next.

Microsoft has said publicly that it wants to create the best place for gamers to play. A big part of that is Xbox Live, the service that every Xbox One console connects to for updates and multiplayer gaming. Any improvements designed to make Xbox Live a better place to play starts with better support for groups and clans. 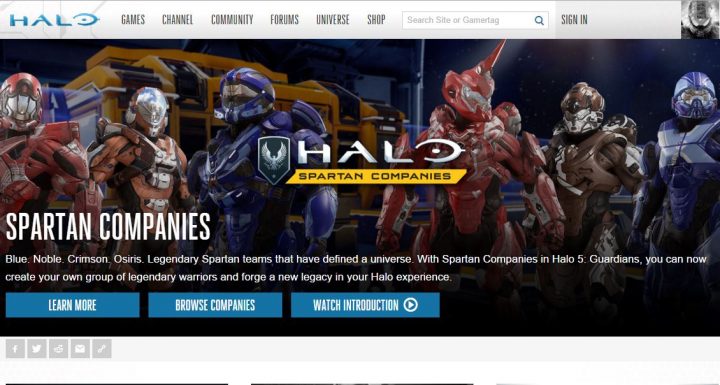 343 Industries built its own support for clans with Spartan Companies.

Today, Xbox Live and the Xbox One basically don’t support either. Some games, like Halo 5: Guardians, allow you to create teams of players within that game, but that’s it. What the Xbox One needs is an overall strategy for letting groups of gamers get together and stay informed of what they’re doing and playing. 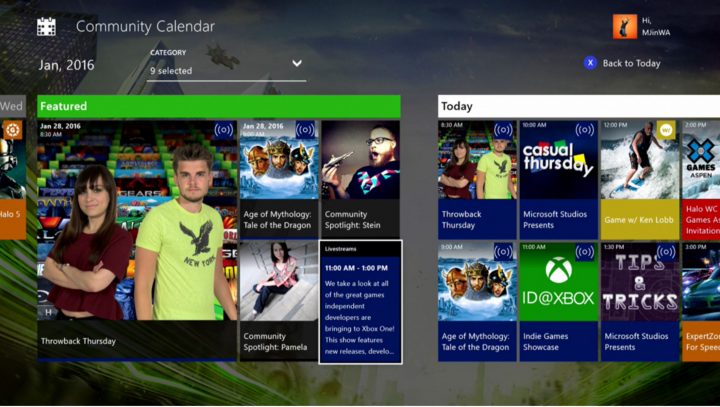 Save to Local Storage

Microsoft allows users to reformat their entire drive and store games there. That’s great, but I’d like the ability to offload the video and photos that I capture with GameDVR to external media. Don’t get me wrong, the Xbox on Windows app is great for getting your clips and pictures out of Xbox Live and to something else, but the company needs to go just a bit further. 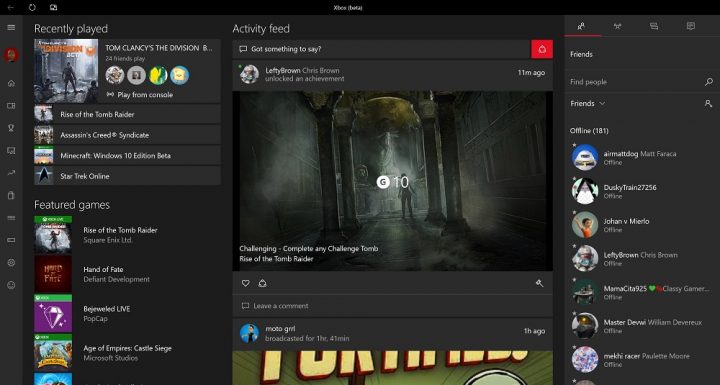 Microsoft introduced Game Hubs roughly a year ago, promising that they’d be places where people who are interested in games can hangout and discuss things or look for new information from a developer. Now that they’re more prominent, Game Hubs are off to a very nice start.

Unfortunately, the only place players can talk about a game on Xbox Live right now is the Activity Feed in each Game Hub. Microsoft should consider linking the forum for each game to the forums that it offers on its Xbox Forum website. PC marketplace Steam does this today and they are a great place to find out about new stuff and discuss recent updates.

Keyboard and Mouse Support for Games That Require It

Cities Skylines is a rather complicated game. When I downloaded it for Windows 10, I didn’t think I’d be able to reliably map all of its control functions to Microsoft’s Xbox Elite Controller. Shockingly, I was able to. Everything worked out for me, but it might not work out for other people.

Cities Skylines is one of the games Microsoft confirmed is making its way from Windows PCs to Xbox One. With its Windows and Xbox developer work-flows getting closer, it seems logical that a growing number of games will launch on both Windows PCs and Xbox Ones at the same time. When this happens I hope that Microsoft finally begins offering keyboard and mouse support as an option for developers who want to include those controls in their games. Some genres just aren’t great without a keyboard, even if you can map them to a controller. 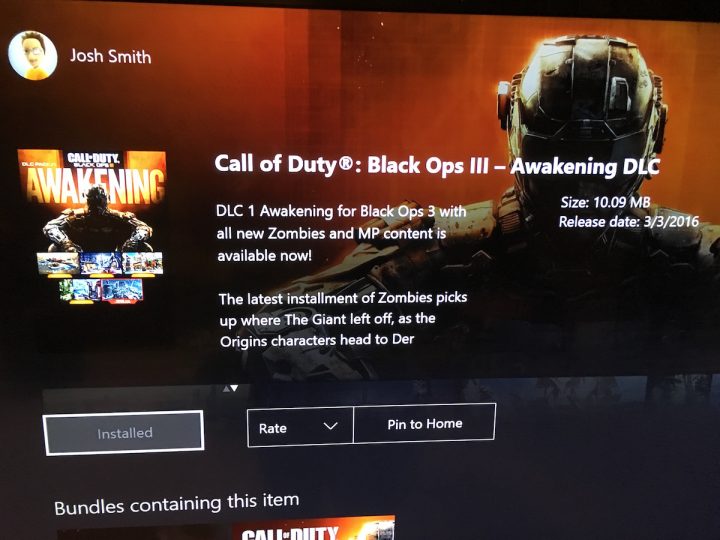 Simply put, the Xbox Store is terrible. Browsing the store has only gotten more complicated, not less so since the New Xbox Experience launched. Routinely, a game will launch with four different versions all showing up on the store’s home page as a different title. Season Passes are hardly explained in the store’s interface. They’re treated as just another piece of DLC, making it unclear to some that they do in fact, provide access for other pieces of content. It’s unclear what content that you buy also unlocks Windows Store content. The Avatar Store is a separate thing entirely.

Microsoft needs to rebuild the Xbox Store entirely. It needs better curation, with themed bundles. It needs a dedicated area for tracking down Season Passes and a built-in area where users can go week after week to learn about new deals. Actual game reviews and not just ratings are necessary. Games need to be grouped together instead of having different versions for different editions.

Today, the Xbox One has an ever-expanding list of apps. Unfortunately, the Xbox Store doesn’t interact with the Windows Store in anyway, despite Xbox One running Windows 10. To get an app into the Xbox Store you need to be one of Microsoft’s partners. That this is still the case nearly three years after the console was announced and nearly a decade after the iTunes App Store launched is pretty strange.

Developers need to be able to create Xbox Apps and add them to the Windows Store. The Xbox Team itself should no longer be the gateway here.

Adding friends from Facebook is something that Xbox One owners can do now, but only if they’ve downloaded one of the Xbox companion apps for their phone. Facebook integration needs to be featured prominently in the Xbox One setup experience and in Xbox profile’s themselves. This way, users can find their friends easily, without jumping through hoops involving apps and smartphone platforms.

Game Streaming Away from Home 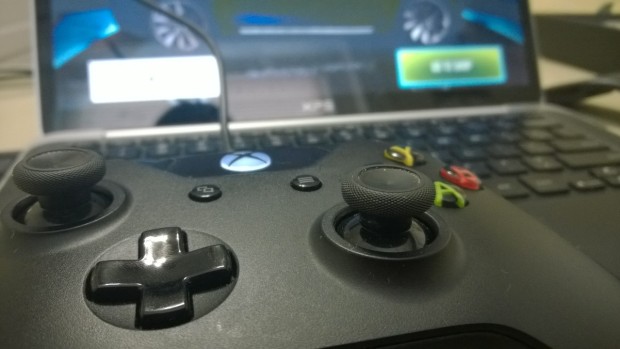 I spent a reasonable amount of time streaming from my Xbox One to my Windows PC today. To be clear, a cheap router makes it a horrible way to play an action game, but modifying weapons and picking up loot in an online game like The Division is just fine while streaming. I’d like to see Xbox One finally support game streaming away from home so that I can do some light stuff in my titles without being connected to the local network.

The Xbox One is a decent place to play games right now. I don’t expect adding these features to be quick and easy, but at least addressing the concerns around the Xbox Store and apps would put the console on a level playing field with other gaming platforms. The Xbox One is store shelves now beginning at $349.99.