While there is plenty of excitement on how Google Glass will end up in defining the wearable computing technology, its presence may not always be welcomed even among the most tech-forward crowd. Google will not only need to educate consumers on how to use Google Glass and some of the benefits that an always-on, always-connected piece of eyewear with a heads-up display that will help to augment your reality, but the Android-maker will also need to ease society into accepting Google Glass as a tool. 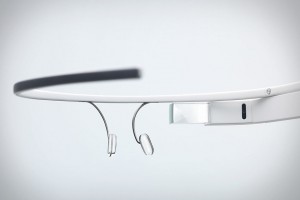 The problem with Google Glass is that  the cameras are mounted into the experience. With heightened awareness over privacy, and Google already being such a pervasive part of many people’s lives with their Internet patterns, Google may face an uphill battle getting welcomed at many public places, which may limit the usefulness of the Glass if people have to constantly take them off and put them back on their heads depending on where they’re going through the day.

“One of the reasons Glass will find itself unwelcome in places is because its camera lives at the wearer’s eye level,” says Rosa Golijan of NBC News. “It takes photos or record videos without a red blinking light telling others it’s happening.”

Here are the top 10 places that may not be so welcoming of Google Glass:

And while Google Glass, which is slated to debut by the end of the year for under the $1500 price that Google is asking developers today, may not be openly welcomed in these settings today, things may change in a few years. Remember when cell phones were banned? And then it was camera phones that were banned at work?

It wasn’t that long ago when smartphone-maker BlackBerry, formerly known as Research in Motion, created two variants of every phone they made. One version had a camera for consumers to use and snap photos, and another variant would be camera-free to appease government agencies and corporations that prohibited cameras on campus. While those days are seemingly gone–cameras on phones are now deemed a good thing as users can quickly document things, scan paperwork, and capture information easily. It’s efficient and could speed up the workflow.

Perhaps, in another five years or a decade, Google Glass will be more welcomed as society better understands its needs and utility. Still, even then, don’t expect your favorite casinos, strip clubs, or gyms to welcome the voyeuristic possibility that Glass may bring. And when that day comes, be prepared to accept the benefits of always having access to this augmented reality, but be prepared for your reality to potentially always be recorded by your neighbors, family, friends, colleagues, and strangers as you star in your own Truman Show.