It’s possible that the iPhone 6 could get a 128GB version for the first time next month, and a new leak suggests that it’s likely.

A leaked schematic was posted on Chinese social networking site Weibo by phone repair company GeekBar. The schematic includes a part supply list containing entries for NAND flash modules for Toshiba and Hynix (pictured down below). Of course while most people don’t even care about that particular piece of information, what’s important is that it points out the possibility of the iPhone 6 coming with a 128GB version.

Furthermore, the 32GB version isn’t included on the list, suggesting that Apple may get rid of that storage size in favor of a 16GB, 64GB and 128GB tier system.

Of course, it’s also been rumored in the past that Apple could be getting rid of the 16GB version and would use the 32GB model as the entry-level device, so the exact storage tier system that Apple will use for the iPhone 6 is still up in the air.

iPhone users have been wanting a 128GB version for quite a while, ever since Apple first introduced the fourth-generation iPad with 128GB. However, most likely due to obvious size constraints, 128GB of storage in an iPhone probably hasn’t been possible. 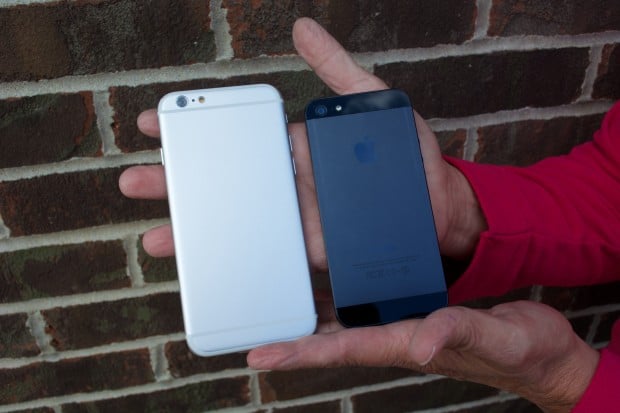 It’s been reported multiple times already that the iPhone 6 is expected to launch on September 19, which is a Friday. If you remember, the iPhone 5s also launched on a Friday last year, and Apple is very consistent on its release timeline every year for its product releases.