Interesting bit of Tablet PC history I picked up from jkOnTheRun. Today is the 15th Anniversary of the ThinkPad, first manufactured by IBM and now Lenovo. Intriguingly the first ThinkPad model, the IBM 2521 was a pen-based PC running the PenPoint OS from Go corporation. 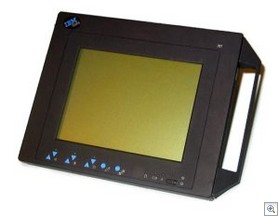 Also of interest, IBM also manufactured the PC110, which was a palmtop device for a 4MB internal flash drive. Although it was only available in Japan, jk posits that it could arguably be called the first UMPC.

If you hop over to RegHardware and read the history you’ll find that there is a myriad of product numbers and date confusion about the anniversary and the models, but it is fscinating. In any case, Happy Anniversary to ThinkPad.