Not content to sit back and let Chromebooks beat it out in the low-end computing space Microsoft is striking back. Earlier this year it revealed that it had plans to give device makers cheap copies of Windows on competitively priced notebooks and tablets and Asus is jumping on the opportunity. Yesterday, the company announced the Asus EeeBook X205, a $199 Windows laptop that still provides all the essentials casual users need to stay productive.

All the details concerning the Asus EeeBook X205 were shared with industry insiders and reporters at the IFA 2015 trade show taking place in Germany this week. Inside the EeeBook X205 are all the essentials. An Intel Atom quad-core processor allows any user who purchases the cheap Windows 8.1 notebook to load up any desktop app they’d like – provided they aren’t trying to use Photoshop to edit pictures or edit and render video in a timely fashion. Information shared with The Verge indicates that 2GB of RAM will join the Atom processor inside the EeeBook X205. 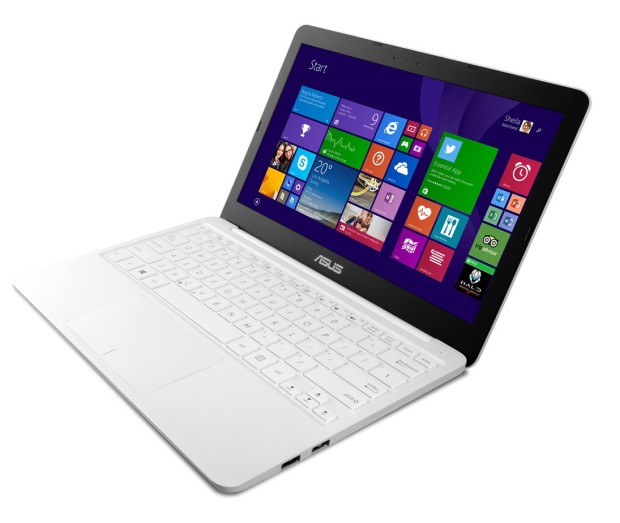 An 11.6-inch display dominates the EeeBook X205, giving users just enough real estate to interact with desktop apps like iTunes and launch Windows Store apps without any trouble. The device won’t have a touchscreen so potential buyers who’ve become comfortable with touching elements in Windows 8.1 instead of clicking on them with a mouse will want to look elsewhere. Storage, will range from 32GB of built-in storage to 64GB of built-in storage. Users who get the base level $199 model will get that 32GB of storage space. Microsoft says users should expect about 8 hours of up-time. Of course, that’s provided that they have the screen turned down a bit and aren’t running too many apps that over tax the EeeBook X205’s processor. A head phone jack on the left and two USB ports on the EeeBook X205’s right edge should provide users with all the connectivity options they absolutely need.

Don’t let the specifications fool you. In a world where more and more users are leaning how to pay their bills online and watch videos on the internet, the Asus EeeBook X205 is all that’s required. Really, to do what they need most users only need a keyboard and a reasonably large display. That Asus has managed to take both of those things into consideration and offer it at a ridiculous low $199 is astonishing. For comparison, there are less capable tablets – like Apple’s iPad mini — that go for more than the Asus EeeBook X205.

It being a relatively cheap PC, a lot of extras won’t be included in the box. Essentially, users get the EeeBook X205 itself and a power cable. Asus says that the trackpad on this machine will be 36% larger than on some larger laptops. The EeeBook X205 will also come in black, white, gold and red when it launches in the United States and Europe around the same time the holiday shopping season kicks off in November.

One extra buyers can expect to purchase separately is Microsoft Office. The Asus EeeBook X205 runs Windows 8.1 with Bing, a version of Windows that lets users do all the same things they can in other versions of Windows, but prohibits device makers from fiddling with things like the default search engine. When Microsoft announced the operating system it said that some devices would include a year of Office 365 at absolutely no charge. Since then, tons of devices have come with that free year of Microsoft Office on board, but press releases and reports don’t indicate if that’s the case for the EeeBook X205. As such, it’s probably a good idea for holiday buyers to set aside an extra $100 for a year of Office 365 if Word, Power Point and Excel are essentials.

Chromebooks are small, cheap laptops that run Google’s Chrome OS operating system. With Windows laptops priced this low, it’s hard to imagine that users will choose them instead of having full compatibility with the Windows apps they already know and use.