Video game lovers aren’t new to the idea of getting additional content for their games. Downloadable content, or DLC, has been a cornerstone of console and PC gaming for years. It all started with new maps packs for multiplayer games. Next came story mode expansions and new areas. The Division Season Pass is an offshoot of the latter. Revealed before the game’s launch in October, it offers players access to three major expansions. These expansions are on top of the free updates that Ubisoft has promised players.

The crux of buying The Division Season Pass rests on the expansion areas. The Expansions add new content to the game world.

The first of the expansions is called Underworld. Ubisoft has confirmed that this add-on will add the tunnels and corridors under New York City as a place to explore and take down enemies. Expect to hear more about it soon. Survival is described by the publisher as a dangerous environment that’ll test players ability to hang on to hope and stabilize New York City. The last of the expansions is called Last Stand. We don’t know anything else about it.

Point is, the expansions that come as part of the season pass unlock content that you won’t be able to experience without an additional purchase. For those that can’t get enough of The Division, it’s a must-have.

The Division Season Pass also acts as an easy way to get gear. Each month, Ubisoft drops new weapons and character gear for players at the Rewards Vendor that hangs out behind the stairs of the Base of Operations. Sometimes these drops include cosmetic items and crafting material. 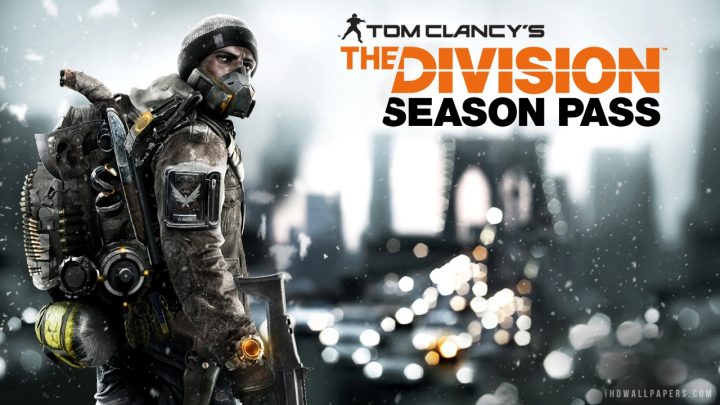 Besides the monthly drops, there’s also access to the character skins and cosmetic items that are sold separately in the Xbox Store, PlayStation Store, Steam and UPlay. Each of the stores also have exclusive items that’ll only be made available to season pass holders. For example, the sawed off shot-gun is available to those that purchased The Division Season Pass.

At launch, Ubisoft promised events open to only those that purchased The Division Season Pass. It’s been nearly three months since The Division launched and there hasn’t been a single exclusive event. Furthermore, the company has yet to clarify when the special events will start or what they’ll actually consist of.

For now, don’t be lured into buying the The Division Season Pass for access to these exclusive events.

Don’t Buy The Division Season Pass: You Don’t Have Much Time to Spend in the Game

If you’re already struggling to complete the missions that were in the game at launch, definitely don’t invest in The Division Season Pass yet. Instead, wait until you’ve got some free time over summer break or during a holiday weekend. Season Passes are about maximizing the amount of content you have available for a game you like. Getting all that content doesn’t do you any good if you weren’t a big fan of the game to begin with, or don’t find yourself playing it frequently.

In general, season passes are a promise. In exchange for handing over money now, the publisher is promising that it will deliver a steady stream of content that you’ll want to play. Sometimes, this works out. It can also turn into a disaster. What users are buying most of the time is a mystery until a month before that content’s release. 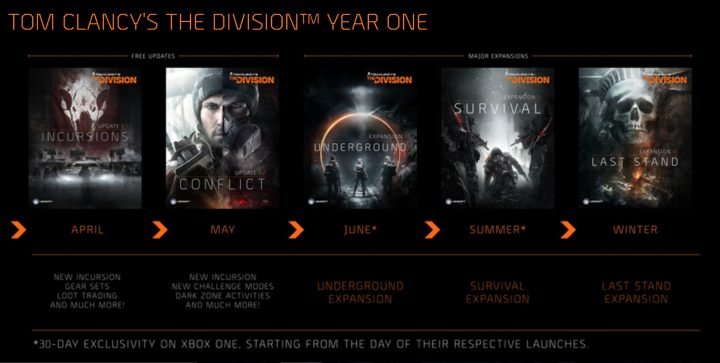 Ubisoft is trying to stay in front of that perception by revealing the names and time frames of each major expansion included in the season pass. We know, Underground is coming in June, that Survival is expected this summer and that The Last Stand will arrive in the Winter.

We don’t have the finer details related to each of these updates. For example, the area added with the Underground expansion could be smaller than what we think an expansion should be. If you’re uncomfortable with only having the broader details today, don’t buy The Division Season Pass back. Neither the Xbox Store nor PlayStation Store offer refunds.

Don’t Buy The Division Season Pass: If You Own a PS4 & Want The Content Right Away

Another big reason to not buy The Division Season Pass is Ubisoft’s exclusivity deal with Microsoft. Everyone gets access to the free updates at the same time. Owners of the Xbox One version of the game will get access to the Underground and Survival expansions a full month before PS4 owners.

Read: The Division: Which Edition Should You Buy?

The Division is available on Xbox One, PS4 and Windows PCs now. The base game costs $59.99 without access to the season pass.