2 Weeks With The Surface Pro Have Left Me Questioning Everything

Having declared that users in the market for a new PC make it a point to track down and purchase an affordable convertible instead of laptops and desktops, two weeks ago I took my own advice and picked up Microsoft’s first-generation Surface Pro.

My experience has been exciting. There have been times when I’ve thought my entire digital life had finally come into focus. There have been early evenings when I’ve reconsidered everything I thought I knew about personal computing. There have even been coffee-fueled early morning brainstorming sessions when Microsoft’s entire Surface line made almost no sense to me. It’s during one of these early morning sessions today that it finally occurred to me that my purchase of the Surface Pro has made me question everything.

Read: Buying a Windows 2-In-1 or Tablet? Focus on Accessories

For starters I’ve begun to wonder about the nature of PCs themselves. While I always believed that the divide between what most users consider PCs and devices was a bit blurry, I never really stopped to consider that there is in fact, no real line between the two. The Surface Pro’s small stature and Windows 8.1 operating system make it feel just as comfortable as any iPad or Android tablet ever held. Yet, I have the power and apps that I need to get things done at any time. It’s a concept that’s new to me. Having come from the Surface RT and an XPS 13, that I can get everything in one single device still boggles my mind and makes me question why other users aren’t so eager to move to similar devices. 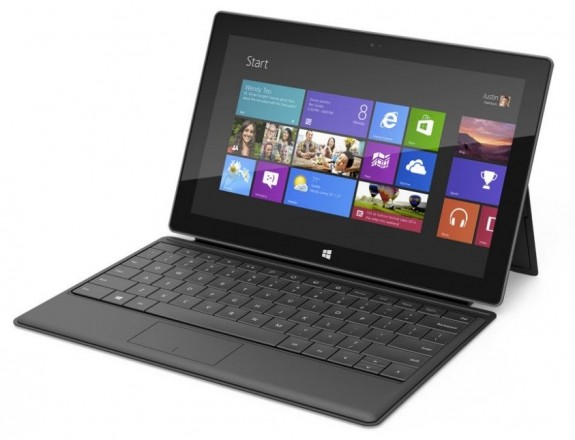 The original Surface Pro with a Type Cover.

I’ve never been big on accessories either but suddenly that’s all changed. I find myself wanting to buy a Type Cover 2 so that I can turn the Surface Pro into a laptop when I need it. I’m even considering purchasing Microsoft’s dedicated Surface Pro Dock so that the tablet makes a great desktop companion when I’m in the office. In fact, there’s a Surface Pro case with a built-in adjustable kickstand on its way to my location now.

I broke down and made the purchase after I realized that spending $29.99 on a case that allows me to adjust the angle of the Surface Pro makes more sense than upgrading to the Surface Pro 2. I searched for a decent case for an hour before settling on the one I ordered. For the record, I’ve had a laptop since the age of 15 and a smartphone since 19. I’ve actively made it a point to not accessorize devices because I always felt that the practice was unsavory for some reason or another.

The Surface Pro’s built-in pen and digitizer even have me questioning why I spend $40 in Post-It notes at my local office supply store.

About the only thing I haven’t questioned is Microsoft’s decision to blend Windows with a mobile operating system. For me it’s that decision that fuels my curiosity. Having used it in every form factor now, I’m totally convinced that Microsoft’s decision was the right one for their ecosystem. Why shouldn’t their products all share one core and familiar interface?

True, I’ve wonder about other Microsoft hardware decisions before, but never in this way. I remember wondering why the company’s Zune HD media player didn’t have a particular feature. I don’t remember thinking that the device changed the way I looked at something, at least not the way I do with the Surface Pro.

It’s a good feeling, or is it?