The iPad didn’t get to the top of the tablet world without delivering a great user experience, one that users can’t get enough of even in the bathroom.

While the living room and bedroom top the list of popular places to use the iPad, the bathroom sees plenty of use with 20% of users reporting that they surf on the toilet or in the tub.

Our own Warner Crocker is a bit of a legend, perhaps leading the way for Stall Surfers everywhere to be proud of their bathroom browsing. 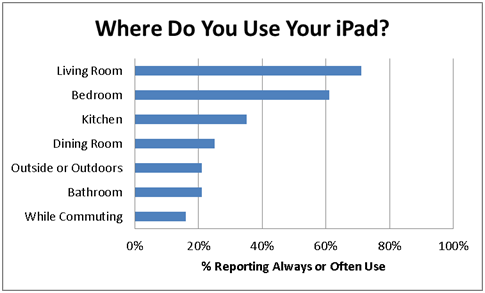 A new survey from the Software Usablity Research Laboratory called out the most frequent activities and places to use the iPad, as well as app usage and a high satisfaction rate. 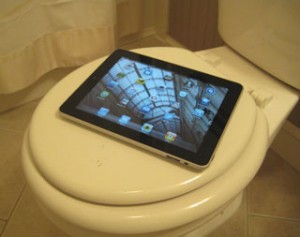 The survey found that 83% of respondents are satisfied with their iPad. The Apple tablet earned an “Excellent” rating from the majority of users, and only 4% rated the iPad as “Poor” or “Awful” in the survey. 54% of the survey respondents had the original iPad, while 46% were using the iPad 2.

Even more interesting than the satisfaction with the iPad is the way people are using it, and the number of apps that people have and use on a regular basis. 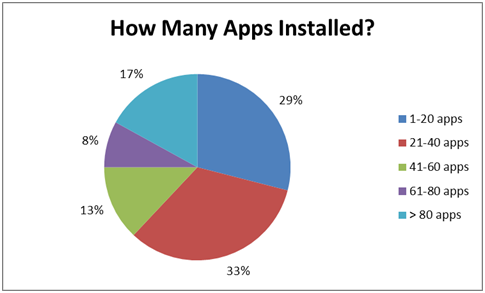 Even though some of us have more than 80 apps installed on our iPad, most people use fewer than 10 apps. Only 4% of users said they use more than 20 apps regularly. This means that it’s easy to get an app on the iPad, but it’s tougher to be used on a regular basis. 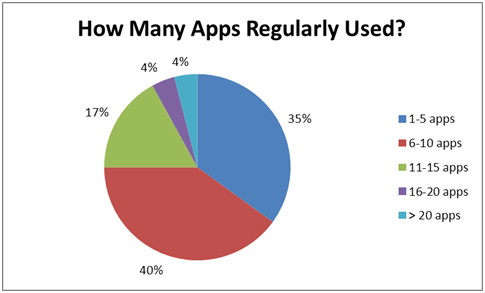 An astonishing 52% of iPad owners only carry their iPad while traveling. 21% of users carry it almost every time they go out, while 10% never takes the iPad out of the house. 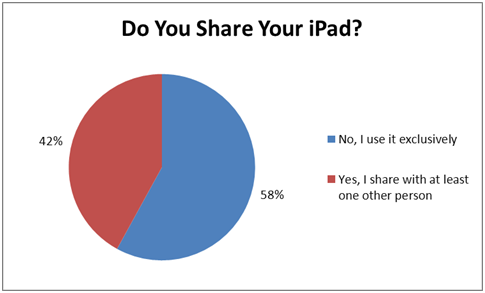 Proving it would be nice to have multiple user accounts, 42% of iPad owners share their iPad with at least one other person.

The survey also found a few other interesting facts about how e use our iPads, including the activities we don’t use them for. 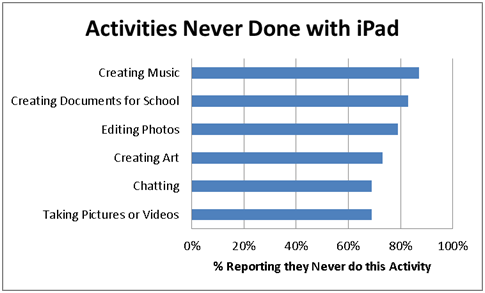