After you buy an iPhone 5 or iPhone 5s one of the next major purchases is a good case, or if you’re like many users several cases to fit a variety of needs. A new all in one iPhone 5 and iPhone 5s case from Logitech is expensive at $200, but the company claims it’s the only case you’ll ever need.

While the Logitech Case [+] doesn’t appear to offer rugged protection like an Otterbox iPhone case it looks like it could fill the needs of most iPhone owners thanks to a versatile clip on system. 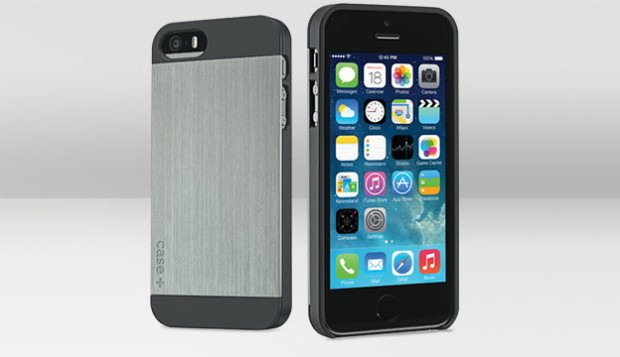 The Logitech Case [+] for iPhone 5s offers five cases in one.

The base Case [+] iPhone 5s case clips on and provides  base layer of protection, similar to a minimalist iPhone case. This part of the case fits snugly around the iPhone 5 or iPhone 5s adding a little bit of thickness on the back, but allowing user to keep a relatively thin and light iPhone for every day use. The back is magnetic, so it can even stick the iPhone to a fridge or other magnetic surface for a handy portable dock.

Where this case shines is in the ability to add things to the iPhone 5s without buying another case or switching cases. 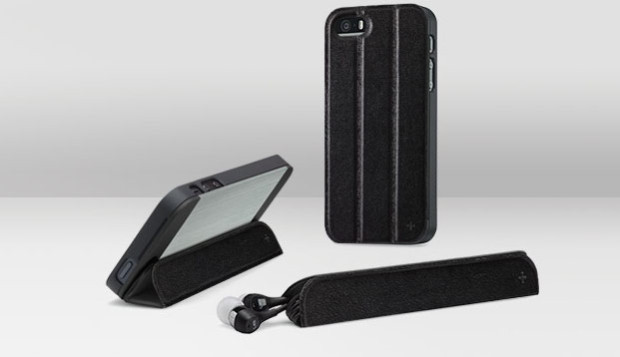 Pick the Logitech Case [+] tilt option to use as a kickstand.

The [+] tilt part of the case is a kickstand that props the iPhone 5s up so that you can watch a movie or have a FaceTime call without holding the phone for an hour. This connects to the back of the main case with a magnet and it can serve as a headphone wrap when not in use. Unlike most kickstand cases that use a flip to cover the front of the iPhone, this one sits on the back to add a soft touch. 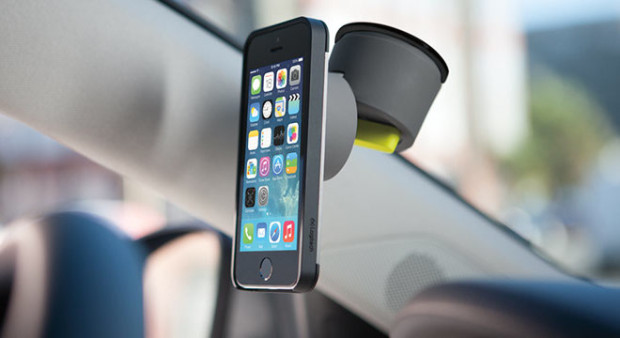 Mount the [+] drive in your car and attach the iPhone to a windshield or dash.

Logitech also includes the [+] drive in the kit which mounts to a windshield or dash to keep the iPhone 5 or iPhone 5s mounted securely for GPS and music use in a car. There’s no need to switch to a new case or to find a perfect snap in for this case. The back of the iPhone [+] case attaches to the mount and you are good to go. 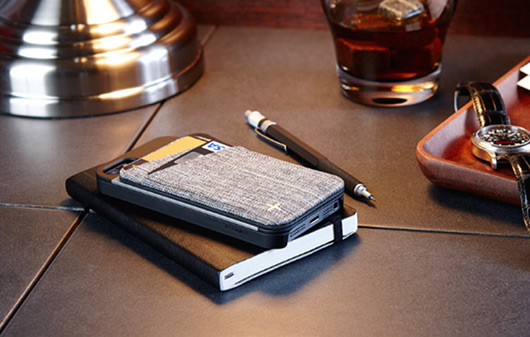 This case includes a slim wallet that attaches to the iPhone and works alone as well.

There is also an iPhone 5 or iPhone 5s wallet case in this kit as well. The best iPhone 5 wallet cases cost $40 to $60, and aren’t great for everywhere you take the iPhone. With the [+] wallet users can snap a small wallet that can carry three cards or cards and cash on the back of the phone. This is a minimal wallet load, but it’s a nice amount of cards for running around town.

There is Magnashield technology to prevent the magnets from demagnetizing your credit cards. When you need to snap on one of the other [+] cases this functions as a standalone slim wallet, something that most other iPhone 5s cases don’t do well. 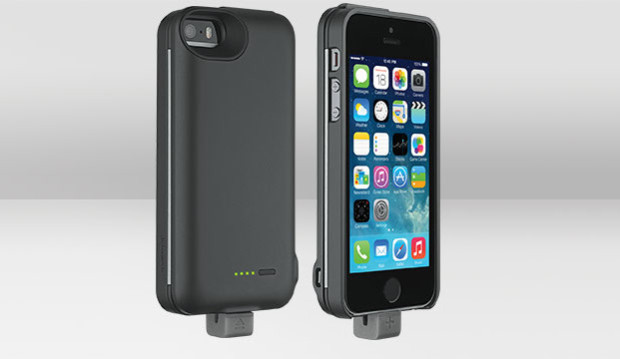 The [+] energy part is a iPhone 5 or iPhone 5s battery case.

Finally, the [+] energy case turns this into an iPhone 5 and iPhone 5s battery case with 2,300mAh of power to recharge the iPhone on the go. Users can also charge the battery and the iPhone at the same time using a Micro USB cord that is included and common for Android phones. This iPhone battery case should deliver at least one additional charge, and likely more. A Mophie iPhone 5s battery case with a 2,100mAh battery is $119, in case you are keeping count.

This [+] energy battery case does add a small portion that sticks out at the bottom to connect to the Lightning port on the iPhone 5 and iPhone 5s. This is not ideal, but users will appreciate that the iPhone is only taller when they need the battery pack, and not while using the other modes.

At $200 the price may turn some users off, but here’s a look at what you might spend on buying similar iPhone 5s cases alone and switching them regularly. Keep in mind these prices are for similar quality, so you may be able to buy a bunch of cheap cases for less than $80, but overall this is a good deal.

This ends up at roughly $245 for the five cases that are included in this one lot. With the added convenience and versatility this looks like a nice option for iPhone 5 and iPhone 5s users that want one case to handle multiple options.

Users can pre-order the Logitech Case [+] right now for $199 with free shipping. The photos appear to show black or white options, but there is only a checkout option for the black model.