2013 Story of the Year Was Data Security and Privacy

In some years the story of the year is the story of something that happened, was remarked on, and passed into history. In 2013, the big story is not only that, but a story that will be with us going forward in ways that we’re just beginning to understand and come to grips with. The story of the year in 2013 was all about data security and privacy. It comes at the dawning of the Age of Context, in which we’ll see sensors and The Internet of Things begin to give us more control over some of the mundane features of our lives. That convenience will come at the cost of giving up more information about ourselves. We will expose that information, including our financial data, to those who, rather than aiding society, take advantage of technological advances, to steal and misuse our data. Mobile tech may be an exciting world to live in these days, but it is also increasingly becoming one with more dangers and filled with mistrust. 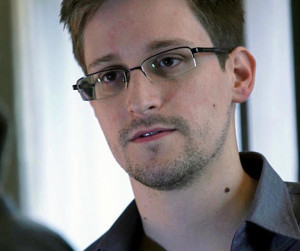 I maintain that many of the revelations about how governments spy on us are really only confirmation after Edward Snowden began leaking information. However, each new story we hear piles on top of others to erode what little faith we had remaining in governments, the devices we carry and use for work and play, and the companies that make them. And while to some the  revelations have been “stop in your tracks” shocking, it is the cumulative compiling of new story on top of new story that is eventually going to cause the most damage.

And then there’s the Target credit card theft that occurred during this recent holiday shopping season. That data breach has threatened over 40 million customers, seen banks limit credit card purchases in response, and forced into the open just how utterly unreliable the electronic means of conducting business is. The Target story is the big one in this instance, but there are others not on that scale that are equally scary, such as this one by David Sobotta.

The Target credit card theft and the NSA information will continue to be stories as the new year dawns because they are sensational and reveal threats to our daily lives. But with national security and insurance liabilities at risk because of these breaches, the stories we won’t hear about are the ones going on behind the scenes to try and stay one step ahead of the hackers and thieves, whether they be on our payroll as government employees or miscreants bent on doing harm.

Just in the last few days as we rush into 2014 there have been new stories like these:

Scary stuff. But here is where the scary part of these stories really reside. We live in a beta world. We all accept, usually paying high prices as the cost of that acceptance, that each new generation of mobile tech is not going to be perfect and have some bugs here and there. We know that new operating systems are going to require quite a few updates before they become really solid. But this wave of security news in 2013 as caught the makers and developers of hardware and software in its web. It is still uncertain how complicit or not companies like Apple, Google, Microsoft, and others have been. But unlike government agencies staffed with politicians that lie for a living, these companies are responsible to shareholders. If there’s the slightest whiff that these stories are beginning to affect consumer confidence then there will be trouble. The guess here is that consumers won’t be settling for beta security in the days ahead.

Survival mode has already kicked in. These computing companies have publicly claimed that they have begun to shift resources to better encrypt our data and have appealed to the government powers that be to make changes in its methods. All well and good. But it now appears that the race may no longer be about who has the best camera on a smartphone, but who has the best data encryption methods, or at least who can make the best claim that they do. That will sure sound sexy in a keynote. 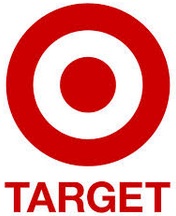 Of course that says nothing about how your data is used once the companies who collect it sell it to other companies for their purposes. Because, well, you know that’s the basis of the Internet economy these days.

Let’s not be naive here. While the PR will be about calming consumer reactions down, and the software and hardware giants will be working in their labs to create better solutions, the bad guys will be working in parallel to circumvent it all using the same technological advances that give us better mobile and commerce solutions. The Target logo seems to be an excellent, if unintentional symbol for where consumers find themselves as 2014 begins. With a target drawn on their back.