Technology is rapidly evolving in automobiles. Consumers demand more and more technology-driven features in all types of vehicles. Before, the advanced features were only available in luxury cars and trucks, but now features like Bluetooth and Siri Eyes Free are available in the smallest of cars. We recently had an opportunity to sample the 2014 Ford Escape, which features innovative technologies like automatic parallel parking and a foot-activated power rear lift gate. While these technologies are not quite at the “bleeding edge,” these assistive technologies are becoming far more common in everyday vehicles, and will probably be available on most of the vehicles purchased in the future. 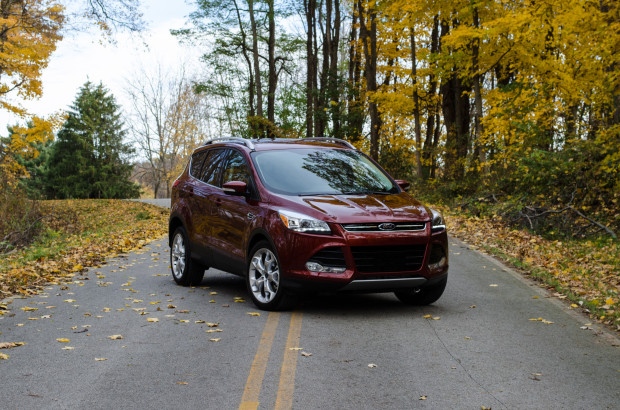 The 2014 Ford Escape came to us loaded with technology.

Ford calls it Active Park Assist, but many manufacturers are now offering a similar system. Utilizing sensors in the front and rear bumpers of the vehicle, it can measure how big a parking space is. If it is big enough, it will take partial control of the vehicle to parallel park the vehicle perfectly every time. No more tickets for being parked to far away from the curb or curb rash on alloy wheels!

The Escape also has an optional foot-activated rear hatch. Should the driver have his or her hands full, simply swiping a foot underneath the rear hatch will cause the hatch to open (or close), without taking the key fob about of the driver’s pocket. Although the following video is from a Ford C-Max, the system operates identically.

Editor Josh Smith would have killed for the Ford Escape while hauling a large nativity scene home from the hardware store in a Chevy Equinox, which does not offer an easy open tailgate or fold flat seats.

Additional technology features include the most up-to-date version of MyFord Touch. We like the latest iteration of the system, and the redundant physical controls found in the Escape make it easy to control the system with gloves on or when driving. Overall, we like the features in the Escape and look forward to using more of this technology in the future.