When some people look at a subcompact vehicle like the Ford Fiesta, they view it as rudimentary transportation. They see it as a vehicle that someone would buy because they could not afford something better. That is hardly the case with the current small cars available for sale in North America, and the Ford Fiesta SE is a prime example of this.

During our time with the Fiesta, we were impressed with its driving dynamics and performance. Around town, the Fiesta is a nimble little go cart that is extremely fun to drive and easy to park. However, we were also impressed with the amount of in-cabin technology that is available for the $17,000 asking price. 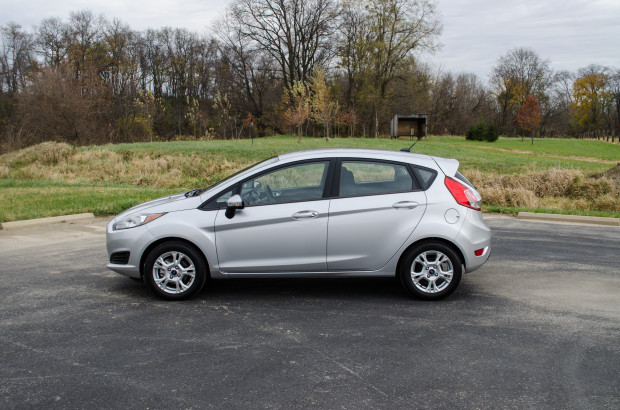 While we were reviewing the vehicle, Gotta Be Mobile contributor Travis Pope mentioned that he is really attracted to the Fiesta. When asked what he found appealing, he had this to say:

“I’d love to say that fuel economy and a robust entertainment system are what makes me lust for a Fiesta alone, however being a guy that would be a half lie. Really I want Fiesta because of those things and its aggressive design. Ford has managed to turn a hatch back into something that makes me want to go fast, and a car that looks like its designed for the, young hip and cost-minded consumer. That’s no small feat.”

The Fiesta, with only 120hp, may seem like a slow car. Sure, on the highway at 70mph, it does require some work to overtake a vehicle. But around town, where most people drive, it is lightweight and nimble. For those who may want some more power, Ford does offer it in “boy racer” ST trim. 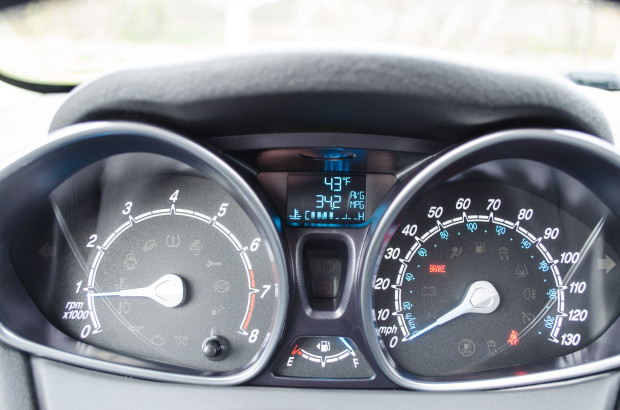 People buy vehicles like the Fiesta for fuel economy, but the Fiesta is also fun to drive.

Our inexpensive tester included Ford’s SYNC system, without MyFord Touch. This allows for Bluetooth connectivity to the vehicle, support for AppLink, and the ability for the system to read and reply to text messages. We were also impressed with heated seats, fully automatic climate control, automatic headlights, and other interior refinements. It’s not a Lexus, but the little touches in the vehicle to make it seem premium work well. 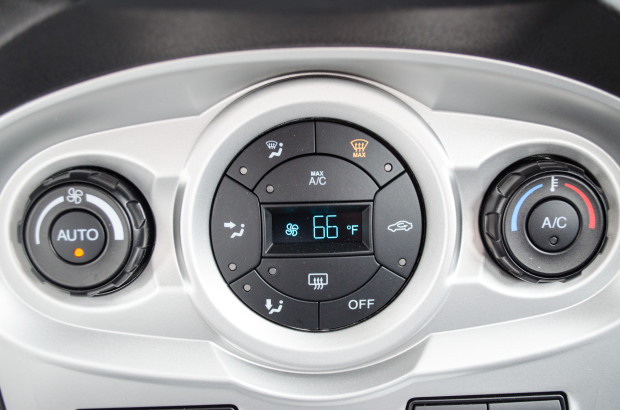 Automatic temperature control is still a rarity in a vehicle this inexpensive.

Overall we were pleased with the vehicle, especially in hatchback trim. The 5-speed manual transmission would benefit from an additional gear, but definitely enhances the sportiness of the vehicle. The Fiesta received a minor refresh in 2014, and is available now.