2014 Phablets to Get Retina Display Resolution

While full HD 1080p may be the rage in 2013 with phones and phablets, new phablets with 6-inch displays that will be released in 2014 will be pushing the resolution even higher than the Retina Display found on today’s third and fourth generation iPad models. The 6-inch phablets released next year will debut with a resolution of 1600 X 2560, according to ET News, outclassing the 2048 X 1536 resolution on today’s high-end iPad. This would mean that the Android phablets would have a highly pixel-dense display with a 500 ppi resolution for incredibly sharp photos and text, bringing higher dynamic range to color rendering.

The 1600 X 2560 display is classified as a WQXGA resolution and this means that a 6-inch handheld device would have the same effective resolution as the 13-inch MacBook Pro with Retina Display or even the 1700 X 2560 resolution on the Google Chromebook Pixel, two of the sharpest displays on the notebook market today. 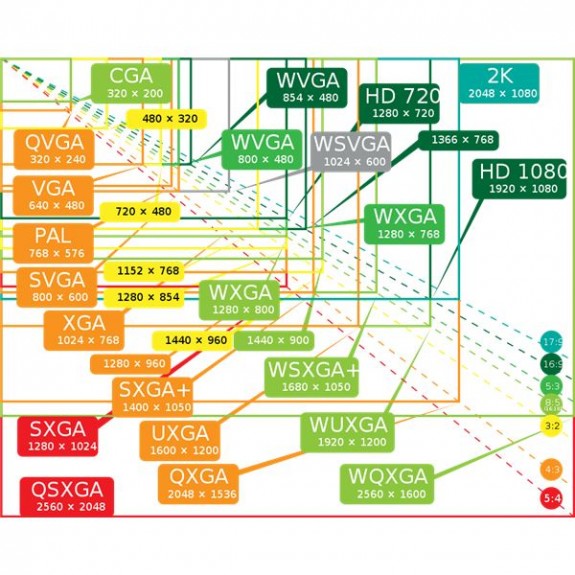 Panels with that resolution had been shown off before as prototypes, but it appears that reality may be closer than you think. Toshiba had shown off a panel with a 500ppi resolution earlier, and now Sharp, which Samsung has a 10 percent stake in, is showing off its competing version. LG Display is also working on its own version.

And while consumers and tech observers are clamoring for the rumored second generation iPad mini with Retina Display, next year’s phablets not only come with a higher resolution, but also a smaller screen size meaning that the ppi will be even more dense than the iPad mini Retina Display model.

Another sad reality for the Android tablet market is that so far, most Android tablets have not been able to keep up with the pace of innovation that’s headed for smaller smartphone and phablet displays. Most recently at Computex, newer panels are being introduced for some high-end tablets, but most Android tablets are still standardized around the 1280 X 800–pixel display whereas high-end Android phones have been using 720p HD display for some time now and are now beginning to transition to 1080p displays.