Ford recently took the wraps off the 2015 Mustang, and made some very bold claims about its completely redesigned pony car. According to J. Mays, head of Mustang design, the 2015 Mustang is the “most technologically advanced” Mustang ever produced. We were there for the announcement, and we like what we see in terms of improvements in infotainment as well as driver-assist technologies. While some purists may balk the technology, the new Mustang is attempting to appeal to a younger generation in the United States, as well as a new global audience. We take a look at the changes. 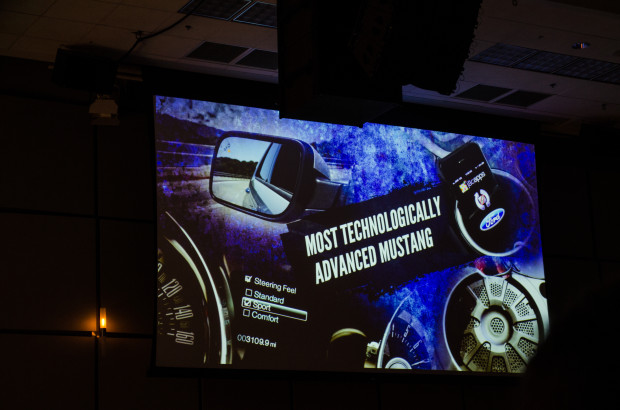 Ford claims the 2015 Mustang will be the most technologically advanced ever.

The 2015 Mustang will feature some advanced safety technology, including a blind spot detection system and rear cross-traffic alert. Utilizing radar in the rear quarter-panels the car will be able to see vehicles approaching when backing up and alert the driver. In the fastback design of the new Mustang, that will be a welcome addition. The Mustang will also feature a pre-collision warning system (which means it will probably have adaptive cruise control as an option). 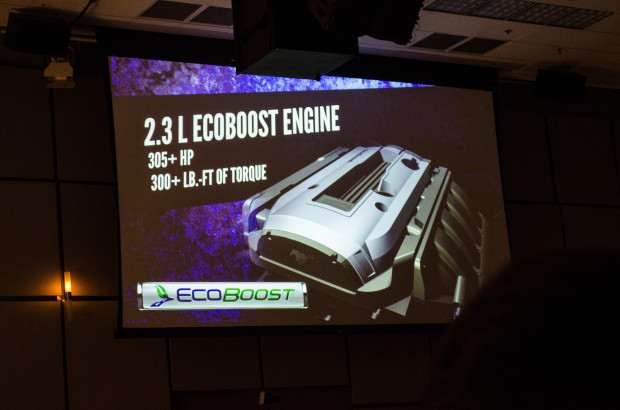 A turbo 4-cylinder engine returns to the 2015 Mustang.

The Mustang will also feature Ford’s all new 2.3L EcoBoost engine, which they announced at the Lincoln MKC launch. This turbocharged engine features direct fuel-injection technology and a load of other tech goodies. It should be powerful and fuel-efficient, making over 300 horsepower (though Ford is awaiting final testing). 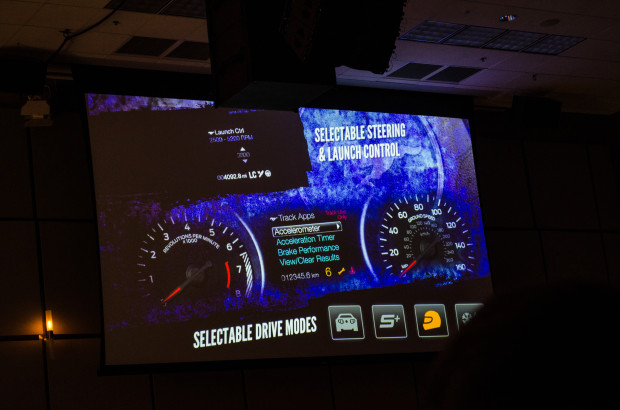 The Mustang will have user-selectable driving modes.

The Mustang GT will also feature a software-based launch control system, improving the Mustang’s ability to get off the line and down the track. The Mustang will also have a driver-selectable dynamics system that adjusts steering and throttle response depending on the situation. Everything from a “Wet/Snow Mode” to a “Track Mode” should be available. With the additional of independent rear-suspension the new Mustang should be competent on the track. 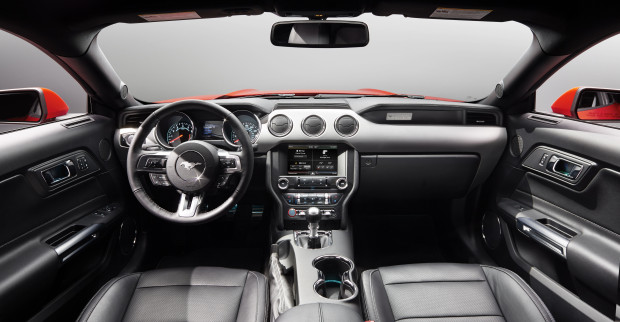 The 2015 Mustang has an all new interior with MyFord Touch integration while retaining many physical buttons.

Finally, MyFord Touch will be available in the 2015 Mustang. Unlike other versions of the system, almost every function has a tactile button as well as touch-screen control. J. Mays wanted the interior to have a tactile feel, and physical buttons of good quality is a great way to do that. Plus, it should keep some of the MyFord Touch complaints away. 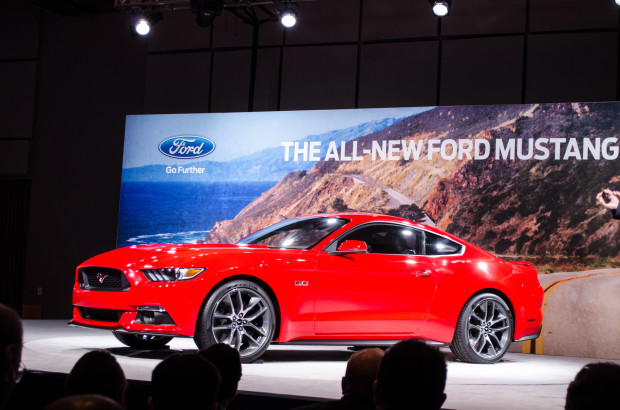 The redesigned 2015 Mustang will go on sale late next year.

More information on the new Mustang will be released in the coming weeks leading up to the on-sale date of “Late 2014.” We like what we see and cannot wait to show you more.