The Sony Xperia Z1 is Sony’s latest Android smartphone and it packs a punch thanks to a massive 20.1MP sensor and waterproof design that will allow users to take it pretty much anywhere for creative photography and fast sharing.

While the Xperia Z1’s rear-facing camera sensor is larger than the average sensor included in a smartphone camera, Sony has opted to keep the device a reasonable size and include a 21 megapixel sensor, that’s 20 megapixels less than Nokia’s offering. Effectively giving users the power of a point-and-shoot camera, without all the heft that options from other manufacturers include. 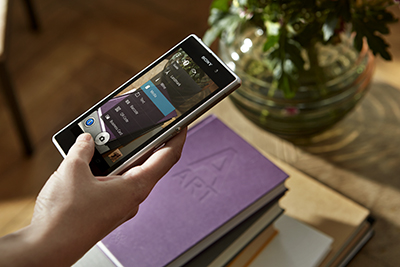 Details about the new flagship have also been confirmed by today’s presentation and the company’s Twitter account. Just like the Xperia Z flagship that won GottaBeMobile’s Editor’s Choice Award earlier this year, the Xperia Z1’s body, will mostly consist of two sheets of glass, one on the front and the other on the rear. It’ll also be water-resistant and feature LTE and NFC connectivity.

However, that’s where the internal similarities end. The Xperia Z1 will feature 2.2GHz Qualcomm Snapdagon 800 processor. It’s that quad-core processor that LG announced was at the heart of the LG G2 last month. Sony is also adding a more robust display with this device. Just as rumors indicated, Sony is borrowing the Triluminos display technology it first created for televisions for use in the Xperia Z1. Sony says this should mark a big improvement in image quality for the Xperia Z1. The Xperia Z1’s 5-inch display will have a resolution of 1920 x 1080 pixels.

Other internals include 2GB of RAM, a microSD card slot and a 2 megapixel front-facing camera.

If all of that wasn’t enough, The Xperia Z1’s software also has a few tricks to attract users. Built on top of Android 4.2.2, the Xperia Z1’s camera application includes many of the features that are found on other flagship smartphones like the ability to edit photos, capture HD video and capture small bit-size video clips. Sony has also partnered with provider Bambuser to allow users to livestream content from the Xperia Z1 to Facebook.

When the Xperia Z1 debuts this October, it’ll also come bearing gifts of a different kind. Users who purchase the device will have free access to the Sony Unlimited music service for 60 days. It’ll also gift users 10 free PlayStation Mobile games and 6 movies.

The company hasn’t announced specific pricing for the Xperia Z1. It’s also not discussed its launch plans for the United States, however it says users will be able to buy the device online in black, purple and white.