Apple Pencil fans would love to use the excellent Apple stylus on other devices, like the iPhone. However, Apple doesn’t make an Apple Pencil or an iPhone that work together. What would recreate the accurate and intricate inking capabilities of the Apple Pencil on the smaller screen of the iPhone? We’ve got three great Apple Pencil alternatives. 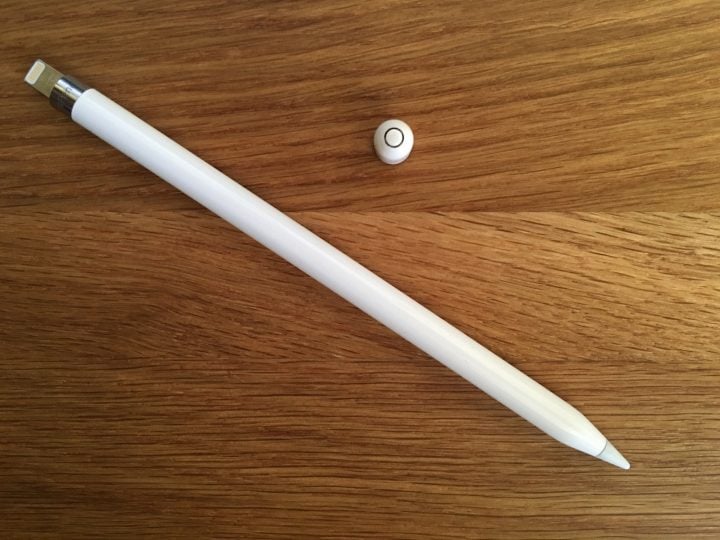 The Neo Smartpen costs more than the Apple Pencil at $169 on Amazon. The Neo SmartPen works with special notebooks which add to the cost of using it. However, people who prefer to write on paper will love the accuracy and intricacy of using a real pen that automatically shows up in an app on the iPhone or iPad.

We’ve tested pens like this before from Livescribe. While the Neo Smartpen N2 works similarly, it works with an app to automatically send handwritten notes, doodles or artwork to the iPhone. This combination makes it the most expensive option but also the most compelling Apple Pencil alternative.

The Pen connects to the iPhone via Bluetooth. It supports both Bluetooth 4.0 and Bluetooth LE. The latter is a low-energy Bluetooth that uses less battery life. This lets users enjoy writing with their pens a lot longer than traditional Bluetooth devices.

The Bluetooth connection will send the content to the Neo Notes app instantly where drawings, written notes or other handwritten content gets stored. The pen’s tip has a camera near it that records the inking. The pen’s technology can sense and see the pen’s movements across the page. This quickly translates into accurate note taking, art and doodles that show up almost instantly.

The New Notes app costs nothing to download to the iPhone or iPad. There’s also an Android version.

As the app syncs the notes from the pen, it also records the audio, which syncs up with the pen’s inking. Use the pen and app’s recording for taking notes in a meeting or class. Tap on the note and hear the audio that took place when the person wrote those notes or drew that image. If you can’t read your own handwriting or decipher what a drawing means, then listen to what was going on during the meeting or class at that moment. 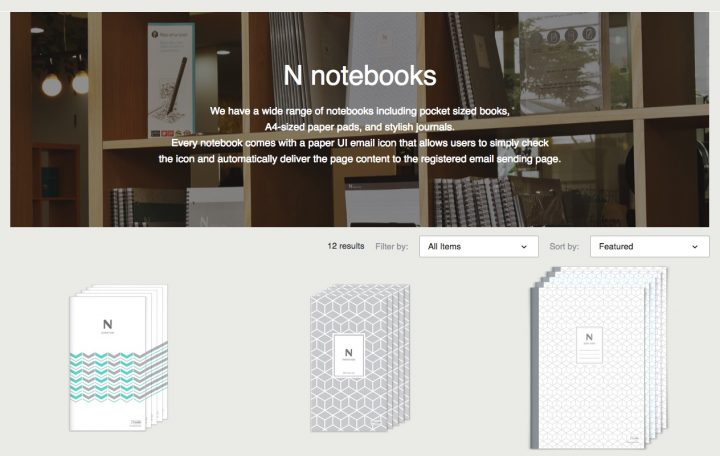 The Neo Smartpen N2 uses a special notebook or paper. The company sells the notebooks in many forms and sizes. N Moleskine notebook costs $29.95. It’s a black notebook with large ruled lines inside a water-repellent cardboard cover. They also have a pack of five spiral bound notebooks for $19.90. Check out all of their notebooks options at the Neo Smartpen website.

If you don’t want to buy notebooks, make your own paper on a Windows PC and laser printer with N Toaster. This Windows program prints pages that work with the Neo Smartpen N2 so long as they’re printed properly.

Adonit Jot Stylus: the Best Apple Pencil Alternative for Inking on the Screen 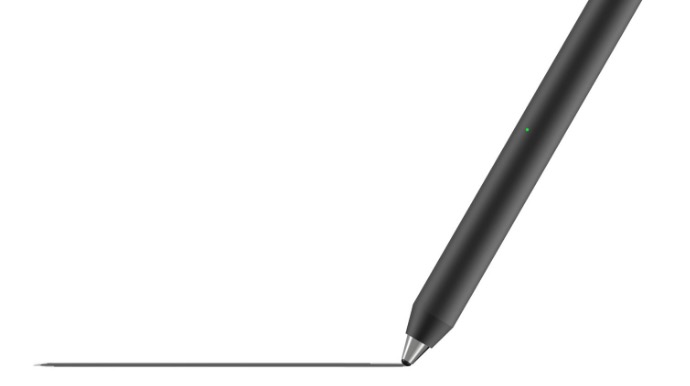 Adonit makes a line of precision styli, which work great as Apple Pencil alternatives. Most of them cost much less than the Apple Pencil. They range in price from the Adonit Jot Mini at $19.99 to the Adonit Jot Touch for $99.99. The Adonit Jot Dash is the best of the bunch for a few reasons. First, it’s got a precision “PixelPoint” tip, which means it doesn’t have the large rubber nib or the clear disk like some of the Adonit stylus options. Second, it doesn’t connect via Bluetooth. It’s limited to a handful of apps, but they’re all great and include apps for art and for taking handwritten notes. Finally, it’s only $49.99, making it half the price of the Apple Pencil or Adonit’s premium stylus, the Adonit Jot Touch. 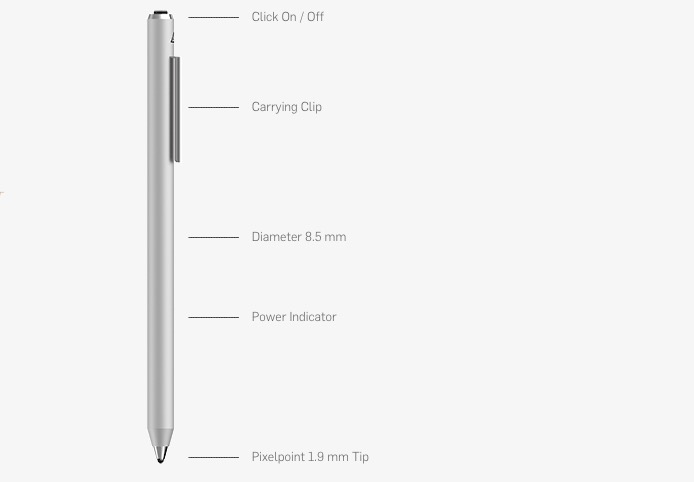 We recommended the Adonit Jot Dash before as a great tool for getting the iPad Pro experience on an iPad Air 2. It also works with the iPhone. Many iPhone 6s Plus owners consider the phone big enough for taking short notes in a meeting or doing quick sketches in a drawing app. It’s not a professional art tool, but pro artists can practice or sketch out ideas for their masterpieces.

The Adonit Jot Dash comes with a couple of features that Apple should consider adding to Apple Pencil. First, there’s a power indicator to tell the user how much battery life remains. Second, there’s a clip to hold the stylus in a shirt pocket or attached to a case cover or in a computer bag pen holder. Finally, the button on the top turns it on or off or launches a supported app. 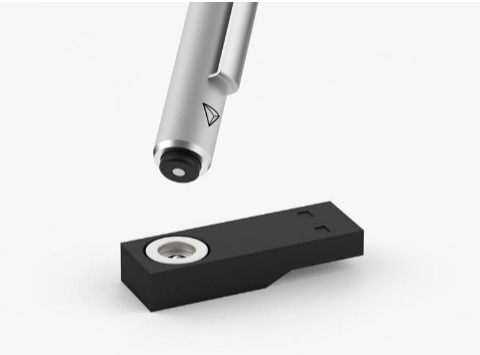 The charging system connects to this button on top of the pen and plugs into any USB port on a computer or an AC/USB adapter.

One solution that’s similar to the New Smartpen N2 comes from Evernote. They sell Evernote Notebooks from Moleskine. These are nothing more than regular notebooks branded with Evernote’s logo and signature green color accents on the front. The user can write in the notebooks with any pen or pencil and then use the Evernote app to “scan” the page and import it into Evernote. 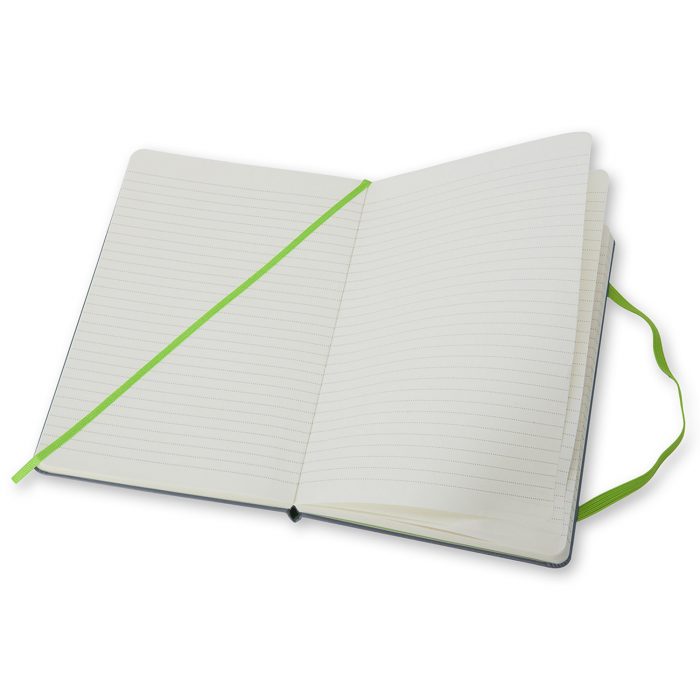 Evernote and Moleskin offer a variety of options. A $29.95 Evernote Smart Notebook (above) comes with a hard cover and either ruled pages or squared graph paper. Each has an elastic band to hold it closed while not in use and a ribbon place maker. 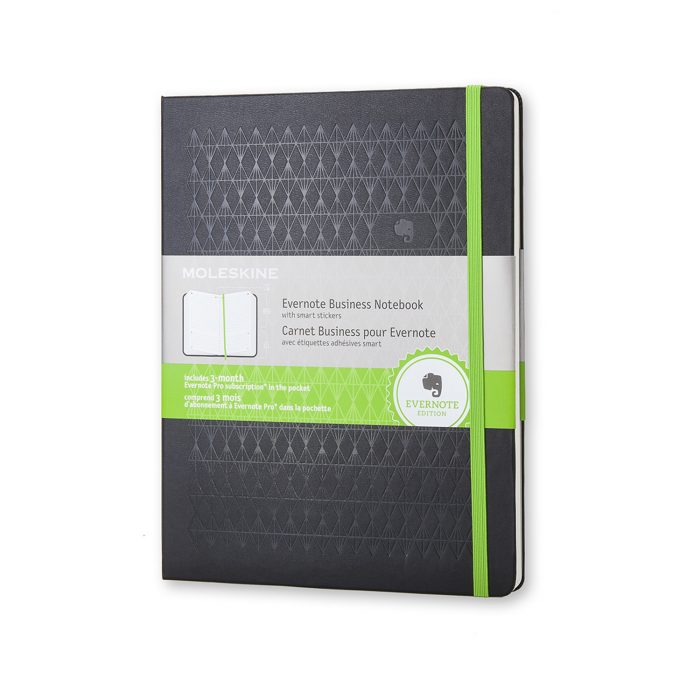 For $32.50 buyers can get the Evernote Business Notebook with Smart Stickers (above). It’s a hard back ruled notebook that’s larger than the Evernote Smart Notebook. It comes with color stickers that the user can tell their Evernote app to automatically recognize scans with these stickers and add the pages to a specific notebook in the app or give it a specific tag. 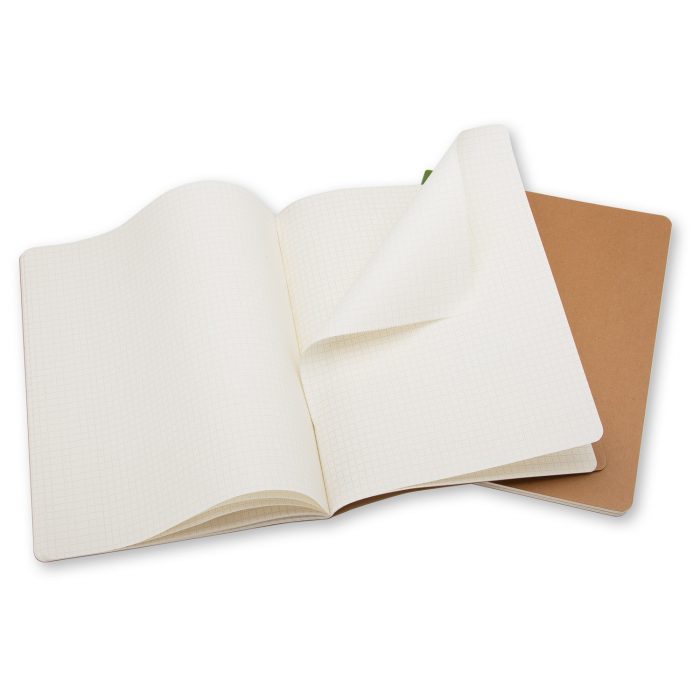 Artists can make use of the Evernote Sketchbook with Smart Stickers ($32.95). They’re hard backed with squared graph pages in black. The notebook measures 5.1×8.3-inches.

All of these also add a month to three months of premium Evernote service. Evernote Premium adds more storage and bandwidth as well as a few special features like preferred online scanning of documents. 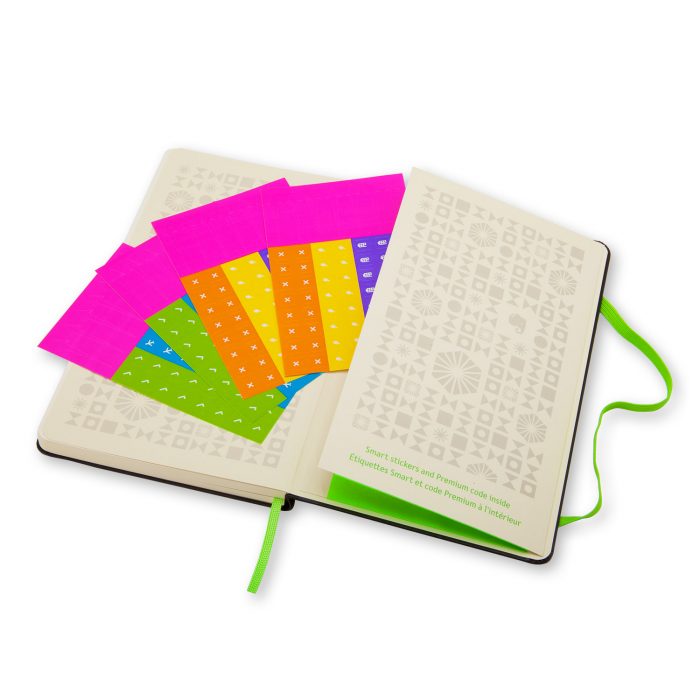 The notebooks also come with a pocket on the back cover and a place to put a business card. When the Evernote app recognizes the business cards placed on this spot it automatically imports the contact info into the phone and into a special folder in Evernote.