There’s a lot of talk about the iOS-ification of OS X with the release of the Mountain Lion preview, but relatively little about what Mountain Lion means for iOS 5.1 and the future of iOS.

Now that I’ve had time to use Mountain Lion on my MacBook Air, there are a number of new OS X Mountain Lion features I want to see on my iPhone and iPad right now.

I’m actually hoping we’ll see these features announced with iOS 5.1 on March 7th during the iPad 3 event, but It’s more likely that we’ll get these features will come in a future version of iOS, perhaps iOS 5.2.

One of my favorite improvements to OS X Mountain Lion is in the new version of Safari, one that will likely come to OS X Lion later this year. Apple has finally adopted a universal search bar, so I can search and enter web addresses from a single place. Check out the cleaner, easier to use Safari 5.2 interface below. 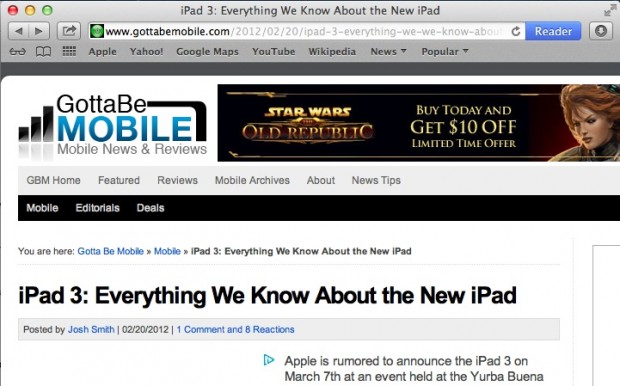 Note the universal search bar where you can search or enter web addresses.

This is one reason I love the Android browser over Safari for the iPhone, and I’m hopeful that Apple will quickly bring a universal search bar to the iPhone and iPad. 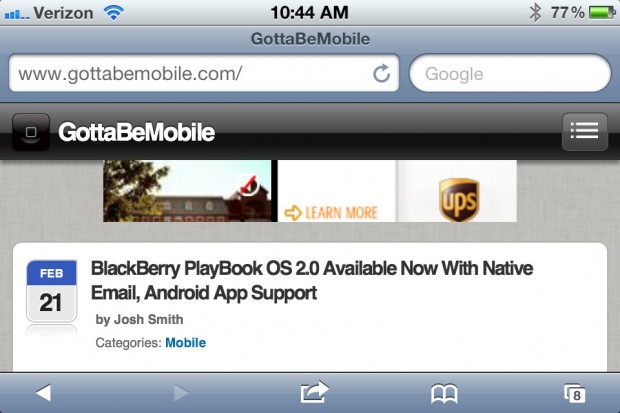 Note the two areas to enter information into Safari.

The single search bar and address bar makes even more sense on the iPhone. Above you can see the current cluttered toolbar on the iPhone, which constantly has me retyping an address or a search term.

Notifications are new to iOS and to OS X, but the iPhone and iPad Notification Center should be taking notes about how Mountain Lion handles notifications.

At first glance they are very similar, but OS X Notifications has removed the annoying “Clear” dialogue which you have to use anytime you want to dismiss notifications on the iPhone or iPad, shown below. 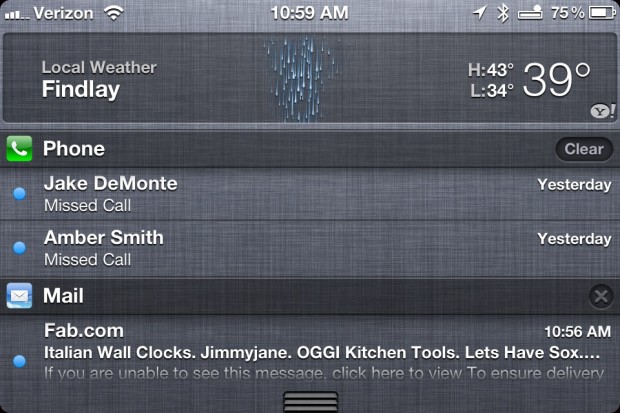 You don't have to click "Clear" to dismiss a notification in OS X Mountain Lion.

Apple has the “Clear” option on the iPhone and iPad to prevent accidental notification dismissal, but for most users it is more of an annoyance than a help.

Perhaps the most exciting feature of OS X Mountain Lion is AirPlay Mirroring, which lets you stream your Mac’s display to your Apple TV without any wires. AirPlay Mirroring started out on the iPad, and came to the iPhone 4S last fall, so it is great to finally see it arrive on the Mac.

One of the best features is the ability to match the mirrored display to the Apple TV’s 720P resolution, filling up your entire HDTV. I want this option on the iPad and iPhone, at least while watching videos in Hulu or Netflix, which end up leaving tons of unused space thanks to the non-widescreen aspect ratio of the iPad.

Update: AirPlay for Mac still leaves boxes on the side of the screen, but they aren’t as big as with the iPhone, Apple still has room for improvement.

In the demo of AirPlay below, you can see the option to choose the resolution you want when mirroring to the Apple TV from a Mac on OS X Mountain Lion.