The new LG G3 launch date is quickly approaching later this month in an attempt to battle the Samsung Galaxy S5, but a new round of leaks reveal LG is also aiming for the Galaxy Note 4 at the same time.

With the Samsung Galaxy S5 and HTC One M8 both available from carriers as we speak, many users and prospective buyers have been looking forward to what else is on the horizon. Whether that be the upcoming and often-hyped LG G3, the Galaxy Note 4 later this year, or even the rumored bigger iPhone 6.

Over the past month the leaks have started to arrive at an alarming rate, and last week we received some key details regarding the upcoming LG G3 right from the manufacturer themselves. While we now have a launch and release date scheduled, the full details have yet to be completely revealed, but this weekend three brand new photos are finally shedding more light on the LG G3. 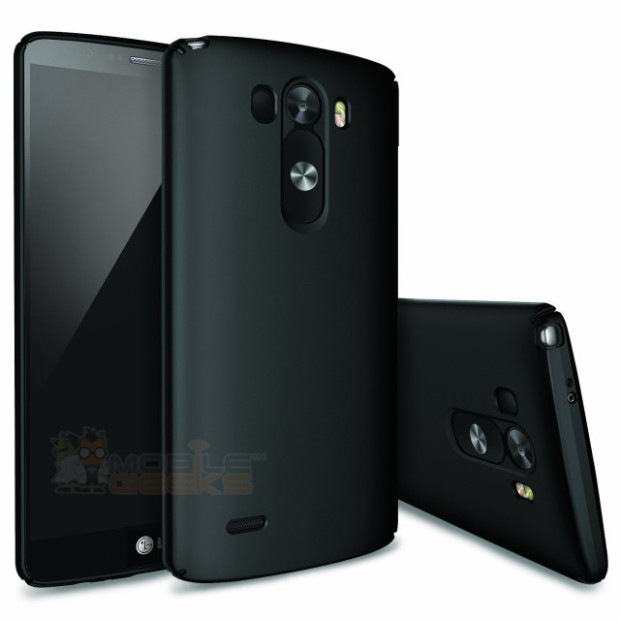 At this point we know nearly everything about the LG G3, even if nothing has been made official yet. Various rumors, reports, leaks, and tips are all suggesting a flagship smartphone that many consumers will be interested in. That said, read on for more details about what to expect, and what these new photos reveal.

The LG G3 will be released within the next two months. After the original Optimus G arrived in November and the LG G2 launched in September of 2013, many expected a late arrival of the LG G3 this year too. However, last week LG put all the release rumors to rest and officially confirmed the LG G2 will be announced and revealed on May 27th. Below is one of the three new leaked photos found by evleaks. 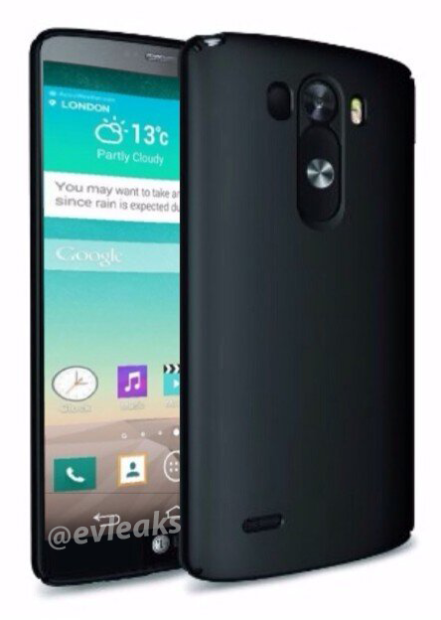 To be even more precise LG also confirmed the release date, but didn’t give an exact day. Instead the company confirmed its LG G3 flagship smartphone will be available in the US and around the globe before the end of Q2, which is the end of June. Meaning we could see the device released on May 27th, or in the early weeks of June at the latest.

What’s important about this release date is the timing versus the competition. The LG G2 arrived in September months behind the Galaxy S4 which sold millions, and then was potentially masked by the Galaxy Note 4 a month or so later. In 2014 LG is taking a different approach. The LG G3 will be here before the end of next month to battle the Galaxy S5 all summer long, and now the photos above and below show something we haven’t heard anything about. A stylus. If accurate, the LG G3 will have a 5.5-inch HD display and pack a stylus similar to the Galaxy Note 4 S-Pen.

Read: LG G3: 5 Must Have Features to take on the Galaxy S5

Over the past few weeks real photos have leaked of the device in the wild, but they’ve only shown parts we’ve thus already seen. We know the LG G3 will have rear mounted buttons similar to previous models, but the Stylus is the newest piece of the puzzle.

Rocking a 5.5-inch 2560 x 1440 Quad-HD display the G3 could offer one of the best visuals experiences on any smartphone. With a screen of that size a stylus makes sense, and here we’re seeing for the first time a built-in stylus similar to the Note lineup. With an impressive display, thin bezels, and a powerful 2.5 GHz quad-core processor with 2/3GB of storage options, the LG G3 should be able to battle both of Samsung’s latest devices.

Lately we’ve heard two version will be available of the LG G3. One with 2GB of RAM and 16GB of internal storage, and another with 3GB of RAM and 32GB of user storage. Of course both will have a micro-SD for expansion, but it’s possible the larger of the two will also be including a stylus. At this point it’s too early to tell, but that’s one possible scenario. 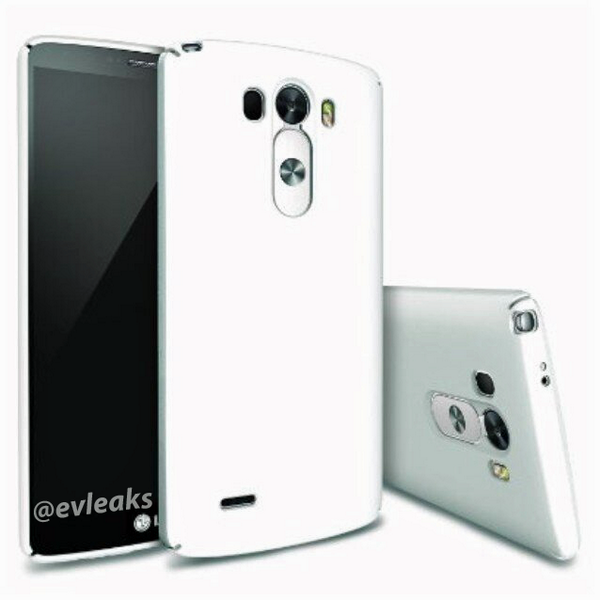 The image above is the last of the three newest leaks, showing the all-new LG G3 in white. All three photos clearly show the LG G3 with those popular rear-mounted buttons, the 13-16 megapixel camera, a flash, and a secondary sensor which is likely an infrared blaster for remote control functions. Reports suggest the silver power button on back will double as a fingerprint scanner for security like the Galaxy S5 and iPhone 5s, but that’s yet to be confirmed.

It’s worth noting that all these leaked photos appear to show the LG G3 hiding in a case to conceal the final design, but it is clear that the G3 will be a sleek device with thin bezels, and an excellent design. These are from a case manufacturer and by no means are official, but we’ll know more soon enough. The stylus could also be an antenna for the Korean version, so we’ll have to wait and see.

So far rumors have confirmed black, white, and gold will be coming at launch, and we’re hearing all five major US carriers will offer the LG G3 on launch day. With May 27th quickly approaching more details and leaks should be surfacing all month long.