The latest leaks point to a new look for Samsung Galaxy S5 apps which are companions to the TouchWiz software that is also reportedly undergoing an overhaul. 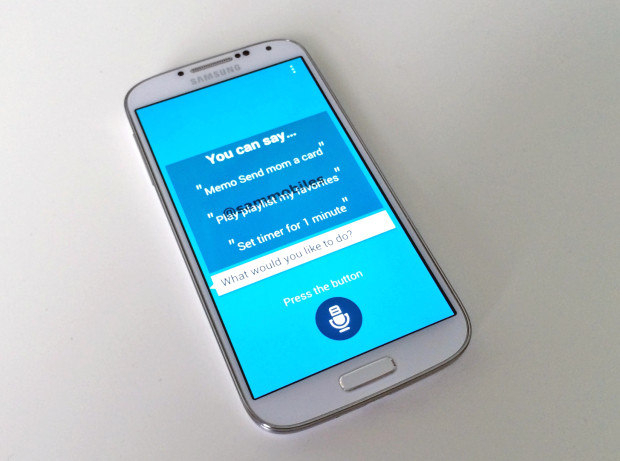 The Samsung Galaxy S5 will reportedly run Android 4.4, but Samsung traditionally covers the base of Android with a overlay that does not resemble the Android found on the Nexus 5 or other devices. While some users loathe TouchWiz others appreciate the looks and special apps and features Samsung builds in.

Thanks to SamMobile we have a closer look at three possible Samsung Galaxy S5 apps. The publication is clear that it is not able to verify completely that these apps are from the Galaxy S5, but the device uses a model number G900H, which SamMobile previously listed as a possible Galaxy S5 model number for Europe. The screenshots for these apps are not at the super-high 2560 x 1440 resolution that is rumored for the Galaxy S5, but as the screenshots arrived as part of the firmware for the G900H, they are not usable to determine the Galaxy S5 screen resolution. 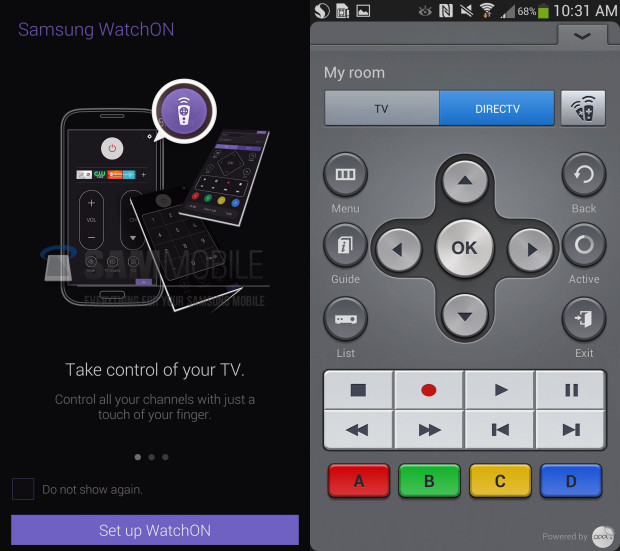 A Samsung Galaxy S5 apps leak includes WatchOn. New on the left, old on the right.

The latest possible Galaxy S5 app to leak is an updated WatchON app which is flatter and designed to fit in with Android 4.4.2. The screenshots show the setup process and intro, so there is not really any functionality to show at this time. WatchON is a Samsung app that lets users control a cable box, HDTV, home theater and other devices with the IR port on the S4 and Note 3, and the IR port that will likely be on the Galaxy S5. The screenshot above shows the new WatchOn app next to the current Galaxy S4 app. 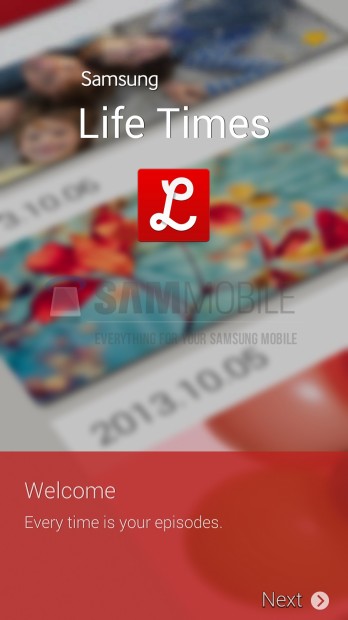 The next potential Samsung Galaxy S5 app to look at is the Life Times app. This app appears to share a magazine style layout with the leaked TouchWiz for Galaxy S5. The app appears to be a life logging app that connects to Samsung apps and to social networks to collect and organize life memories. 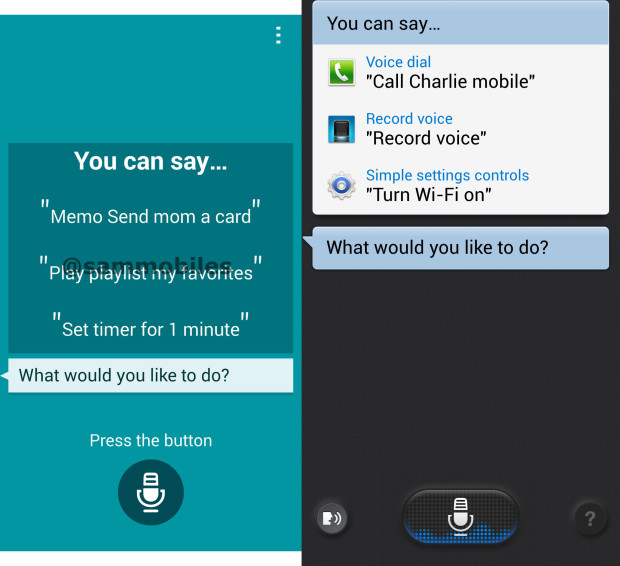 A leaked S Voice app that is likely destined for the Galaxy S5 appeared on the SamMobile Twitter feed showing a very flat design that as the image shows is quite different from the Galaxy S4 version of S Voice. This leak doesn’t show any new features, but it is further proof that Samsung will still keep this Google Now alternative in play for the Galaxy S5.

Mixed in with this new possible Galaxy S5 software design and Galaxy S5 apps is a report from Re/code that Samsung is planning to scale back the amount of tweaks and apps it offers on Android at Google’s request. This news comes days after Samsung and Google reached a broad patent and licensing deal and close to the timing of Google selling Motorola Mobility and the Moto X to Lenovo.

It’s not clear how fast Samsung will respond to Google’s request to tone down the Android customizations and to limit the number of apps with Samsung branding, but it may need to come after the Galaxy S5 release, possibly as an Android 4.5 or Android 5.0 update for the device or as part of a Galaxy Note 4 in the fall. We could see some duplicate Samsung apps disappear, but unless Google offers a remote control app, translation or other services we will likely see some Samsung specific apps and services remain.

The Samsung Galaxy S5 launch is rumored for February or March, with the latter being a more likely time for Samsung to show off the new Galaxy S5 to the world. As far as the Galaxy S5 release goes, the latest rumors all point to an April or May window.

The Samsung Galaxy S5 could arrive with two plastic models, one with a higher-end Exynos processor, more RAM and a higher resolution 5.2-inch display, while the cheaper version reportedly uses a Qualcomm processor and a 1920 x 1080 display. Additional details point to a 16MP camera, an upgrade from the 13MP sensor used on the Galaxy S4.