3 Problems Only Xbox One and PS4 Users Have

Its unclear what most Xbox One and PS4 users thought the next generation gaming would mean for the things they do every day. There’s the things that all now come standard with both consoles, like the ability to purchase the digital version of a game on release day, or being able to share video clips online. The Xbox One and Wii U both even offer some form of television integration to supplement user’s live television viewing experiences.

Here’s the thing though. Even with the PS4’s Share button and the Xbox One’s ability to live stream gameplay to users around the world, gamers are still living in a world with that make each console feels less futuristic and more like the consoles of old. 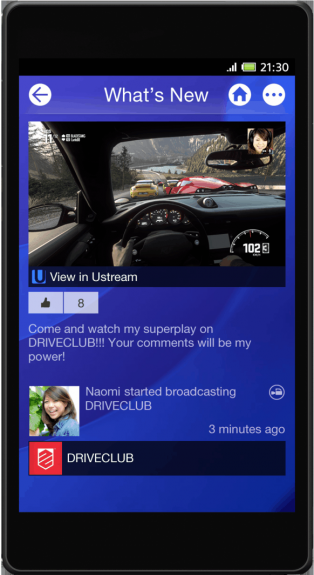 Before Nintendo came along and introduced the Wii U gaming console’s touchscreen-equipped controllers, gaming was a world unspoiled by the idea of what entertainment makers call “Second Screen Experiences.” The idea with the Wii U’s gamepad and the PS4 and Xbox One apps that it inspired is simple to understand. Users sit in front of their television sets with a laptop, tablet or smartphone. Marketers, video content makers and game development companies are doing their best to take advantage of this phenomenon.

Xbox SmartGlass and the PlayStation Mobile app were created to enable second-screen experiences for console lovers. In some games users can use these mobile apps and extra controllers, dropping bombs on unsuspecting players or buzzing in to answer trivia questions. Many games, like Ryse: Son of Rome for the Xbox One as an example, rolls in an entire second-screen experience that gives users maps, the location of extras and information they can’t get anywhere else. Microsoft takes this a step further by allowing all content to have a second screen experience. As such, users can type in the Internet Explorer app on the Xbox One with their smartphone or find out more information about the actors in a particular movie or television show with their tablet.

It all sounds ideal until you realize that the overwhelming majority of big AAA games are using their marketing muscle and development skills to create their own smartphone apps outside of the Xbox SmartGlass and PlayStation Mobile experience. We don’t know much about the limitations of these apps but what we do know is that publishers giving every single one of their games a companion app of its own could be ruining what was supposed to be a very simple concept for any gamer or console user to understand. Publishers are destroying the unified second screen experience before it has a chance to take shape fully. 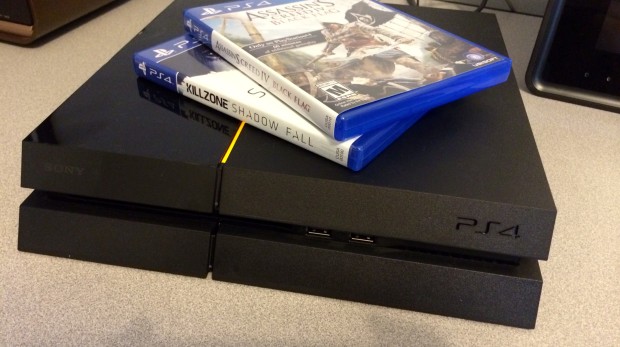 Today, gamers stand at the cusp of a digital revolution – and no, I’m not just saying that because it sounds intelligent. About a decade ago the iPod began to change the way people think about media. Before the iPod, users purchased music on CDs. The CD was something tangible, something that users could point to and put on a shelf. Suddenly, music became this thing that users paid for, but couldn’t feel in their hands.

Video games are at the beginning of that transition. Both the Xbox One and PS4 allow users to purchase video games on the day they’re available in stores. Sony bolsters this functionality by letting users pre-order and purchase games online. To date, Microsoft doesn’t do anything of the sort. Instead, Xbox One owners are still forced to walk up to their console and purchase games through the Xbox Store. That’s despite the console always running in a low power state that would make it easy for Microsoft to have the Xbox One detect and download new game purchases when they’re made online. To be clear, Xbox One users can purchase specific Xbox One games online, however they won’t download to the console on their own. Users have to manually trigger the purchase from the Xbox One’s queue. That kind of defeats the purchase of an always-on console, especially since it could take hours to download an Xbox One game.

Really, one of the biggest reasons to own an Xbox One is the Kinect 2 sensor. Despite the fact that Microsoft now ships the Xbox One without a Kinect 2 sensor for $399, today it’s hard to tell where the console itself begins and where the now optional sensor starts. Plenty of Xbox One features, like live television and multitasking, rely on the sensor for users to control them.  A key part of the experience is what Microsoft calls Biometric sign in. With it turned on, the Kinect 2 sensor will recognize user’s faces or voices and automatically log them into Xbox Live.

That’s great, after all the Xbox One is built to be a seamless experience. And not having to pick up a controller for the console to recognize who is talking to it is futuristic and something that wasn’t possible just a few years ago. On the other hand, it can also be a royal pain if you have more than one Xbox One at home.

That’s because the Xbox One user’s account account information is tied to their account instead of the console. This allows users to enter their Microsoft account anywhere and access their Xbox Live Gold benefits. The issue comes up when there’s more than a single Xbox One in your home. Saying something too loud in your  kitchen could automatically log you into a second Xbox One console, forcing you out of the digital games and apps you were just having fun in before walking near the Xbox One in the living room.

Of course, over time, these issues will disappear and Microsoft’s and Sony’s consoles will get better over time. The Xbox One is on sale for $499 while the PS4 is on store shelves for $399. A $399 Xbox One bundle is set to arrive on store shelves in early June.