Even with all the benefits that digital games offer on the Xbox One and the PS4, I am not buying Madden 15 digitally and this may completely change my strategy to buy sports games digitally.

I’m even passing on a digital Madden 15 release when I can save 10% thanks to the EA Access membership I subscribed to play Madden 15 early. I’ll share why I planned to buy Madden 15 digitally and ultimately why I decided not to go with the digital version even though it leaves me with a lot of money in my Microsoft account.

Read: Madden 15 Review – Is it Worth Buying?

The Madden 15 digital download is exciting because I don’t need to go to the store for a midnight release and more importantly I don’t need to keep switching discs when I decide to jump between Madden 15 and FIFA 15 or any other game that is coming out this fall. That is a big plus for me as I typically play a game or two then jump to something else.

Ultimately the Madden 15 release changed my mind on buying games digitally, and combined with other trends I may wait to buy any digital Xbox One games when they are on deep discount, but rarely on release day.

The biggest downside to the Madden 15 release on digital is that unless you live on the West coast you’re going to be waiting three extra hours to play on Xbox One. This turns a Madden 15 midnight release into a 3 AM release, which basically means you aren’t playing until after work or school. 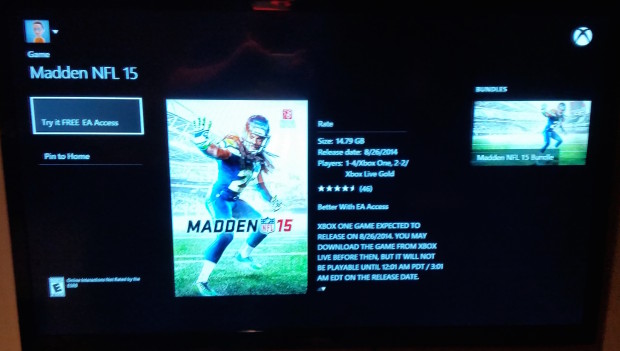 No option to play until 3AM on the Madden 15 release date is ludicrous.

Street dates and times are important, but Microsoft needs to get on this and push for an actual midnight release time for digital downloads. Sony offers the Madden 15 digital release at midnight eastern and with pre-loading gamers can play right at 12:01 AM eastern.

Two big drawbacks hit the Madden 15 release like double coverage. First off there is no way to do anything with this game after I buy it. I own Madden 15 on Xbox One forever. There are no trades, no letting a friend borrow it or otherwise doing anything when I upgrade to Madden 16 next year. 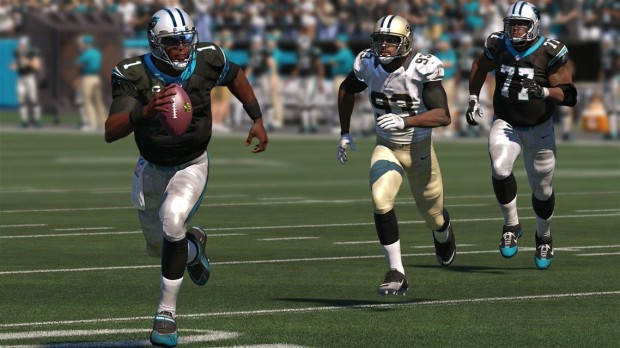 I planned to buy the digital Madden 15 release because trade in values are typically not worth the hassle, but GameStop is offering better values and this year a Madden 25 trade deal delivered way more value than normal.

With no way to share Madden 15 and the potential for better Madden 15 trade in deals next year it makes more financial sense to skip the digital Madden 15 download.

No Special Edition of Madden 15 Digital 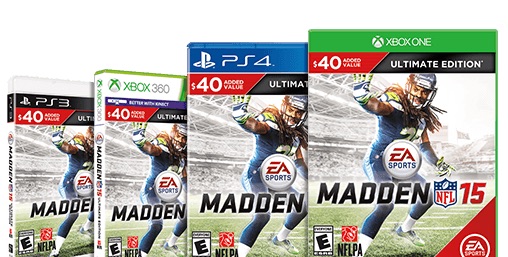 If you love Ultimate Team, head to a store there is no digital Madden 15 Ultimate edition.

The only Madden 15 bundle that Microsoft offers includes 11 pro packs for Madden Ultimate Team, but this is a far cry from the 30 Ultimate Team Pro packs and draft pack that you get with the Madden 15 Ultimate Edition.

While the Madden 15 digital release includes the same features and is even cheaper with an EA Access subscription on Xbox One, the negatives are too plentiful to convince me to buy it digitally.

I’m sitting on a digital copy of Battlefield 4 that I rarely play and can’t trade in even though Best Buy would pay me $31.50 it today, which is more than enough to cover the balance of paying for my disc on the Madden 15 release date tomorrow.