Apple released iOS 5 nearly a year ago when the iPhone 4S hit the market, and adoption was swift.

But iPhone 4 and iPhone 3GS users who didn’t upgrade right away are likely still using the outdated version of iOS, and if they just might be costing you money.

After listening to complaints about apps that don’t work and the inability to quickly edit photos from friends and even my bank teller, I’m kicking off a campaign to upgrade our friend’s iPhones to iOS 5.

The percentage of iPhone and iPod owners still using iOS 4.x remains around 20% as of August 2nd, which is about the same as 6 months ago.

New in iOS 5 is support for iMessage, a free way for iPhone, iPad, iPod Touch and Mac users to message each other. If you have an iPhone and you send a message to an iPhone on iOS 5 it doesn’t cost a thing. But, if your friends are too busy to upgrade to iOS 5, you’ll pay normal text and photo messaging rates. 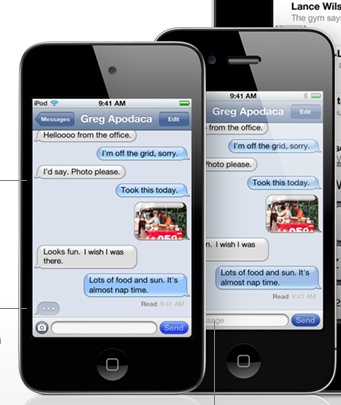 Free messaging to other iPhone, Pad and iPod Touch owners.

Simply put, friends using an iPhone on iOS 4 are costing you money.

If you’re sick of photo messages and Facebook postings with crappy photos, install iOS 5 on your friends’ iPhone and show them how to quickly fix and crop photos. 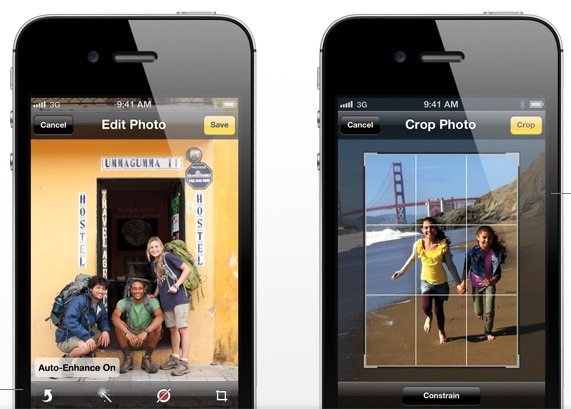 The results are impressive, and odds are this will be their favorite part about the upgrade. Friends, this is why my photos look better than yours, at least in part.

With iOS 4 dropping to 20% of all iOS devices some apps will no longer work on iOS 4, or at least not officially. This is why some apps crash on your friends’ iPhones and run fine on yours. If you’re sick of hearing complaints about apps crashing on you pal’s iPhone 4, upgrade them to iOS 5.

Has a friend recently complained that they lost all their photos, apps and information when their iPhone died or went missing?

iCloud is built in to iOS 5, and once turned on it automatically backs up the iPhone to Apple. If their iPhone dies, just pull down all the information to the new iPhone with a few taps.

No more listening to complaints about lost photos and class notes.

Over the Air Upgrades

The biggest reason to upgrade to iOS 5 is the new over the air upgrade feature. Once your friends are on iOS 5, they will get update prompts on their iPhone. 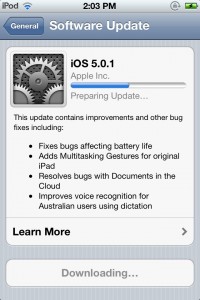 Make sure they back up their iPhone by plugging it in to the computer and syncing it. Then, follow these instructions to upgrade to iOS 5.

Don’t steal their iPhone, especially if it is a work phone, but in all other cases.

Seriously, take them to their computer. Plug in their iPhone and help them update to iOS 5.1.