It wasn’t all that long ago that Apple was the talk of the town. Having skillfully, dominated the media player and high-end computing markets, Apple could do no wrong. Traditional smartphone makers like Samsung and BlackBerry didn’t stand a chance against Apple’s easier to use iOS operating system on the iPhone. It didn’t hurt that the iPhone had the best hardware available anywhere. Even industry juggernauts like Microsoft were left gasping for breath and reasons for users to pick up their mobile products.

More recently though, the tables have turned. To be clear, Apple still makes more profit in the smartphone industry than anyone else. That being said, those profits aren’t translating into more and more sales. Instead, sales of the iPhone, the iPad – Apple’s tablet that once seemed destined to undermine Microsoft’s PC monopoly – have stalled.  The Apple taking the stage at WWDC 2014 isn’t an Apple like we’ve known them in recent years. There aren’t any new breakthrough products that were released last year. Also, there doesn’t appear to be much of any new landmark sales numbers for the company to tout either. 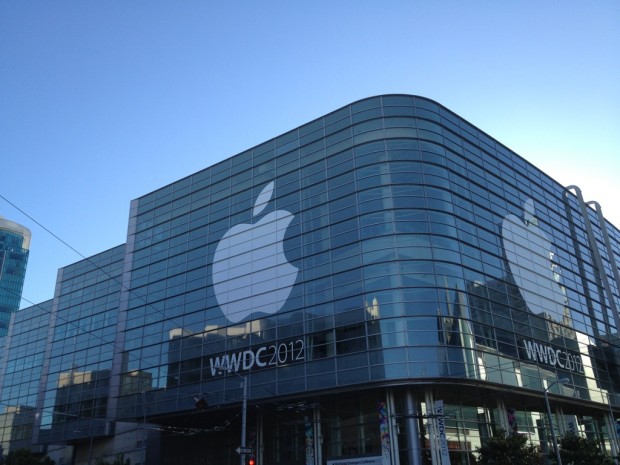 At WWDC 2014 Apple needs to deliver on a couple of different fronts to remain relevant in the consumer electronics space or risk becoming a symbol of what happens when companies stop innovating and start coasting.

Deliver an iOS 8 That Really Is Functionally Better

When Apple first announced the iPhone and what would become iOS, the operating system was a breath of fresh air, a symbol of what happens when engineers spend time thinking about how users interact with their devices. Apple rethought everything, including basic concepts like scrolling and zooming. With this in mind, it’s ironic that iOS is now the oldest and most stale of the three most popular mobile operating systems.

To be fair, last year’s face lift breathed new life into the operating system that runs on the iPhone and iPad. iOS 7 was a step in the right direction, however the company has to do more. It has to deliver more customization so that users can add the options they want to the Control Center settings area, for example. It has to rethink the concept of the home screen too, and introduce some form of multitasking beyond just requiring users to press the Home button to work between different apps. It also has to rethink how apps and iOS can work together to create a cohesive experience for everyone.

It’s also ironic that a company now synonymous with creating mold-busting computing devices like the iPad and the iPod finds itself without a genuinely new piece of hardware launch in a few years. It’s safe to say that the iPad Mini and iPhone 5c are rehashes of products before them. If you accept that than the last time Apple wowed users with a product that was better than its rivals in the same space was the iPad nearly four years ago.

Apple doesn’t need to do something groundbreaking, but it does need to prove that it still understands hardware markets outside of the smartphone and tablet. An iWatch without the complexity and uselessness of today’s smartwatches wouldn’t hurt. Something new in the living room where Apple has nothing beyond the hardly refreshed Apple TV wouldn’t hurt either.

Get Serious About Software and Services

This week Apple stunned industry insiders when it announced that it’d buy the Beats Music & Beats Entertainment. At least, it did when news of the buyout first leaked early in May. Naturally, it’s the headphones and speakers that have gotten the most attention. Beats Music, the outfit’s subscription music service, has also been the talk of the town, with recent articles declaring Beats Music as the first app and service that Apple makes for Android and Windows Phone.

That’s ridiculous. Apple has always and probably will always restrict its own services and software to its users. The strategy has always worked for them. By doing so they’re able to lock in users and give the iPhone and iPad an air of exclusiveness. Google and Microsoft are already making their apps and services platform available everywhere, Apple should keep its stuff to its devices.

Apple should also be announcing that it’s committed to making its online services and cloud services the best they possible can be. Because, let’s be honest here, they aren’t nearly as good as thier rivals. Even when used on the iPhone 5s, iMessages still takes forever to deliver messages, and God help users if they ever decide to switch, thanks to the way the iPhone turns this functionality on for every iPhone user by default. There’s still no online version of the iTunes Store or software, forcing users to install the awful disaster that is iTunes on Windows and fire up the Mac version too.

This year, Apple has to do better. It has to step up to the plate and declare once and for all that it gets what users want and what they need in 2014. It has to prove that, in the face of a resurgent Microsoft and ever-popular Google, it has what it takes to continue as the de-facto choice for users who want high-end consumer electronics. This needs to start at WWDC 2014 and continue into the fall where it’ll face the most serious challenges to its products yet.

WWDC 2014 kicks off on Monday June 2 with a keynote users will be able to stream online.