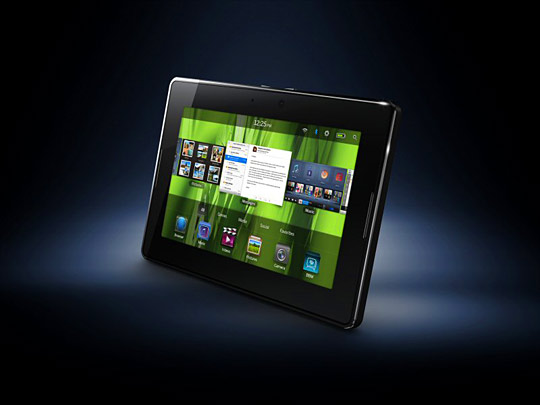 The CIO blog is reporting that according to an un-named high-level BlackBerry administrator who has signed a non-disclosure agreement with RIM, Research in Motion could be releasing its BlackBerry PlayBook with an embedded 3G modem for AT&T’s wireless network by March or April with an LTE model to follow closely after. News of a 3G PlayBook or an LTE PlayBook is the first we’ve heard as RIM has only promised a WiFi-only model and Sprint has committed to a 4G WiMax model for a summer release at CES.

RIM has said previously that its WiFi PlayBook is slated to arrive before the end of March, or within the first quarter of the calendar year. A late March 3G model for AT&T would follow the WiFi-only model’s launch date closely.

At CES when we had spoken with RIM representatives, the WiFi-only model could either connect directly to a WiFi network or would require a BlackBerry smartphone to tether over a secure BlackBerry Bridge to establish authentication with an enterprise server. That means that for non-BlackBerry users, finding a hotspot would be crucial for getting the tablet on the Internet while on the go, though the PlayBook would still be able to operate games or be used for video viewing. The strategy here would help to keep the costs down for PlayBook adoption for BlackBerry owners as a separate mobile broadband data plan would not be required, but the downside of this strategy is that it would be hard for non-BlackBerry smartphone owners to tether unless their smartphones offered WiFi tethering or they carry around a mobile hotspot like the MiFi.

For those itching for connectivity without the need for WiFi hotspots or tethering, waiting a month or two for the rumored AT&T 3G PlayBook may be a good option.