Microsoft finally released Office for iPad. The price, however, poses a big obstacle for the average user. Each app is free to download, but Microsoft requires an Office 365 subscription and charges users $9.99/month (or $99.99/year for it). Subscribers get access to Microsoft Office 2013 for Windows or 2011 for Mac, plus the online versions, extras like OneDrive, formerly SkyDrive, storage and more.

Some people won’t want to pay even $9.99/month for the privilege. That’s why we recommend these great free Office for iPad Alternatives. 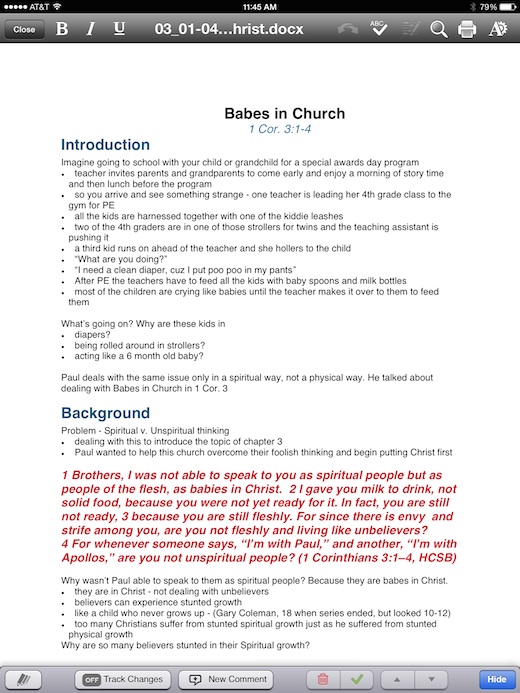 Quickoffice for iPad was so good that Google bought the company and integrated it more tightly with Google Drive. It also supports viewing and editing Microsoft Office files from Word, PowerPoint and Excel.

Quickly access Word, Excel or PowerPoint files by downloading Google Drive for the Mac or PC and sync local documents with Google Drive’s cloud storage. Users get 15GB of free storage and can buy more for next to nothing if they need it. 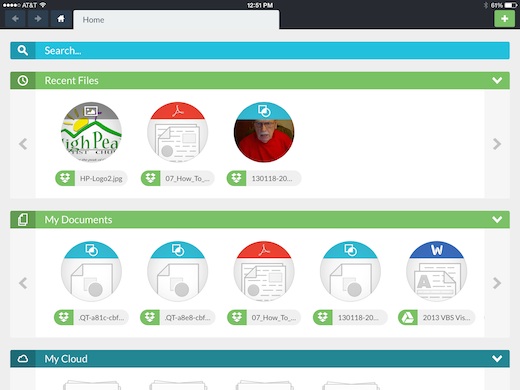 hopTo for iPad offers a nice interface with interesting potential, but it needs some improvements.

hopTo works with Microsoft Office file formats, but unlike QuickOffice it’s compatible with other cloud storage services like Box, Dropbox, Google Drive and OneDrive. Windows users can also access files on their PC through the hopTo Windows File Connector, a tiny program that the user installs on the PC.

The hopTo app doesn’t let the user create PowerPoint files. When accessing files in online storage accounts, it won’t show folders. The user can only see files in their root directory. Finally, the user can’t use it in portrait mode.

Despite this, we like the app and hope they will update it to fix these problems. 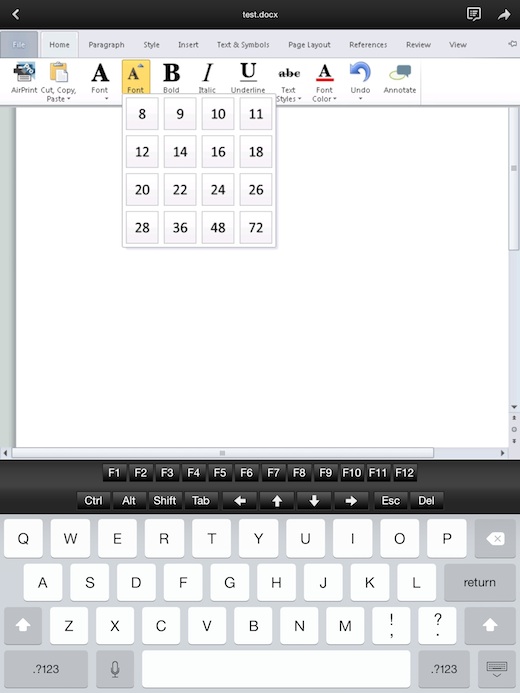 CloudOn works more like Microsoft Office than the other apps with the ribbon interface.

Instead of just installing an app that mimics Microsoft Office, why not install CloudOn? It puts a simple version of Microsoft Office on the iPad for free. Log in and a connect to a cloud storage service like DropBox and then start making or editing Word, Excel or PowerPoint files.

The interface looks like Office because it has tabs and a ribbon on the toolbar. However, it’s not really Office.

The service is free until November 2014. 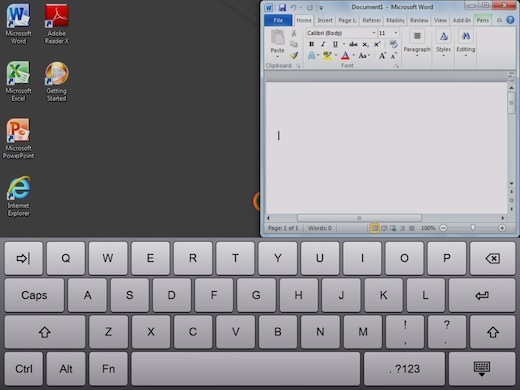 OnLive streams a full copy of Windows with Office installed to the iPad.

OnLive Desktop takes the idea of a streaming Office environment a step further and gives users a full Windows environment. The folks who pioneered streaming gaming to a tiny set-top box also started this. They struggled with Microsoft in court, but the app still is available.

Log in and users will see a Windows desktop. Tap on the icons to open one of the Microsoft Office apps. In addition to Office, users get Internet Explorer, Adobe Acrobat Reader X, Windows Media Play, Calculator and Notepad. There’s also Microsoft Surface Collage for making working with images.

It’s a nice service/app, but bring the stylus because it’s difficult to tap on the tiny Office interface icons. 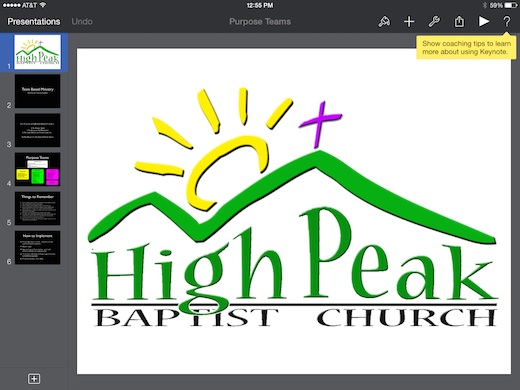 Don’t forget the Apple iWork set of apps! It includes Pages, Numbers and Keynote. While Pages offers only limited features compared to Word, it’s good enough for most users. Numbers works for simple spreadsheet needs, and Keynote beats PowerPoint in ease of use. It also comes with better looking templates.

These apps cost $10 each for people who didn’t buy a new iPad or iPhone. If you purchased an iOS device recently, you can get them free.