When you’re just casually looking at the smartphone landscape, a lot of things haven’t changed. Apple’s iPhones, including the iPhone 6, are still the smartphones to beat. iPhone rivals from Android have come the close to beating Apple’s devices based on hardware features, but none can seriously lay claim to the iPhone’s crown yet. Things have changed for Microsoft’s Windows Phone operating system though. With the release of Windows Phone 8.1, there are suddenly a few credible iPhone alternatives running Windows Phone and we’ve collected them here.

The big reason for the sudden change is the Windows Phone 8.1 operating system itself. Last year, we only had rumors and speculation to go on. The Windows Phone was in the middle of a long major update drought. Microsoft had managed to keep the platform relevant with small updates that added new features. However, it hadn’t released a large exciting update that could convince users to switch to Windows Phones and iPhones.

The Windows Phone 8.1 update added so many things, that it feels like Microsoft has achieved feature parity with iPhone and Android in most ways that count. New personalization options let users create a device all their own. Live Tiles can be organized into folders. Adding some flair to the Windows Phone Start is as simply as adding a background that appears behind each tile. Windows Phone 8.1 added an easily accessible file system, options for sharing browser tabs and passwords between Windows Phone 8.1 and Windows 8.1.

Also, there was Cortana, the Windows Phone personal assistant that combines conversational controls and searching like the iPhone’s Siri with the automated search features that allow Google Now to give users traffic directions exactly when they need it.

Hardware changes have also made Windows Phone 8.1 more viable. Now device makers can effectively use the same designs from their Android devices. In one case, that’s brought Windows Phone one of the most powerful handsets of this year: The HTC One M8.

Having decided to make the Lumia Icon available to users only on Verizon, Microsoft needed a decent iPhone 6 rival this holiday season. In the late summer it coined the term “Affordable Flagship” and introduced the Lumia 830.

At first blush the Lumia 830 isn’t a typical iPhone rival. The Lumia 830 doesn’t have a high-end processor. Instead Microsoft went with a 1.2 GHZ Snapdragon 400 Processor and 1GB of RAM. Strangely though, the Lumia 830 is perfect thanks to its other qualities. A 10 megapixel rear-facing camera sits on the back of the device. On its side is a very important physical camera button. Wireless charging is built in and there’s a spacious 5-inch 720p display. It only comes with 16GB of storage but there’s a MicroSD card slot for those who need more.

As we said in our Lumia 830 Review. The Lumia 830 is almost the complete package and those who aren’t going to be doing too much gaming will find that all of those extras outweigh the slight issues that stem from the limited processor and RAM. AT&T is selling the Lumia 830 with a free FitBit fitness and health tracker. 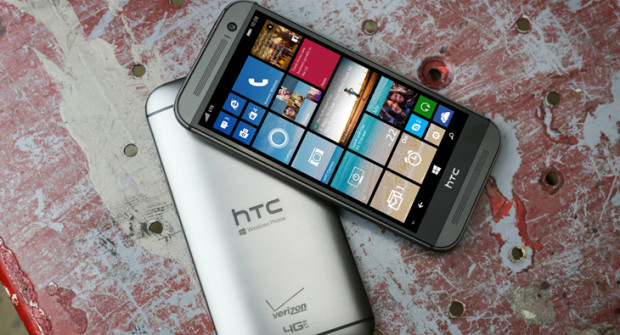 Surprisingly, the most wildly available Windows Phone – and arguably the best iPhone 6 rival Windows Phone has doesn’t come from Microsoft itself. No, instead the most mainstream and powerful phone users can get comes from HTC. It’s the HTC One M8 for Windows

All year rumors swirled that Microsoft planned to let Windows Phone makers create devices that could switch to Android and Windows Phone. That never materialized. Instead, Microsoft changed Windows Phone requirements so that device makers could effectively use their Android hardware and just load it with the Windows Phone operating system. The HTC One M8 for Windows is a direct result of this change.

All of the hardware that made the HTC One M8 a must-have Android device is present here.  Two rear facing cameras give pictures depth. A quad-core 2.3 GHz processor and 2 GHz of RAM sit at the heart of the HTC One M8 for Windows. 32GB of storage space is inside but users can add more with the MicroSD card slot.  All of this is wrapped in an aluminum body with cut outs for a 5-inch full-HD display and two BoomSound stereo speakers. 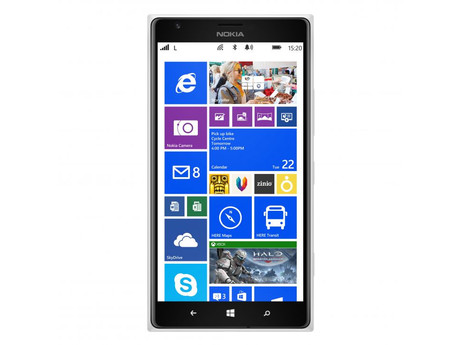 Finally, there’s the Nokia Lumia 1520. Apple didn’t just release an iPhone 6 with a bigger screen than its predecessors. It also delivered the iPhone 6 Plus and the Lumia 1520 is more than a match for it even larger display. The Lumia 1520 has a massive 6-inch high-definition display and a front-facing camera on its face. Its rear holds a 20 megapixel camera with Lumia PureView imaging technology and a dual LED flash. It takes amazing photos and handles games flawless thanks to its Snapdragon 800 quad-core processor and 2GB of RAM. On-board is 16GB of storage, but again, users can add more.

Even if you’re just considering switching to a Windows Pone, definitely look into these Windows Phones. They’re great iPhone alternatives and each has a trick of its own and something unique to offer that the iPhone doesn’t.