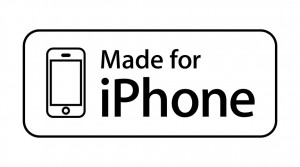 If you’re an Android or webOS user who have been complaining how the iPhone is inflexible and doesn’t keep up with your lifestyle, four new features rumored to be coming to iOS at WWDC will make you want to give iPhones, iPod Touches, and iPads a second look. Apple is said to be updating its notification features, adding support for widgets, bringing better voice integration, and perhaps untethering the iPhone so that it can finally receive software updates over the air. While this isn’t a monumental change for those who are hoping to have carte blanche access to the iOS sans jailbreak, it is a step in the right direction to give iOS the proper user interface changes that may tempt away those on the more open Android operating system.

1. Notifications
Apple had hired away HP’s webOS notifications design guru Rich Dellinger early last summer, and the result of his work may be seen on this next-generation version of iOS.

2. Widgets
Long been the complaint of iOS owners is the lack of widgets. On many Android smartphones, and even on Windows Phone 7’s Live Tiles–which essentially is sort of a widget substitute–users can access important information without having to open the app. It’s a quick and easy way to glance at information on the go, like weather and stocks, but also some manufacturers like HTC has created a whole experience out of widgets to give users added value.

HTC’s widgets–part of the HTC Sense user interface and experience–allows users, for instance, to glance at their SMS messages, emails, ebooks, and more. Samsung has their TouchWiz UI on Samsung smartphones and Samsung Experience on Android Honeycomb tablets. LG has their S Class user interface as well. However, of the three leading manufacturers, HTC’s widgets is more integrated with Android and provides for a seamless skinned experience.

If Apple were to bring widgets to iOS in iOS 5, I can imagine it being a very tight integration with the OS. How Apple will manage the widgets is another story. On Android phones, there are home screens, which are different from the app drawer–akin to the Programs menu on Windows machines–so users first see widgets, shortcuts, and folders when they turn on their device. If they want to retrieve a less frequently used apps, they can then open up the app drawer. On Windows Phone 7, there are essentially two screens–the Live Tiles, which is part of the Metro UI, that provides for a widget-like experience that constantly updates itself, and also the programs menu.

Apple could potentially create the same dichotomous screen experiences like Android and Windows Phone 7, or potentially scatter and integrate widgets with apps like it currently does on its pages of apps. Another room for widgets would be where the lock screen is as there is ample space there that is unused. Various third-party programs–available via jailbreak–have ‘hacked’ themselves onto this free real estate on the lock screen to provide calendar notifications, unread email messages, and weather information, for example.

3. Voice
The next area in natural user experiences that is becoming hot, but hasn’t quite been successfully addressed is voice. As states and countries begin to tackle and ban driving and talking and texting, voice will become a natural extension of how users use their phones, and Apple may be looking to be an early leader in this field, though we’ve seen various attempts by other companies. In iOS 4, for now, what we have are basic voice commands. Hopefully, Apple will make voice integration more robust to keep pace with other platforms, but also deliver added value.

For example, on Android, users can use voice to search, compose messages, and dictate. Microsoft, in its latest Mango update announcement for Windows Phone 7, also announced more enhanced voice  support for that platform.

Most recently, Apple has been rumored to be in some sort of partnership with Nuance to deliver enhanced voice support.

4. OTA Updates
While Apple has been one of the earliest manufacturers to provide robust software updates and support for older devices with each successive generation of iOS software release, it has not made the process as easy as what most modern OSes promise. Users of current iOS devices have had to plug in their devices to iTunes on a PC to download the software updates, which are in excess of 500 MB per update, to update their devices.  With iOS 5, Apple may be turning to the cloud to deliver updates, much like what users on Android are experiencing today. This way, users don’t have to be tethered to a computer and can update their phones and tablets on the go.

In order to do this, Apple probably must have made changes to the iOS system. As it stands currently, when users download the iOS update with iOS 4.x, they download the entire OS, hence the large file sizes. With iOS 5 to be able to deliver updates OTA, Apple would need to just send the updated files, not the entire iOS operating system, over the air, and the company would have to make changes so that iOS on the phone can patch itself with the files being sent over the air.

Conclusion
While these iOS 5 new features are speculated for an early June announcement at WWDC, don’t expect a shipping iPhone release with them this summer. Apple is speculated to be releasing its hardware refresh this fall with the iPhone 4S.