I can’t lie and say that I wasn’t excited for Nintendo and Niantic’s Pokémon GO release. Since its announcement last year, it’s been the only mobile game that I’ve ever been excited for.

Pokémon GO is a mobile game for users that don’t own a Nintendo 3DS or don’t plan on carrying their Nintendo 3DS everywhere they go. Last year, Nintendo made a big point of highlighting how it’d stop ignoring the lucrative smartphone gaming market. Using sensors and your data connection, Pokémon GO encourages you to explore the world around you to capture new creatures. It also takes advantage of the things that make Pokémon GO unique within the franchise. Augmented reality allows the creatures to appear as if they’re in the same room as you. The game’s real-world map forces you to get out of your living room and roam your neighborhood to get the most out of it.

It’s been roughly two days since the Pokémon GO release. I’ve spent a fair amount of time in the game since launch. That is, when I wasn’t trying to hunt down a Pokémon GO Plus pre-order. I’ve added new creatures to my collection and learned a great deal about how the game’s mechanics work. Comparing the game we have now to what we might have thought we were getting, there’s definitely some reasons to try Pokémon GO. There are also some good reasons to stay away from it – especially in the near term.

At the game’s heart are the same mechanics that govern the main Pokémon games. Only through capturing creatures and exploring your world can you fill out your Pokedex and assist Professor Willow with his scientific endeavors.

In that respect, Pokémon GO is solid. You’re always anxious to see what creature will surface in the game next. You’re always looking to bag a Bulbasaur that has higher CP than the one that you already have. What’s improved in this game is the act of actually throwing the ball. You don’t just throw a ball, you need to fling your Poke Ball just right. It’s a mini-game on its own right that never gets old. You’re nervous as you gesture, trying to capture that prized Pokémon that’ll help you defend your team’s Gyms.

Reason to Play Pokémon GO: The Battles Are Different

Battles are different from other games in the series too. If you were tired of the turned-based stuff, Pokémon GO does have that going for it. 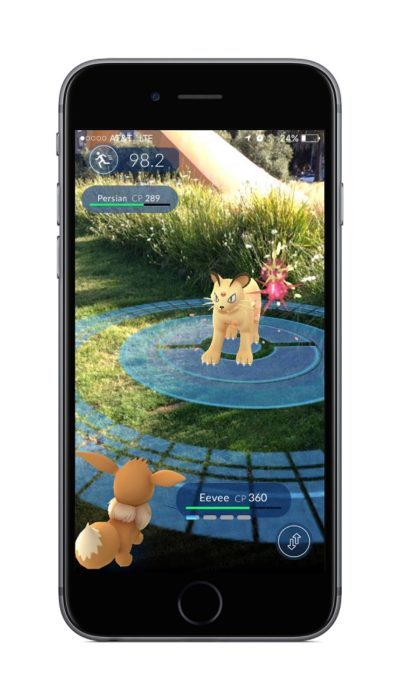 You head to your local Gym after you’ve reached level 5. All the game’s combat happens at Gyms. The two competing creatures start throwing out attacks, with CP level governing which is the most effective. Rather than have the creatures stay stationary, Niantic opted to make things interesting by letting players swipe to avoid incoming attacks. With this swipe system, your creation actually stands a chance of dodging an attack.

I’d appreciate the new battle system more if you could experience it away from a Gym. Other people might as well.

I’m definitely not happy about the Pokémon GO problems that have cropped up since the game launched. Some of them seem like engineering failures. Others are just really hard to figure out. Pokémon GO server issues fit into the former category. 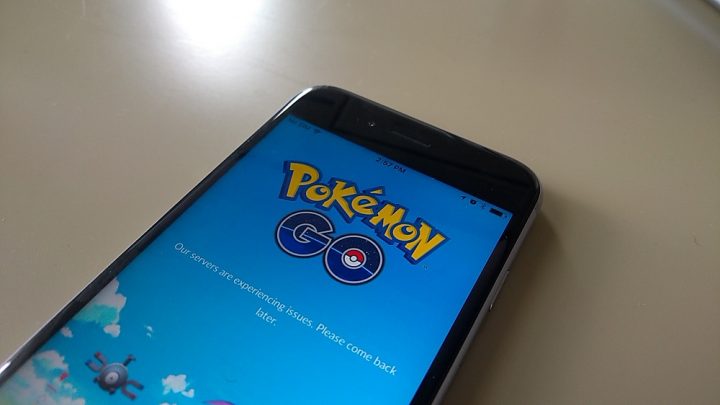 The game is only available in three countries right now. That hasn’t stopped servers from basically breaking down for hours at a time. Mornings in Eastern Standard Time are fine; I played as much as I wanted to this morning. By 9AM on the West Coast, the game stopped letting me in. Reports indicate that other users are noticing the same problem. I can’t imagine how this is going to worsen as more countries get the game. Hopefully, it won’t arrive anywhere else until Niantic has managed to address this.

Pokémon GO forces players to either sign up for a Pokémon Trainer’s Club account or a Google Account. The Google Account option is there because Niantic was founded as a project within the company. The studio knows the ins and outs of Google’s offerings.

At least on iPhone, you’ll want to chose the Trainer’s Club account instead of Google Account. Closing the app from the iPhone’s task manager forces you all the way back to the login screen. As such, you have to input your Google information again, every time.

The game offers a rather unique take on Gyms.

Gyms are still places that you go to compete and find out if you’re advancing in your career as a Trainer. Where they differ here is that the game’s three teams control the different Gyms. Leveling up involves going to those Gyms and defeating the creatures that team’s Trainers have left behind.

The mechanic helps drive the idea that you’re immersed in the world of Pokémon and are part of a community of gamers out there. It’s a feeling you don’t get with the other mobile Pokémon games and their focus on a single Trainer’s journey.

We’re only a few days in, but already I’m impressed by the community that’s taken up Pokémon GO. Reportedly, Trainers are leaving behind physical Pokémon cards at their local PokeStops and Gyms. It is kind of as a wink to the series’ origins. A band of Trainers known as The Silph Road have documented the entire Pokémon GO experience since beta. Players can go there to hang out with other Trainers or use the organization’s chat app to talk with fellow Trainers in real-time. 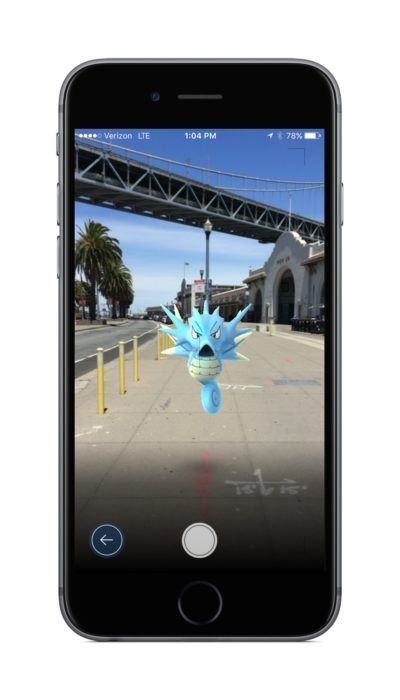 Reason to Not Play Pokémon GO: It Uses Data

Pokémon GO is an online only game, just like most other mobile titles are. It uses Wi-Fi when possible, but the whole point of the game is to get out and explore. That means leaving your internet connection behind and switching to data. Reports indicate that Pokémon GO consumes a lot of data.

If you’re someone that’s on a limited data plan, definitely keep an eye on how much data you are using from your carrier’s iPhone or Android app. If your plan includes a low amount of data, you can forget about enjoying Pokémon GO.

Don’t let my experience discourage you. If it’s available in your region, play Pokémon GO. Despite the early issues, I happen to like the game a lot. I suspect that a lot of Android and iPhone owners will too. Niantic and Nintendo just need to iterate on the game quickly to keep it alive. I think they will.