If you’ve recently picked up a 4K TV or device, you’re probably wondering, what can I watch in 4K? We’ve put together a guide on where to find all the 4K TV content you’re looking for.

It seems pretty clear: 4K is the new standard being pushed by everyone from tablet makers to the entertainment industry – but where are the 4K TV and movies? You might be surprised to discover that there simply isn’t much 4K content yet, at least not compared to the wealth of “regular” 1080p HD content. 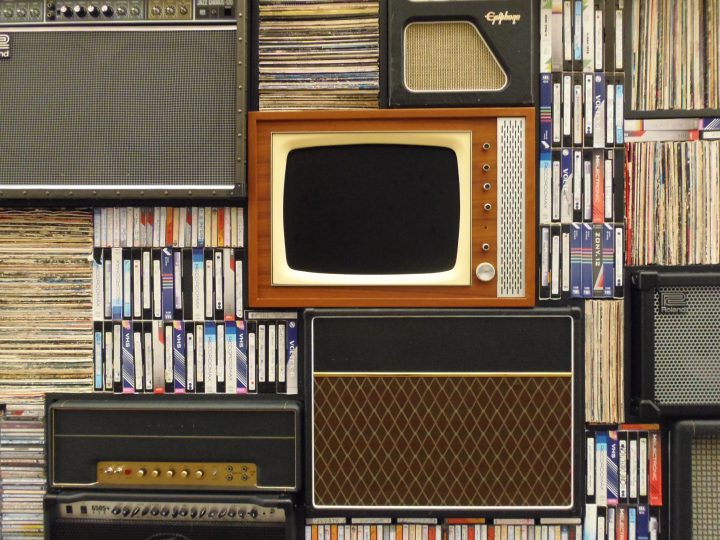 This is probably not a 4K television.

When HD first began to gain traction, many people complained about having to re-buy movies they already owned on VHS or DVD, just to see them in HD. Will the same thing happen this time around? Sort of. Originally, all movies, and many TV shows were shot on film. Usually 35mm, sometimes 70mm. Anything recorded on film can have its film stock scanned and cleaned up, and re-released in HD or UHD.

Some movies or TV shows have been filmed on taps or more recently, digitally – and you won’t ever be able to re-release at a higher resolution. That means that at some point you’ll be able to see Lawrence of Arabia in 4K or even 8K, but something like Star Wars Episode II: Attack of the Clones will forever remain as 1080p only. Relatedly, some movies may have been filmed at higher than 1080p resolution, but all of their special effects are capped 2K or below – these movies might get a re-release, but it won’t be the same as video that’s had everything processed at a 4K or higher resolution.

What’s the difference between Full HD and Ultra HD?

Each time a new standard resolution gets created for televisions, it generally gets its own special name. Older, pre-HD plasmas and LCD TVs were often EDTV, which wasn’t quite high definition – it was only 854 x 480 resolution, or widescreen 480p. Then came the first HD standard, which was 1280 x 720 pixels, or more commonly called 720p. Anything that was equal to or greater than this resolution can be called HD.

An example still from Lawrence of Arabia. Scanned in at 8K in 2012, this frame has been downsampled to 1080p – but you can still see the quality.

If there’s not much in the way of 4K content, then why should you be buying a 4K television? With one notable exception (the 1080p OLED displays from LG), the majority of 4K televisions from major brands will also be the best 1080p TVs you can buy.

That’s simply because the television manufacturers look at 4K as a premium spec, so all 4K TVs they produce will usually include other higher-end features, offer better contrast, better backlighting, etc. Even if you don’t care at all about 4K, but you’re in the market for a new TV, chances are pretty good that you’ll end up a 4K set if you’re looking for the best quality for your dollar (again, that notable exception about OLED aside). 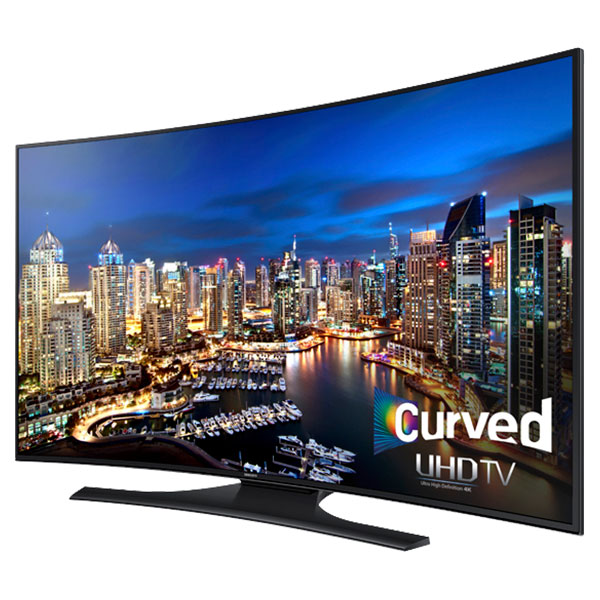 If you don’t already own a 4K TV, you’re probably wondering which one you should buy. Here are a couple of tips to keep in mind:

There are three main sources of 4K content you can get your hands on, with a few exceptions: Ultra HD (UHD) Blu-rays, 4K streaming video from services like Netflix and Amazon, and the new wealth of 4K video recorded on new high-end phones like the iPhone 6s and Samsung Galaxy S7.

Some cable and satellite companies are offering very limited access to 4K content, mostly in the form of some on-demand movies and TV shows. There is hope for more, however, as Canadian cable giant Rogers plans to broadcast hockey in 4K this year, and Japan is prepping to broadcast the 2020 Tokyo Olympics in 8K, which is four times the resolution of 4K (every frame would be like the image from a 33MP camera).

If you’re going to stream 4K from just about any provider, you’re going to want to make sure you have a fast internet connection. In order to smoothly stream 4K content from the internet to your living room, it’s generally recommended that your internet speed be at least 20 – 25Mbps. This might be the new baseline for broadband as classified by the FCC, but it still leaves a lot of households unable to access 4K content online.

Something to keep in mind: many of these services, with the notable exception of YouTube, only allow access to their high-res streams on certain devices; if you’re using a computer hooked up to your TV to stream 4K, you might be out of luck. Generally, the apps that come preinstalled on your 4K smart TV are compatible, which makes things easy. Otherwise, you’ll need to buy a 4K-capable smart TV box, like the Amazon Fire TV, NVIDIA Shield, or a Roku 4 or better.

Sorry, Apple TV users: you’re out of luck for now, though Apple is likely to add 4K to an upcoming Apple TV refresh.

Netflix has shown off its Ultra HD content for the last several years at CES, and it looks great. While streaming services can’t come close to offering the same quality of 4K content that you might be able to watch on a fancy new 4K Blu-ray, Netflix and the like will still look wonderful – especially if you like to sit closer to your 4K TV.

Netflix has started to offer some of its most well-known titles in the high-res format, like the new seasons of House of Cards and Jessica Jones, in addition to other well-liked television shows like Breaking Bad and The Blacklist.  The service’s 4K content list also includes a number of movies, including Groundhog Day, The Da Vinci Code, and several simply titled nature documentaries.

One thing to note about the Netflix 4K content: you need to pay more to access it. Netflix raised its prices last year, and if you weren’t already streaming 4K content, the company put it behind a more expensive, $12.99/month tier (you can upgrade to it in your settings page).

Amazon is a little bit more complicated, because they have two entirely distinct sets of 4K content available. Like Netflix, they have a section of movies and TV shows that you get to stream for “free” as part of your yearly Amazon Prime subscription. These include Amazon original projects, like Mozart in the Jungle and Transparent, as well as other shows such as Orphan Black and a couple dozen movies.

Unlike Netflix, however, Amazon also sells and rents movies, as opposed to offering an unlimited streaming subscription. There’s a lot of content available here in 4K, as long as you’re willing to pay for it (an HD copy of a new movie can cost more than the Blu-ray of the same movie from Amazon).

Surprisingly, or maybe not so surprisingly, YouTube has come out as a great place to find some 4K content. For the most part, you’re not likely to find much in the way of television or movie content, unlike the other two streaming services. What you can find, however, are documentaries, stunning timelapse movies, tons of short clips, and all sorts of 4K video uploaded by everyday users.

It can be difficult to find good 4K content unless you search and someone has happened to put ‘4K’ somewhere in the title. Fortunately, someone has gone and put together a list of 180 videos on YouTube that are all available in 4K. You might need to click on the little gear in the corner and manually change the resolution, as it doesn’t always stream in 4K by default.

Another streaming video provider, Vimeo, also offers the ability to stream in 4K resolution (and higher). Vimeo is known for concentrating on the quality of streaming video over quantity. If you’re looking for a place to store 4K video you or your friends take on your smartphone, it might look better uploaded (and streamed to your TV from) Vimeo, rather than YouTube.

There’s some good news and bad news, when it comes to 4K on Blu-ray. The good news: movies and TV at home have literally never looked and sounded this good. The bad news: you’re going to need to buy a new Blu-ray player to play them, and it isn’t going to be cheap.

Remember how, when Blu-ray first started out, all the players were more than $300? The same thing will be happening with UHD Blu-ray, as well. Fortunately, those players will play just about any CD, DVD, or Blu-ray you already own in addition to any 4K Blu-ray discs you might acquire.

In addition to future movies being released in the Ultra HD format, studios will jump at the chance to re-release pre-existing films, in a smart attempt to cash-in on the trend (we mentioned Lawrence of Arabia earlier).

While future Ultra HD Blu-ray players will upscale any content that isn’t 4K to make it look nice on your television (upscaling is when a computer or player converts, say, a DVD, to make it look nice on a 4K screen even though it isn’t anywhere near 4K resolution), be careful when picking out your new player. Some companies are trying to take advantage of new 4K TV owners by putting out Blu-ray players that upscale to 4K. That’s nice, but that’s all they do – you won’t be able to play any actual 4K content from them, just upscale content you already own.

There are a few other oddball sources that offer 4K video content; Samsung offers an add-on box for some of their televisions that works with third party content providers, and Sony has an expensive $600 video player that streams rentals or purchases from Sony’s vast library – but 4K selection is limited and it has no free content.

This is all to say that finding 4K content, even now, can be an exercise in frustration. 2016, however, will see the launch and rollout of new Ultra HD Blu-ray discs, new players, new TVs packed with all kinds of new tech (4K, HDR, OLED, UHD, Dolby Atmos, the list goes on) and a ridiculous amount of content to go along with them.

You shouldn’t go out and upgrade to a 4K TV with the intent of seeing all of this gorgeous new detail you’ve never before experienced, as there still isn’t all that much to watch. If you need to buy a new TV now, then you should buy a nice 4K set and enjoy what content there is. If you can wait until this fall, however, you’ll likely be able to get the same or better television for even cheaper, and you’ll be right on time to ride the new wave of 4K content.