The HTC One M8 took the successes of an already great phone, in the form of the original HTC One, and tweaked it a little to make it even better. The new dual camera, almost all metal construction and the longer battery life made it worth upgrading less than a year after I got the first HTC One last fall. After picking up the phone the week it launched at AT&T, I needed some HTC One M8 accessories to enhance the already great experience. Here’s the gadgets and tools I bought for my HTC One M8.

A Durable HTC One M8 Case

The HTC One feels pretty durable even without a case, but most users need to protect their phone with a durable case. High-end smartphones need some protection from normal wear and tear, even with the awesome HTC Advantage program which replaces even broken screens.

Users can go with the HTC One M8 Dot View Case, but instead I got the Speck CandyShell Cases for HTC One (M8). It costs $34.95 and does a great job of protecting the phone while not getting in the way. The M8 and case together feel a bit thick, but that’s a good thing for people who drop their phones a lot. This case already protected my phone from a few drops thanks to the dual layer of shock absorption. 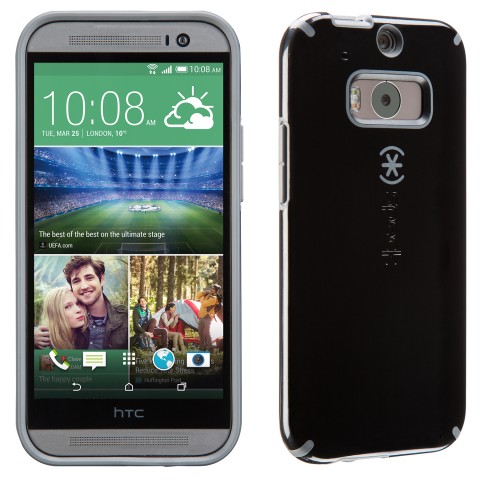 I chose the Black/Slate version. They offer other two-tone combinations like White/Black, Beaming Orchid Purple/Revolution Purple and Haze Purple/Grape Purple. The case comes with a glossy finish that’s comfortable in the hand. 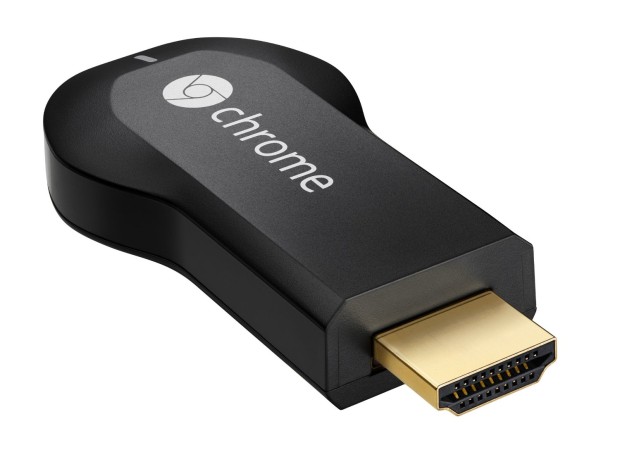 At launch only a few apps supported the feature, but now there’s a pretty sizeable list in the Android Google Play Store. Here’s some key apps that work with Chromecast.

Most of these will stream video or music to the Chromecast. The AllCast app streams content from the HTC One M8 or other Android phones.

The HTC One M8 battery lasts longer than the previous model, but that doesn’t mean it will always get the user through a full day of heavy use. That’s why an external battery can help. HTC didn’t design the phone with a user replaceable battery, so a case or one of these small batteries helps solve the power problem.

The battery includes one USB port capable of pumping 5 volts of 2.1 amps on the USB charging port. It outputs enough juice to power a hungry smartphone, like the HTC One M8, or even a large tablet. It charged the phone 1.5 times without a problem and still held enough juice to light the LED flashlight built into the battery. Pull it out to find the right key to the house at night or to find that errant cable behind a computer or in the back of the entertainment center.

The HTC One M8 added a micro-SD card slot this time around, correcting a big weakness with the previous version of the phone. This one feature alone made it a great upgrade over the first One. So find a good fast card. 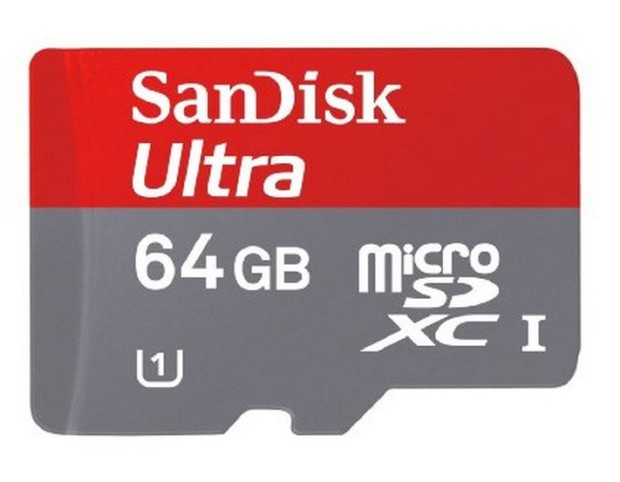 The phone’s slot supports up to 128GB. That’s great, but that much memory also costs over $100 and it’s a bit hard to find one now. Amazon sold out of the SanDisk 128GB card. Sears online sells an off-brand card for about $50. Instead, I got the lower capacity 64GB SanDisk Ultra class 10 card which works great and costs less than $40 on Amazon.

No matter which card you get, install it by using a SIM card tool or a stiff thin paper clip. Push into the hole on the right edge of the phone just above the volume buttons near the top. Pop the card into the tray. It only fits one way. Slide the tray with the card back into the side of the phone.

Most cards will work on the phone out of the box, but if the phone can’t read it, then format the card. This will erase the contents. To do this open Settings by sliding down from the top of the screen. Tap the icon in the upper right corner. Tap on Settings, the top right icon in the grid of icons that shows on-screen. Slide down to Storage in the Phone section. If the phone can read the card, this screen will show stats like total size and used space. To format the card slide down to Format SD card and tap it. The phone will warn the user that this erases the card. Tap on ERASE SD CARD at the bottom of the screen.

Now test the app. If it runs fine, move on to other apps, repeating the process for each app that you want to move.

The ZAGG InvisibleShield Glass Screen Protector $(34.99) does a great job of protecting the HTC One M8 screen. It went on easily and then disappeared. It’s only noticeable when I put it in my pocket with my keys, because I’m not worried the keys will scratch the screen. Before I even got my phone home, I applied this screen protector. Every phone I’ve used in the last three years has had a glass screen protector.