Apple launched the iPhone 5s last month to much fanfare. The overall design of the phone stayed the same compared to the iPhone 5 (as expected), but the iPhone 5s received a wealth of internal hardware updates, including an all-new processor, along with what Apple calls the M7 motion coprocessor that’s aimed to provide more accurate fitness tracking results.

So far, there are only a few apps that are taking advantage of the new processor, and surprisingly, many of them are ones that you’ve probably never heard of before. While we should expect the bigger apps to update with M7 support in the near future (RunKeeper, MyFitnessPal, etc.), here are five apps that come with M7 support to take advantage of improved fitness tracking. 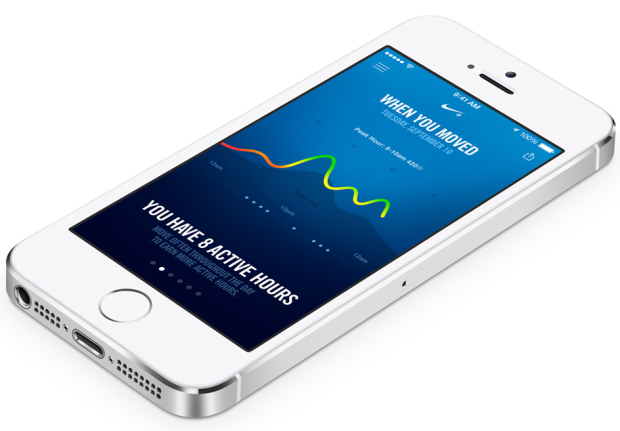 WeatherRun puts a different take on fitness tracking. On top of tracking your distance and time during runs, it also notes what the weather conditions were like outside in order to tell you how you perform in different weather conditions. It tracks the altitude, humidity, and obviously the temperature while you run. You can then view this information alongside the traditional data that most apps provide. WeatherRun costs $1.99 and is available in the iTunes App Store. 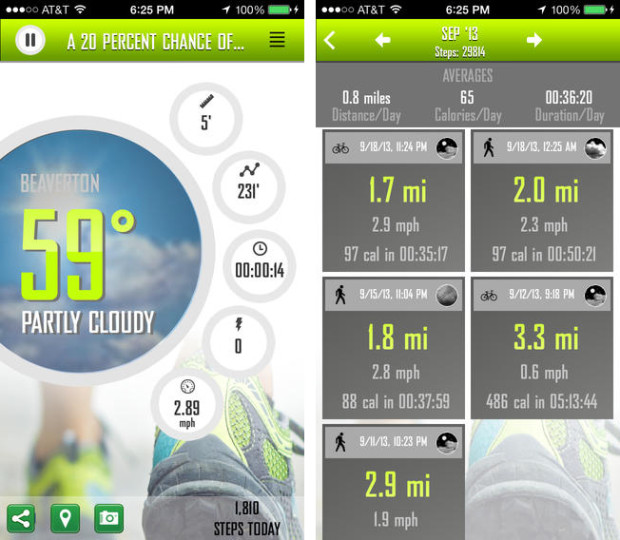 ARGUS is a bit more than a fitness tracker; it also tracks your daily activities, food consumption, sleep patterns, water intake and more. It’s an app that’s been around the block more than once, but it’s now updated with support for the iPhone 5s’s M7 chip. It’s certainly not your typical fitness tracking app as far as the user interface goes, but as with any app, you’ll easily get used to the look and feel the more you use it. ARGUS is $1.99 in the App Store. 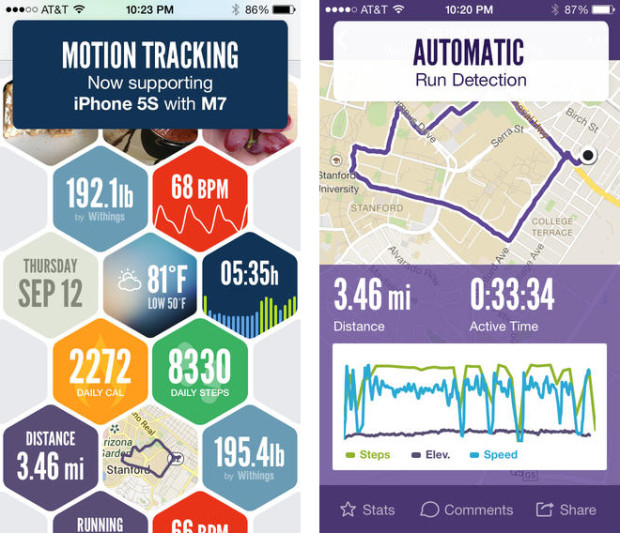 Strava Run was one of the very first apps to get support for the M7 chip, and it’s a social fitness tracking app that lets you compete with friends and try to get to the top of the leaderboards. On top of the normal fitness-tracking goodies, Strava Run offers a game-like component in order to keep you motivated. The app even offers monthly challenges to make sure you’re staying on top of your exercise when you start getting demotivated. Strava Run is a free app, but it also offers a premium subscription that opens up more stat tracking for heart rate analysis, pace zone analysis, and much more. 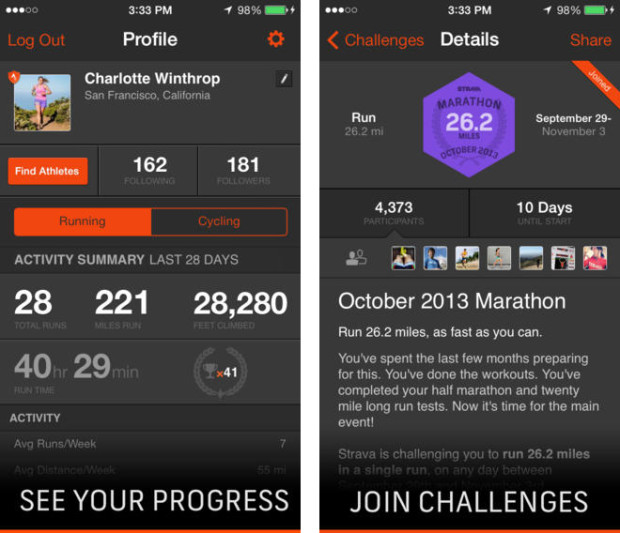 Pedometer++ is probably the most basic app that takes advantage of the M7 chip. All it does is act as a simple pedometer that shows your daily and weekly step counts. You can even have it show your daily step count as a badge icon so that you can view the stats right on the home screen without even opening up the app. It probably won’t be useful for those that sit at a desk all day, but for those with a job that require a lot of walking, this app can give you neat insight as far as how many steps you’re taking per day. 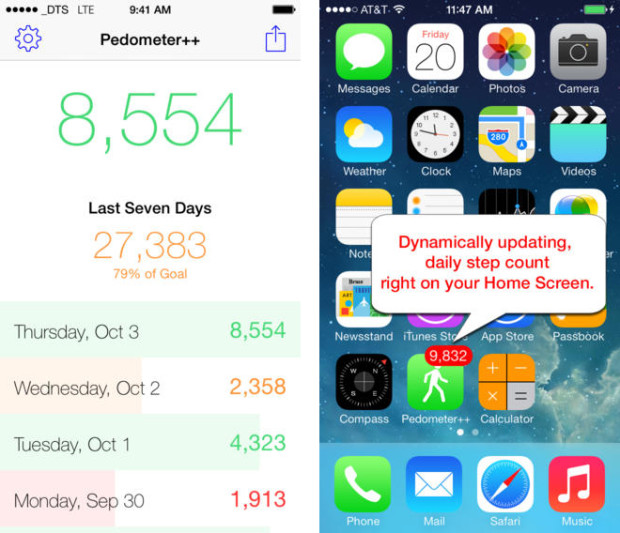 Nike+ has been a part of Apple’s ecosystem for years, even during the days when iPods were king. Things have changed a bit since then, but Nike+ is still rolling strong and integrated seamlessly into iOS. As expected, Nike is launching Nike+ Move that will come with support for the iPhone 5s’s M7 chip on November 6. The app will measure when, where and how you move, and it will use NikeFuel to motivate you to earn more points. The app also has a social component as well, letting you compare your activity with friends and other Nike+ Move users. 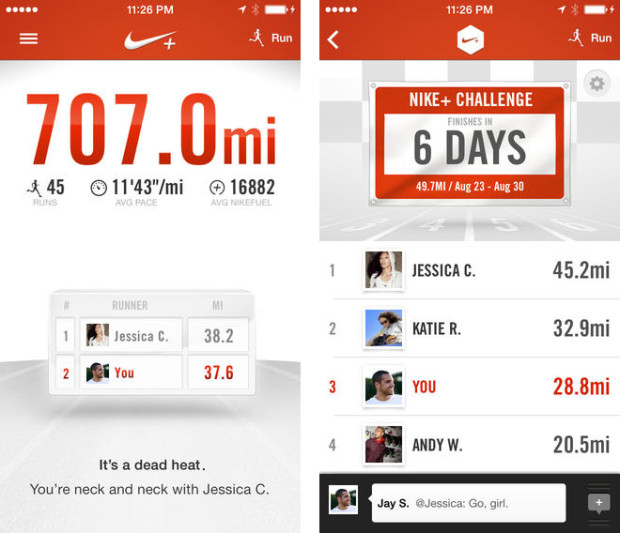