On Wednesday March 7th Apple will announce the new iPad. Whether it is the iPad 3 or the iPad HD, we expect to hear about at least one new iPad 3 accessory before Tm Cook leaves the stage.

In 2011, Apple announced the Smart Cover, a magnetic case for the iPad 2, which proved popular thanks to the easy on and off design and ability to put your iPad in movie watching or typing mode in seconds.

(Read: iPad 3 Release Date: What to Expect from Apple)

We know half of these iPad 3 accessories don’t have a chance at being an official Apple iPad accessory, but we can dream can’t we?

The iPad is becoming the go to computer for many users. Users who want to use it in place of a laptop while at the coffeeshop or on vacation. The on screen keyboard isn’t great for long typing sessions, which has led to a rise in the number of iPad keyboard cases.

These keyboard cases protect your iPad and offer a bluetooth keyboard for faster typing. Zagg makes one of the best bluetooth iPad keyboard cases, but we’d love to see Apple take on this case with the iPad 3. 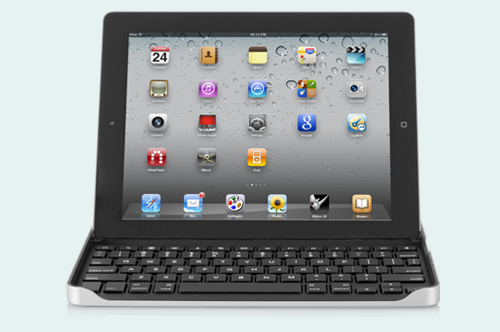 Read: Can an iPad Replace a Laptop?

Many of the iPad keyboard cases can’t compete with the Apple Bluetooth keyboard, which has excellent keys.We want to see Apple place a similar style keyboard inside a slim Apple case that snaps to the iPad 3 with the same magnets that support the smart cover.

Apple will have to shrink the keyboard to keep it to the same landscape width as the iPad 3, but there are many keys that Apple could push to a secondary function in order to make this happen.

We really want Apple to step up to the plate with a pen for the iPad 3. Sumocat shares the following description of this brand new iPad accessory, which Tablet PC inkers will appreciate.

Following their trend with Mac accessories, this pen will be called the Magic Wand. It will feature a ballpoint tip that emits an electrical charge when pressed to the screen to stimulate the capacitive sensors and disable other touch input while it is in use (palm rejection). Paired using Bluetooth 4.0, it will transmit gyroscope (tilt) and pressure data to the iPad and can also be used as a microphone for Siri, activated by squeezing the wand.

This might sound far fetched, but just this week Ten One Design announced a prototype that fits Sumocat’s description of a pen that addresses the shortcomings of the iPad styluses released so far. Check out the smart iPad pen, that could just as easily be announced by Apple on the March 7th with the iPad HD or iPad 3, in the video below.

We love this idea, and the only thing that could make it better was official Apple support so that every note app could use it.

Smart Cover For Your Entire iPad

The Apple Smart Cover attaches to the iPad 2 with magnets, protecting the front of the iPad, but leaving the rear open to scratches and dings. Third party cases are available, but we’d love to see a new Smart Cover from Apple that includes rear protection. We expect that it would look like the Incase Magazine Jacket case, shown below. 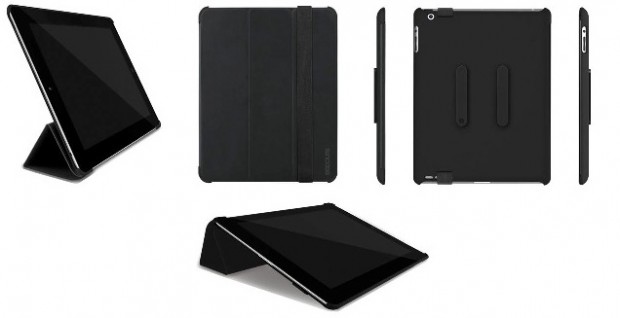 Apple could launch a new Smart Cover similar to this case from Incase.

As luck would have it, Apple is reportedly working on a new Smart Cover for the iPad 3, or iPad HD, which includes a, “rear shell made from fiberglass covered with PU/bicast leather,” according to iLounge.

Such a case would not be revolutionary, but it would include support for magnets, and with the official Apple seal of approval we could count on a perfect fit and iPad 3 release date availability.

We are just now hearing rumors of inductive charging for the iPhone 5, but we would love to hear Tim Cook take the stage on March 7th, and after announcing the iPad 3 tell us, “And to charge it, you just set it on this mat.” 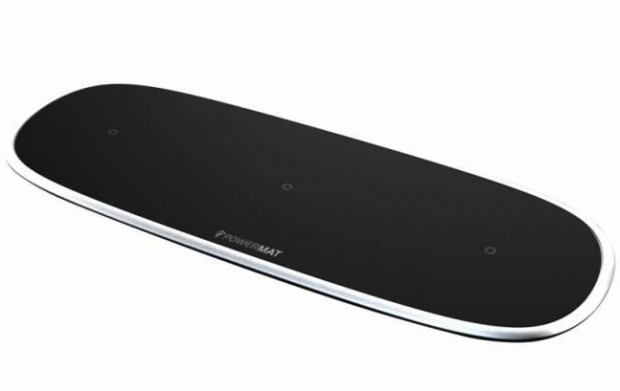 A mat like this could wirelessly charge your iPad 3 or iPad HD.

You might also be familiar with Powermat, which uses a different wireless charging method. Powermat has been working on wireless laptop charging, which is more power demanding than phones. Perhaps Powermat will join Apple on stage to announce a Powermat Wireless iPad 3 charger, that looks similar to the one shown above.

All in One Dongle for USB, SD Cards, HDMI & Micro USB

We know that Apple isn’t going to add ports to the iPad, and most users are fine with that. But, if like many of us, you find yourself importing photos, connecting cameras via USB or using an HDMI cable to mirror to a projector, you probably have a bag full of iPad dongles.

Apple. Give us a single iPad adapter. Please.

With the introduction of apps like Photoshop Touch and the potential for more apps that take advantage of photos on the way with the better camera and Retina Display, it would be great if Apple offered an all in one adapter.

I wouldn’t hold my breath on this, especially with the renewed focus on iCloud and the Apple TV, but users still want to pull photos from DSLRs and SD cards to the iPad 3, and not every conference room or hotel has an Apple TV in it.

While we’re at it. Apple offers a Micro USB to dock connector adapter in Europe, which we may as well include here for easy charging with any friend’s phone charging cable.

What accessory would you love to see Apple announce alongside the iPad 3 or iPad HD on March 7th?