Right now is a terrible time to buy a new AT&T phone. If you can hold out for a few weeks until March, we advise you to do so. That said, we understand that a lot of people do not have that luxury. With those people in mind, we’ve put together a list of the best AT&T phones money can buy in the month of February, 2015.

It’s a horrible time to be a smartphone shopper. While there is a solid crop of AT&T phones on sale right now, we’re just a few weeks away from two of the biggest smartphone launches of the year. The Samsung Galaxy S6 and HTC One M9 are both expected to arrive on March 1st at Mobile World Congress in Barcelona, Spain. Those of you that can wait for those launches should wait for those launches. These are expected to be two of the top smartphones of the year.

We realize that everyone’s situation is a little different and some of you won’t be able to wait three weeks for these new Android smartphones to arrive. You need a smartphone during the month of February and perhaps, you need one right now. We haven’t seen anything major released at the start of the year but there are still some excellent AT&T phones out on shelves. 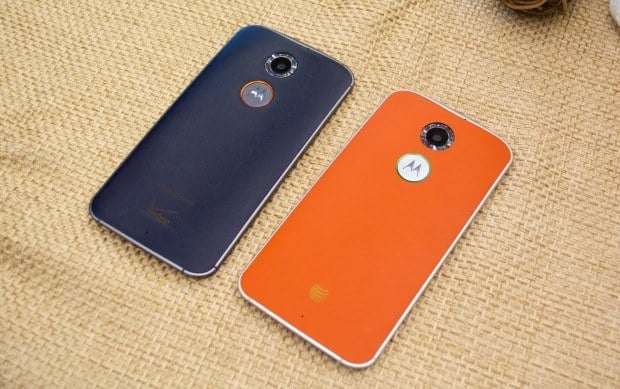 We are constantly bombarded with questions about the best AT&T phones money can buy. There are a number of different devices that we could recommend, the smartphone market is full of solid choices, but we want to narrow things down a bit and take a look at what we consider to be the top five AT&T phones available right now.

With that in mind, here are the five best AT&T phones for February, 2015.