These five games all came out in the past month, and represent some of the best games available on the platform at the moment. They range from new takes on classic smartphone games to simple games designed for touch, successors to popular iPhone games and even a port from the Xbox 360.

It’s a bit of an eclectic group, which helps show just how much diversity there is in Apple’s iOS App Store.

Fish Out of Water

The followup to Jetpack Joyride, Fish Out of Water is all about skipping fish across the surface of the sea. Players try to get their fish to skip as many times as possible on top of the water while traveling as far as they can.

The variety of fish make it difficult, however. Some fish travel very far with very few bounces while others can bounce a lot, but not go very far. This paired leaderboards to see who can get the best score from the team of five crab judges will make sure the game sticks around for a while.

Fish Out of Water is available now for iPhone and iPad for $0.99. 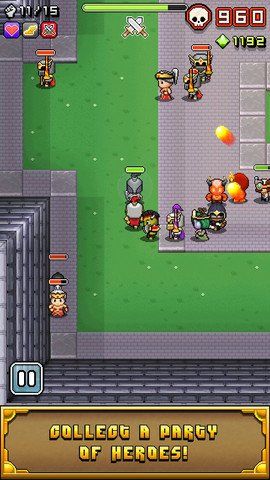 Nimble Quest, the latest game from the developer of Tiny Tower and Pocket Planes combines the classic game of snake with RPG tropes. Players choose a character from a set of fantasy classes including a knight, archer, mage and a skeleton among others that will start the snake and automatically attack enemies.

The game features a wide array of arenas where players can grow their snake of heroes, giving them new ways to destroy enemies. It’s a weird blend of game types, but it works well for Nimble Quest.

Nimble Quest is available for iPhone and iPad for $0.99. 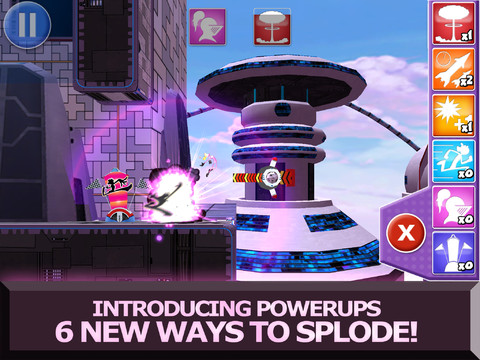 The sequel to Splosion Man, Ms. Splosion Man is a port of the fantastic Xbox 360 platformer from Microsoft. The twist in Ms. Splosion Man is that in order to get through puzzles the character has to explode herself (or ‘slode in the parlance of the game). Ms. Splosion Man can explode up to three times in a row, often bouncing off walls to get to new areas or exploding barrels to get extra height.

Controlling Ms. Splosion Man is sometime a bit frustrating, but it’s still just as fun on iOS as it was on the Xbox 360

Ms. Splosion Man is available for iPhone and iPad for $2.99. 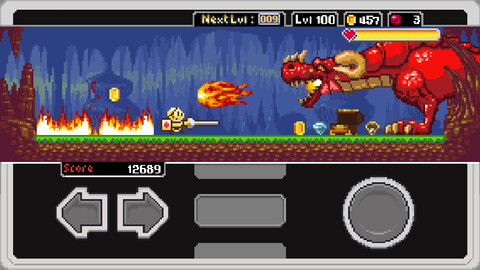 While the App Store has plenty of endless runners like Temple Run, Slaying is perhaps the first endless action RPG on the iPhone. The side-scrolling game lets players battle monster in a single screen until they die. The only controls the player get change the direction the character moves and a jump button.

To start the player can only play as a knight, but as the earn fame from killing monsters, completing challenges and buying it through in-app purchases they can unlock a mage and a knave. Each character plays differently, which adds some nice variety to the game.

Slaying is available for the iPhone and iPad for $0.99. 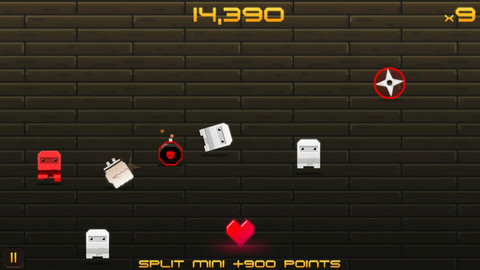 The concept behind Fist Face Fight: you control a disembodied fist that has to protect a heart at the bottom of the screen. The heart is under constant threat form waves of ninjas that want to destroy it, and the fist has to punch them so they can’t get to the heart.

It’s a simple game, but surprisingly difficult once multiple ninjas start appearing on the screen. Each level gets progressively harder as the fist earns new karate belts.

Fist Face Fight is free for both iPhone and iPad.