5 Driving Simulators to Try at the Detroit Auto Show

When you attend the 2016 Detroit Auto Show there are five driving simulators that you need to try on the show floor.

Car companies are using technology like Oculus Rift, Samsung Gear VR, an insane amount of speakers, huge lifts that put you over 10 feet in the air and a simulator that puts you in the driver seat of a new F-150 for an off-road adventure.

The North American International Auto Show, also known as NAIAS or the Detroit Auto Show, started earlier this month for press, and we had a chance to try some of these simulators to see what they can do.

While you check out 55 new vehicles, special editions and exciting concepts at the 2016 Detroit Auto Show you should build in time to try these cool technology demos out. If you have yet to experience Virtual Reality this is a cool chance to see it in action and use it in a real-world setting like a car.

Ford leads the pack with five different interactive demonstrations, but not all of them are driving simulators. If you want to experience the Detroit Auto Show interactively, you should be sure to check out this booth. Toyota stands out with Oculus Rift in a car and if you need an area of calm on the show floor the Volvo demonstration of in-car sound is simply stunning. 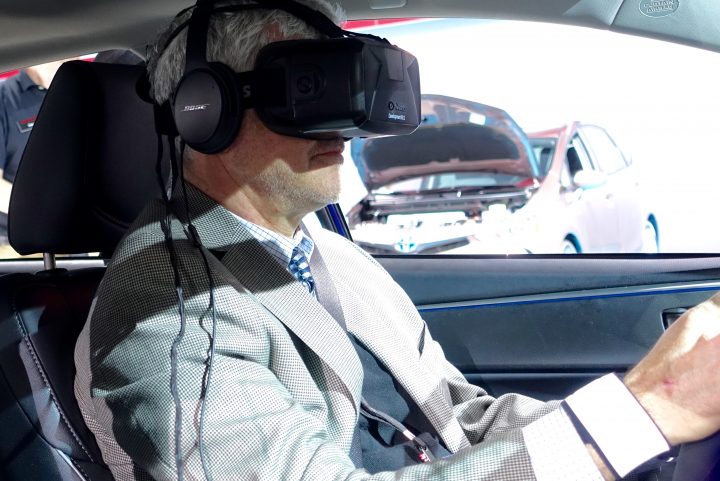 Strap on Oculus Rift and sensors to try out this distracted driving simulator at Toyota.

The Toyota TeenDrive 365 Distracted Driving Simulator uses Oculus Rift VR, like that which will arrive later this year for gaming, to deliver a hyper-realistic experience inside of a Toyota.

Once you strap the Oculus Rift on and place headphones over your ears to isolate yourself into a virtual reality world. You need to drive down the road while exterior distractions and interior distractions get in the way of a safe ride.

Virtual passengers attempt to show you picture messages and more as you see how many distractions teens face and can show teens what can happen in the blink of an eye. 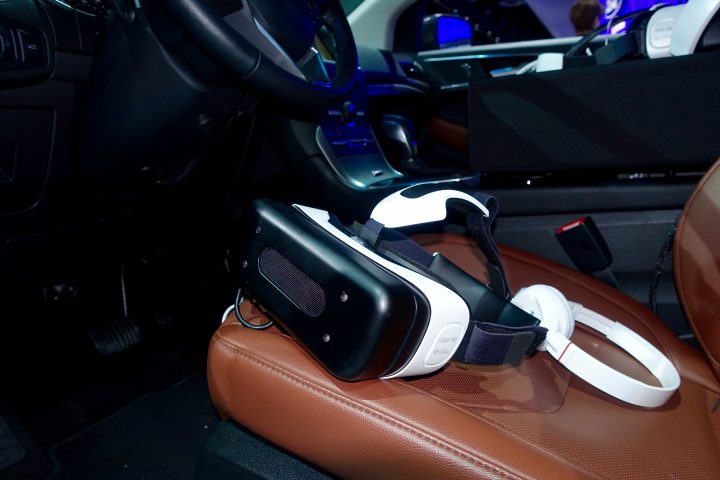 Use Samsung Gear VR to go on a virtual adventure at the Detroit Auto Show.

Stop by the Ford Edge on the front corner of the Ford booth at the Detroit Auto Show to jump into the Ford Edge Virtual Reality Experience. 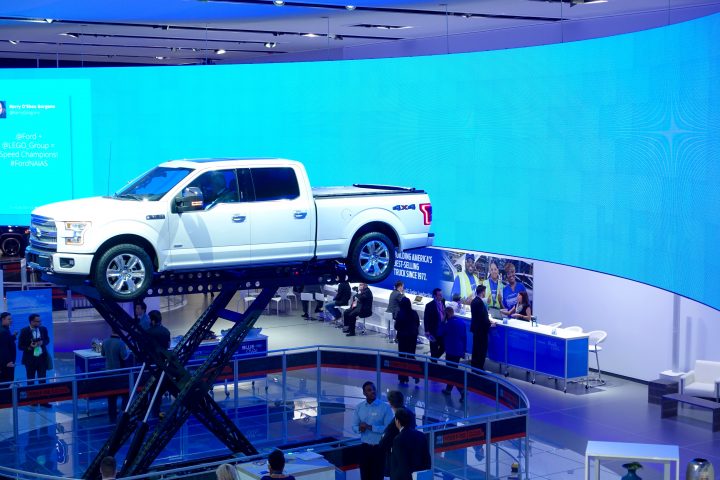 Get vertical and experience the new trailer assist on the F-150.

Line up to try out the Trailer Backup Assistant feature and play a game on a giant screen after the Ford F-150 rises into the air so you can experience the ease of driving a trailer using a dial instead of knowing which way and how much to turn the wheel. 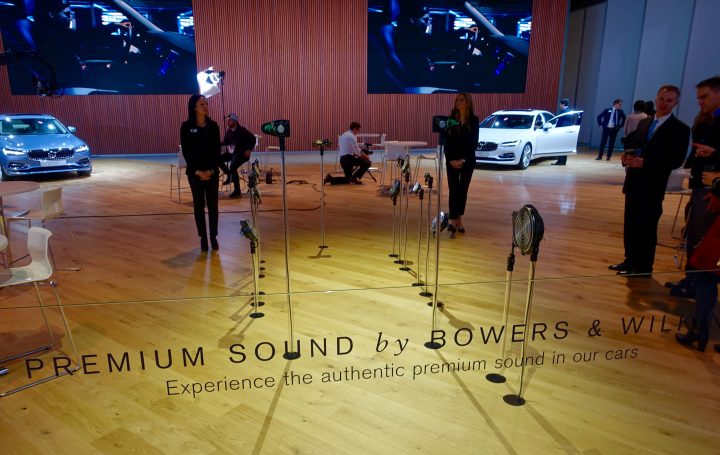 The Detroit Auto Show is a noisy and crowded place, but there is an oasis of calm in the Volvo booth.

At the front and center of the Volvo booth is a Bowers & Wilkins speaker demo that shows the power of the speaker system inside Volvo automobiles like the Volvo XC90.

Step in and listen to how the show floor drowns out with a calming waterfall of noise simulating what it sounds like inside the Volvo. 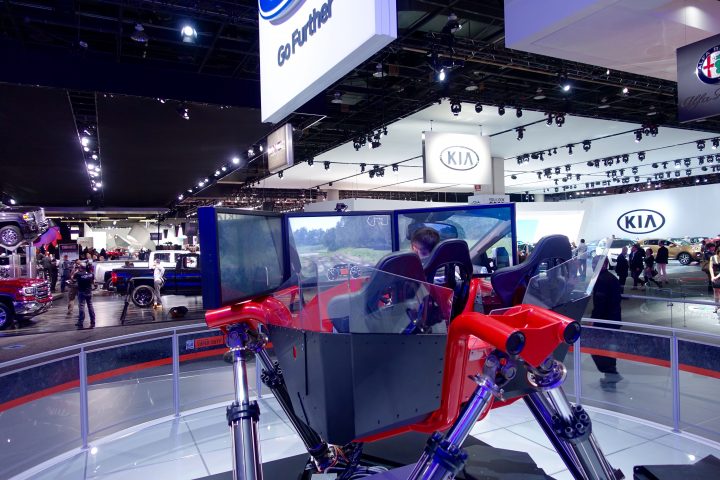 Take a F-150 off-road in this simulator.

Buckle up and drive a Ford F-150 through mud, water, sand, a track and up a giant hill as the giant machine you are in simulates the feel and the handling of a F-150 across a variety of surfaces.

Three monitors in front of you show you a simulated Ford testing facility. As you drive, the machine you sit in will vibrate and move to make you feel like you are really off-road.

This is a fun simulator and more realistic than you might expect. It is also possible to get the truck stuck in the mud, so be careful.