Listening to wireless music using the Bluetooth function on a phone or tablet makes enjoying audio more convenient than using speakers hooked up to th ephone using a stereo cable or docking system. That’s why we offered a comprehensive How To on using Bluetooth with iOS, Android and Windows Phone.

Now let’s look at some great accessories or speakers to enjoy listening to audio at home or in an office.

Please see the companion post about Bluetooth audio accessories for those on the go.

The best way to enjoy music at home is over a high-end stereo receiver. Users can hook up their phone via a stereo cable plugged into the receiver’s audio inputs or they can get a more convenient Bluetooth adapter. A few stereo receivers even come with Bluetooth built-in, but it’s likely that most music or home entertainment lovers already own a high-end system. Instead of recommending which stereo receiver to buy, let’s look at a nice adapter that hooks up a phone or tablet to a receiver already installed. 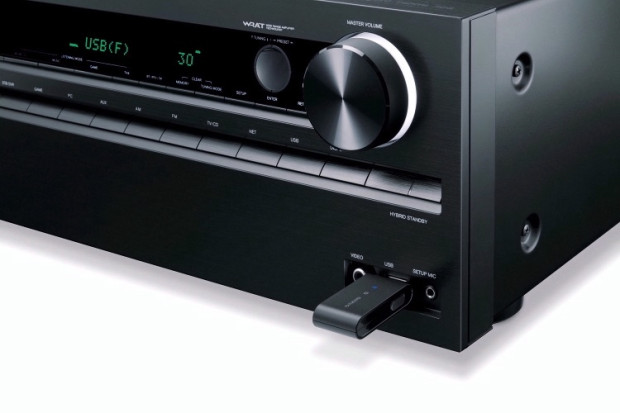 Plug the UBT-1 into any Onkyo Receiver with a USB port. This adds wireless capability to the receiver.

I own a decent priced Onkyo A/V Stereo Receiver that’s compatible with the company’s UBT-1 Bluetooth USB adapter ($50 on Amazon). Plug the adapter into the USB port on the front of the receiver, which adds Bluetooth automatically.

The receiver’s USB port can also play MP3 files on a flash drive, but most phone or tablet owners would rather use their device with the music downloaded or streamed via a streaming service like Google Play Music or Spotify.

Most people don’t own Onkyo stereo receivers, but many other manufacturers also make a proprietary adapter for their receiver systems. 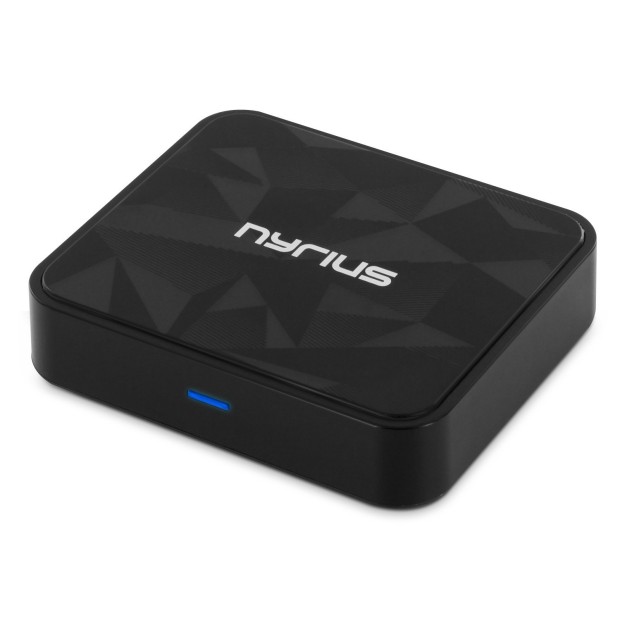 Plug a Bluetooth adapter like this one into one of the audio in ports on the Receiver for Bluetooth on a home stereo system.

Anyone can add Bluetooth to their stereo system using something like the Nyrius Songo Tap Bluetooth adapter ($60 from Amazon). The Songo Tap comes with a 3.5mm stereo cable and an RCA adapter that plugs into one of the audio jacks on the back of a stereo receiver. This adds Bluetooth to any Stereo Receiver.

The music will then play over the Songo Tap Bluetooth Adapter through the receiver’s great speakers. The adapter gives the users an quick and easy connection to their stereo system without needing wires.

The Braven 850 or 855s Bluetooth  speaker system that we recently reviewed sounds great and gives users rich sound from their phone over Bluetooth. Since the battery lasts for hours, users can take them to the park, the beach (the 855s is rugged and water resistant). They also double as a hands-free speakerphone.

Get two or one of each and connect them wirelessly for excellent full sounding stereo both inside or outdoors. These speakers don’t come cheap at $300 for the rugged 855s and $280 for the silver 850 system.

Put them on a desk at work or home, and when a phone call comes through the phone, tap the phone button on the top of the speaker and use the speaker as a hands-free calling device.

These are two of the best Bluetooth speakers we’ve ever tested. We also recommend the rugged Braven BRV-X Speaker for use while camping or in other outdoor situations. Like the 855s or 850, the BRV-X includes a USB port on the back that charges a phone when needed. An auxiliary input makes them useful even for non-Bluetooth devices. 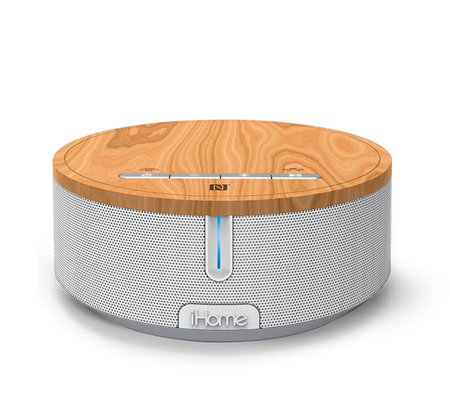 The iHome iBN26 NFC enabled speaker doesn’t sound like a high-end set of speakers, but it pushes decent sound and doesn’t cost a lot at only $80. See the video below.

The iBN26 takes up little desk or shelf space and includes a USB charging port and auxiliary input on the back. Touch a phone or tablet with NFC built-in to the top of the speaker and this brings up the phone’s Bluetooth pairing mode and connects the speaker with the phone quickly and easily. On a Samsung Galaxy Note 3 it worked flawlessly. 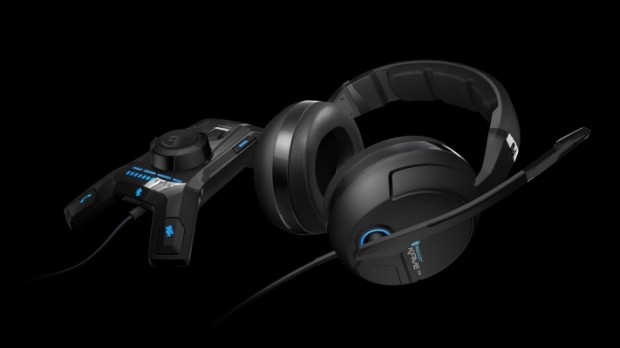 These awesome gaming USB headphones give the user 5.1 surround sound and Bluetooth connection to a phone.

Gamers will enjoy the Roccat Kave XTD 5.1 Digital gaming headphones. The headphones plug into the USB port on a Windows computer, giving the user an awesome simulated 5.1 surround sound experience as they play video games or watch movies. The headphones mimic surround sound while playing audio from the computer. If a bad guy creeps up behind you in a fragfest, then these headphones will help you hear the bad guy behind you in the game so you can turn and nail him. This works surprisingly well for games or movies.

Why include them in this post about Bluetooth speakers or adapters? The headphones also include Bluetooth, so a gamer can pair a smartphone and take calls during a game. This means the gamer or movie watcher won’t miss their calls, and they can play their music on their phone while playing games. There’s no 5.1 surround for Bluetooth audio, but who needs it just for calls?