It was just moments ago that Apple shocked the world and revealed a new product category for the first time in half a decade. Called the Apple Watch, the devices feature a miniature screen and detachable wrist bands. Together they represent a new age for Apple and for it’s users. With the Apple Watch, every day tasks could be a lot easier.

Here are some of the impressive Apple Watch apps that were shown during Apple’s iWatch Keynote. Many of them were created by Apple specifically for the Apple Watch, while one was created by a third-party company who’ll no doubt be joined by other companies when Apple Watch finally reaches store shelves. 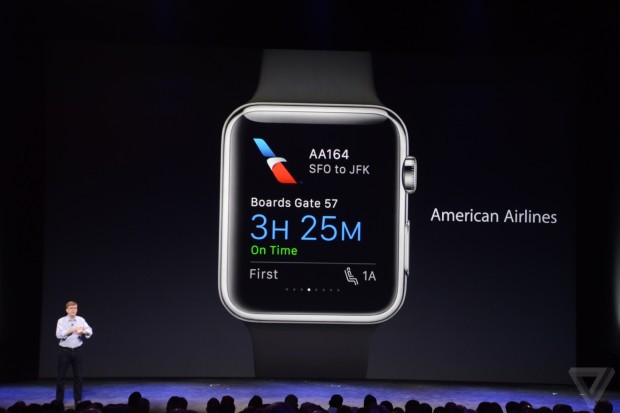 One of the biggest reasons we buy smartphones, tablets and now, potentially, smartwatches, is that they make life easier. When Apple first announced that it had plans to open the iTunes App Store, one of the first industries to take advantage of what was being offered were the airlines. With the Apple Watch, the airlines are coming back in a big way.

Showed off on stage, American Airlines’ Apple Watch app will let users board planes and see their flight status all without pulling out their phone. 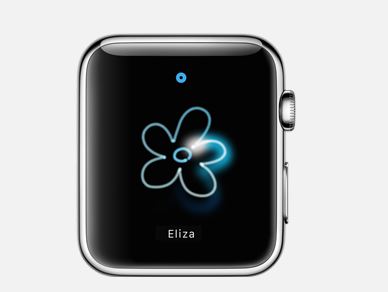 There are sometimes when users would just like to quickly get a message to a close friend without having to do a lot of extra work. To solve that problem many smartphones now include gesture based keyboards so that users can compose messages without lifting their finger. The iWatch, will let users send messages to each other even faster than gesture based keyboards.

How will it do this? By letting users compose little drawings on the Apple Watch screen with their finger. Apple Watch buyers will be able to do this without ever pulling their phone out of their pocket. 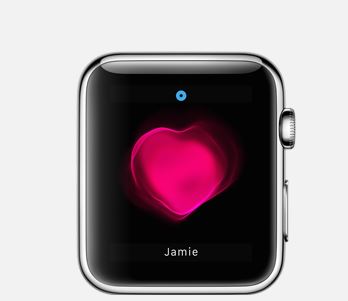 The Apple Watch includes a sensor that allows users to monitor their heart rate. Think of it less as a fitness wearable and more of an easy way for users to tell if they’re staying active. On stage Apple representatives also revealed that users can have the watch monitor their heart beat and send it to someone else as vibrations. Heatbeat sending is strange, but it could be the ultimate token of love some couples have been waiting for. 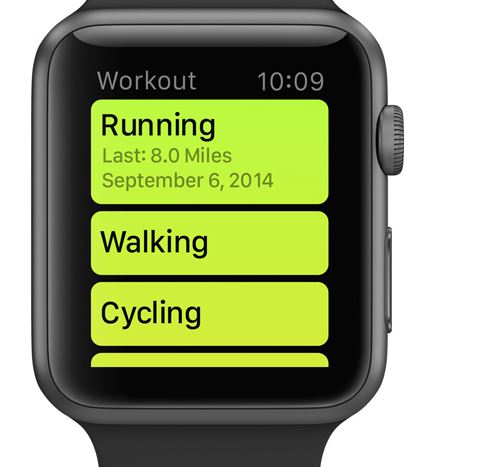 First and foremost, this new generation of smartwatches were created with fitness in mind. That is to say, that it’s Apple’s hope that Apple Watch lets users stay active and live a healthy lifestyle. Workout for Apple Watch will attempt to do just that. The app Apple showed in a video included presets for running, walking cycling and more. The Apple watch itself won’t be able to interpret all a users movements, but a more powerful motion chip inside the iPhone 6 and iPhone 6 Plus will let the watch gather information about its wearer’s movements. Apple says the app that it’ll connect with older iPhones to get GPS and sensor data too.

The best part about Workout for Apple Watch? It and the Activity app include reminders for even things as simple as remembering to stand up every once in a while. 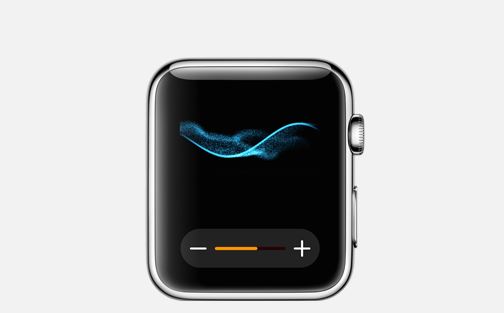 Apple didn’t exactly show users every feature the Apple Watch will come with when it eventually arrives on store shelves. Some of them it just talked about, but even the mere description is enough to get you excited.

During the presentation Apple revealed that buyers will be able to use Apple Watch to talk to their friends and family without pulling out their smartphone In effect, the Apple Watch will turn into a wrist-mounted walkie-talkie for those who don’t mind being seen talking to their arm.

Another feature mentioned on stage was the ability to control the Apple TV directly from the Apple Watch. As potential buyers will hardly ever take off the Apple Watch, having Apple TV controls makes sense.

Then, there’s the View Finder. Apple also says that buyers will be able to use their Apple Watch as a viewfinder for their iPhone’s camera. What that means is that users could take out their iPhone, put it anywhere and see what the iPhone’s camera sees. It’s not immediately clear how useful that would be, but it’s hard not to imagine that someone wouldn’t mind sitting their iPhone in a holder and seeing what their devices sees without having to repeatedly walk behind it and look at the screen.

So far, we don’t have all the information we need on the Apple Watch. For its part, Apple is saying that users can expect the Apple Watch on store shelve in “Early 2015.” It’s also confirming  that the Apple Watch will cost users $349.99 and be compatible with the iPhone 5s, iPhone 5c,  iPhone 5, iPhone 6 and iPhone 6 Plus.